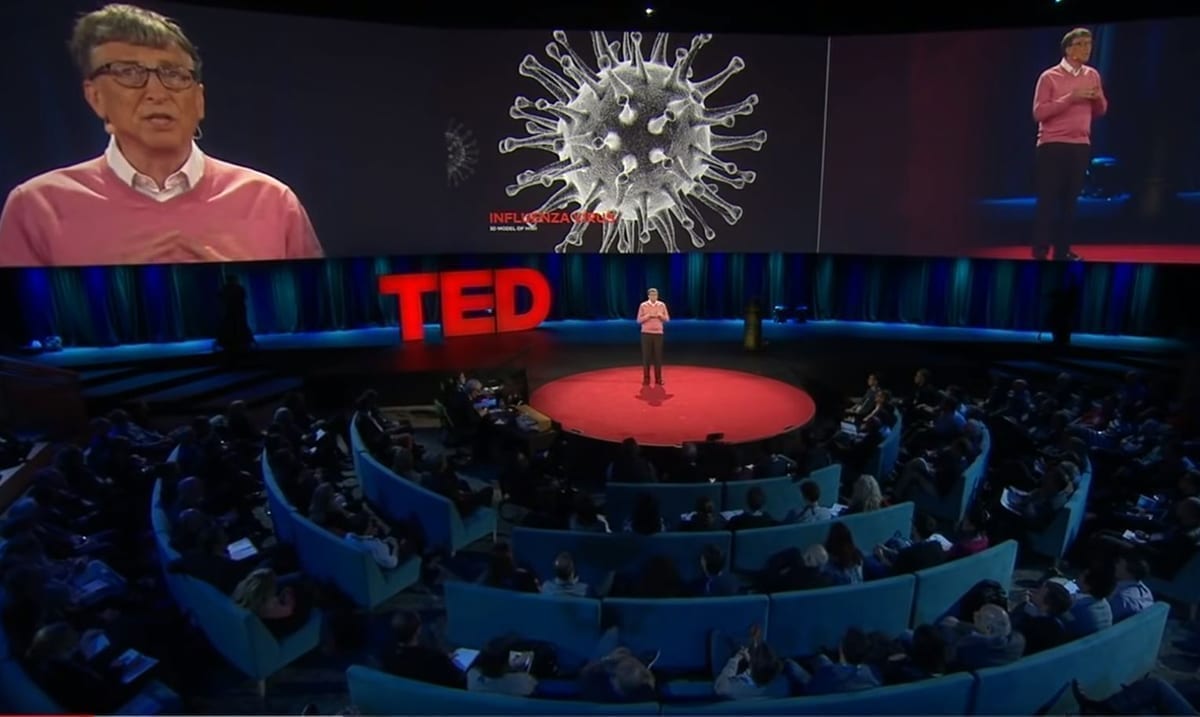 For some reason, at the time this TED talk did not get much exposure but now, people are really letting it sink in. Bill Gates during a roughly eight-minute TED talk in 2015 really brought some interesting things to light.

Within this talk Gates, just roughly a year after the Ebola outbreak talked about how we as a whole were not ready for another outbreak. He noted that we after seeing what happened with Ebola should be well aware that our systems need to be changed and that we are just not prepared to handle such widespread outbreaks. This speech makes it much more clear how unprepared we are even now as the novel coronavirus spreads.

Within the description for this video on YouTube, TED Talk’s channel wrote as follows:

In 2014, the world avoided a horrific global outbreak of Ebola, thanks to thousands of selfless health workers — plus, frankly, thanks to some very good luck. In hindsight, we know what we should have done better. So, now’s the time, Bill Gates suggests, to put all our good ideas into practice, from scenario planning to vaccine research to health worker training. As he says, “There’s no need to panic … but we need to get going.”

During this speech, Gates talks about how things were when he grew up and what steps we as a whole should have already been taking now in order to prepare for something like what we’re now dealing with. He made it clear to note that when it comes to global catastrophe our greatest threat doesn’t look like nuclear war but instead a virus or overall sickness. He stated that ‘if anything kills over 10 million people in the next few decades, it’s most likely to be a highly infectious virus rather than a war.’

When going over the way we handled the Ebola outbreak he noted that we did not do anywhere near as much as we should have. Instead of having a system that didn’t work well enough we ‘didn’t have a system at all.’ We as a whole have not been taking this kind of thing as seriously as we should be and the panic we’re seeing now while heartbreaking might be enough to bring forth some kind of change in the future.

To hear Gates’s speech for yourself please check out the video below. He clearly had a lot more on his mind than most at the time and if we had listened then perhaps things would not be as they are right now. What do you think about what he had to say and how it applies to our situations right now in the present time?