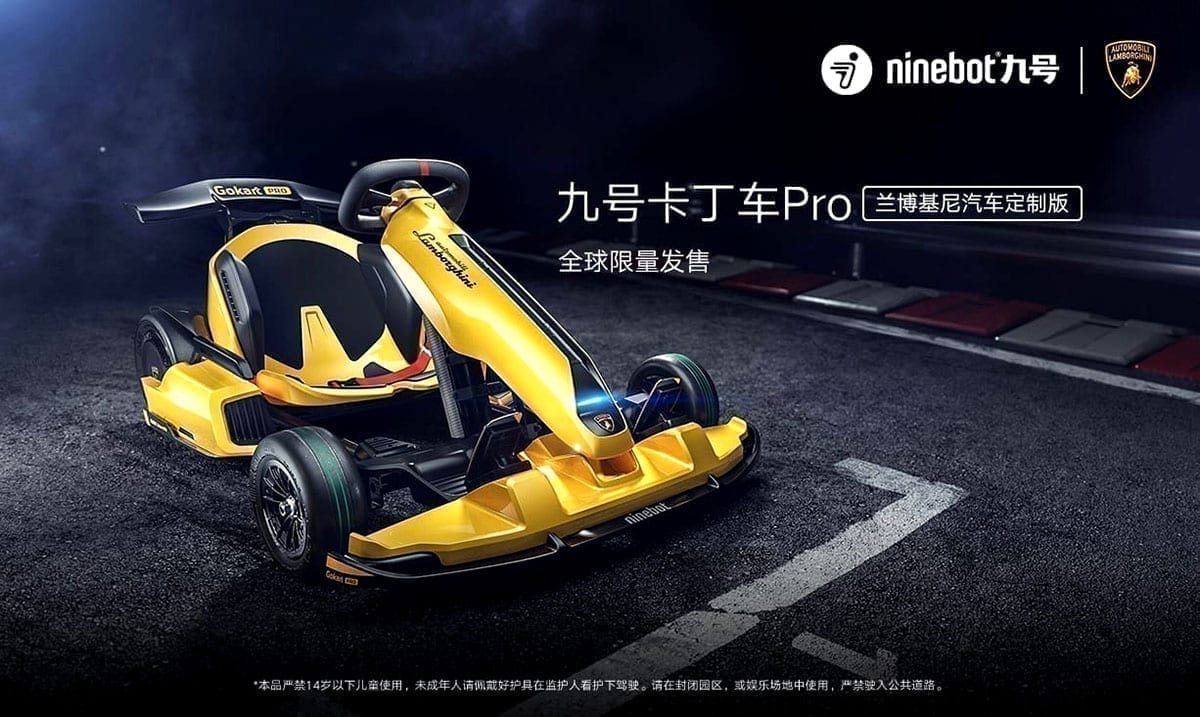 If You’ve Always Wanted A Lamborghini But Never Been Able To Afford One, Here’s Your Chance

By Gerald Sinclair September 17, 2020 No Comments

Sure, it might not be a car but the ‘Lamborghini Go-kart’ is pretty interesting and quite affordable. I know, the concept itself might sound a bit odd but this interesting little thing seems quite fun.

According to Maxim, the Chinese electronics giant Xiaomi partnered with Lamborghini to make the ‘Ninebot x Lamborghini GoKart Pro’ and it’s pretty unique and much less expensive than most would assume. Somehow this item holds the Lamborghini name and is only around $1500. This go-kart comes in that Giallo Orion yellow that so many know and love, plus it has traditional Lamborghini lettering and graphics.

As you can see below, this go-kart is pretty slick looking and also quite futuristic at the same time. It is even noted as having an ‘audio emulation system’ this meaning it is supposed to sound like a Lamborghini as well. Could you imagine zooming around your yard or perhaps some kind of track in this? I for one would be stoked. 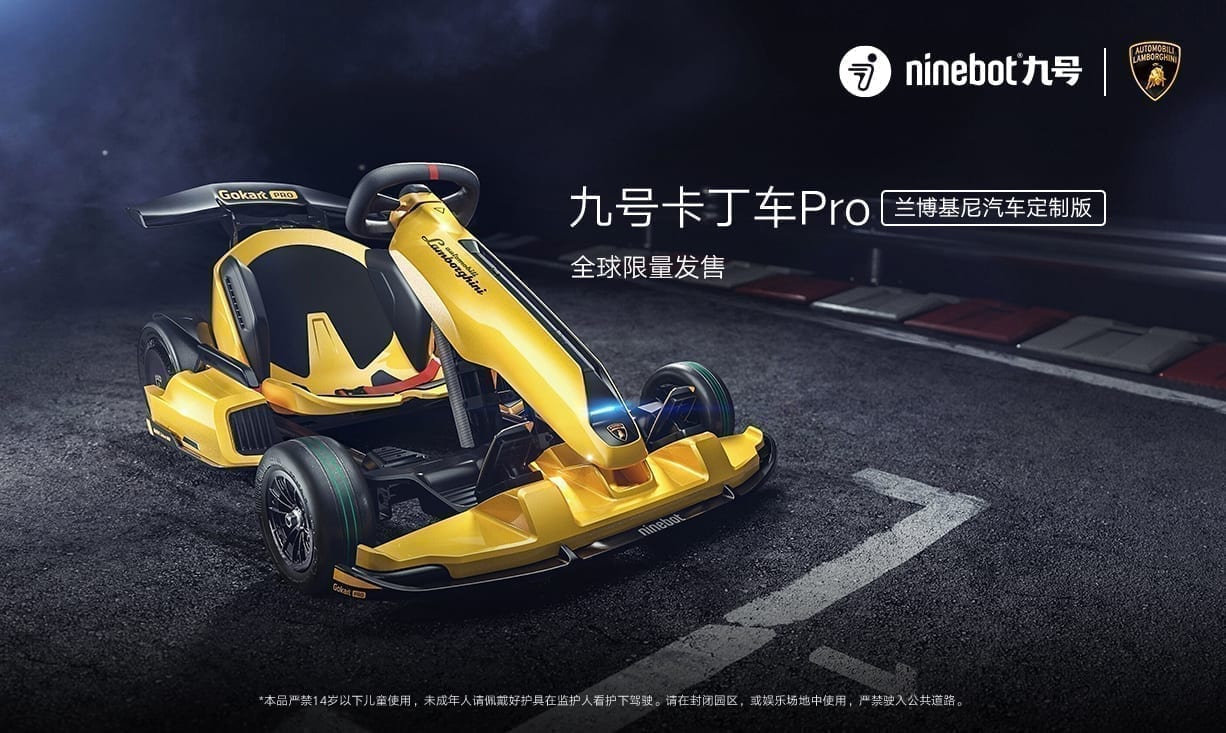 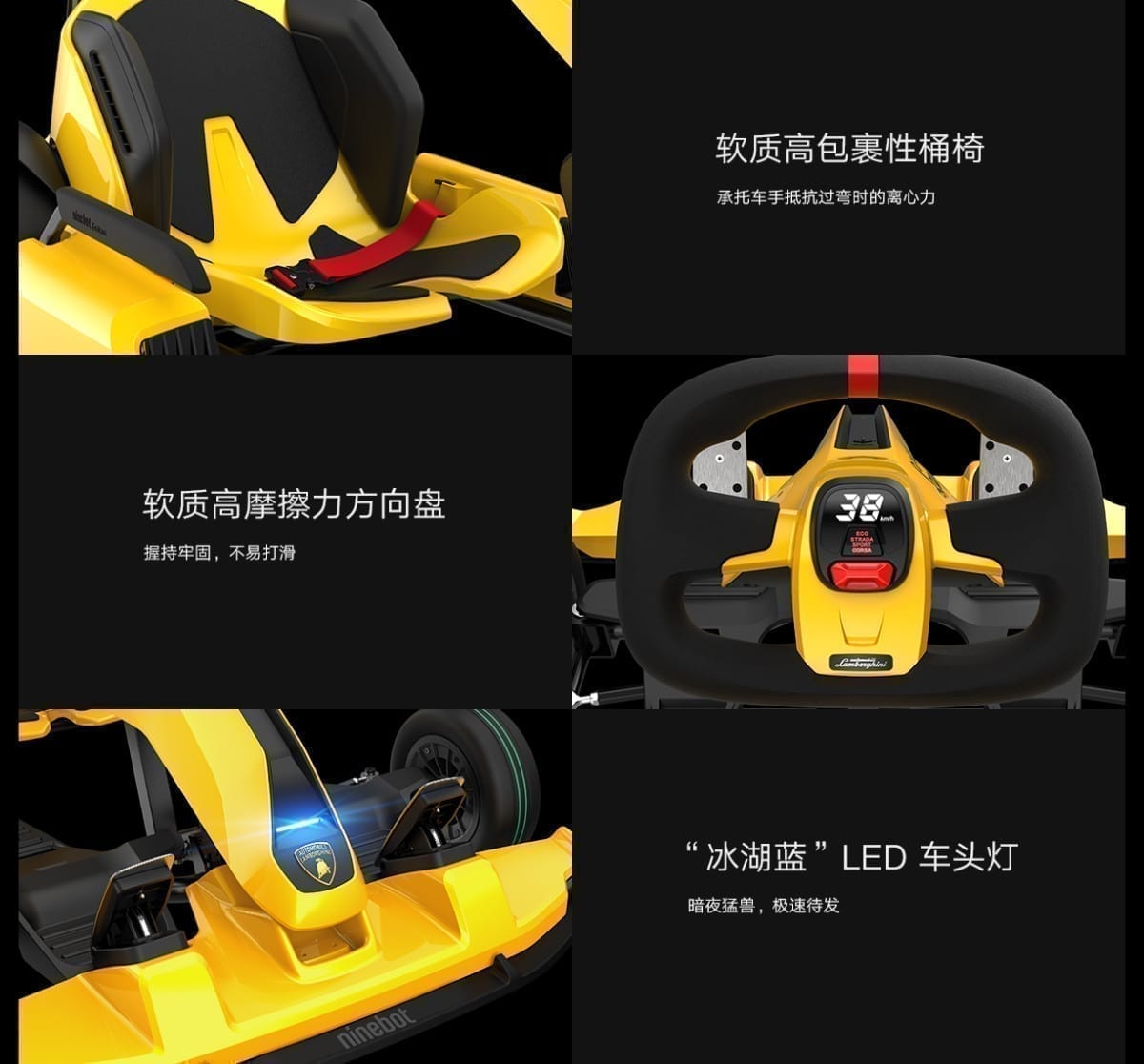 Car Scoops wrote as follows on this interesting go-kart:

Officially dubbed the Ninebot GoKart Pro Lamborghini Edition, the kart is painted in a traditional shade of Lambo yellow and includes the Italian automaker’s stickers and badges. It has been launched to celebrate the 10th anniversary of the Japanese company and will set local buyers back 9,999 Chinese Yuan, the equivalent of $1,479.

Based on the pre-existing Ninebot GoKart Pro, the Lamborghini Edition is all-electric and features a 432Wh battery pack with four air ducts that is said to be good for 62 laps of a 400 m (1,312 foot) circuit at an average of 40 km/h (25 mph).

Xiaomi has also fitted the electric kart with custom tires that are said to make it easier to drift. What’s more, it also features an engine sound profile system that emulates the sound of a real Lamborghini with a roaring V10 or V12 engine.

As far as karts go, Xiaomi’s creation is really striking. The front features a Formula 1-inspired wing while there is also an ergonomic seating area. What’s more, the kart has a small race car-esque steering wheel and a towering rear wing. We’re sure it is a ball to mess around in, but it is unclear if it will be sold outside of China.

Sure, it’s a bit tiny and it might not look like much to those who just want a go-kart but if you love Lamborghini this is a must-have, and I am sure you can tell why. That being said, at the moment it’s sold out, and we’re not sure when it will be available again or if it will be. However, since it was initially launched in China, there is now talk of bringing them to Europe and the US for sale according to Bussiness Insider.

To see more of this go-kart take a look at the video below. Would you give it a go? I for one think it would be a lot of fun, even if it isn’t as fast as I would like for it to be.