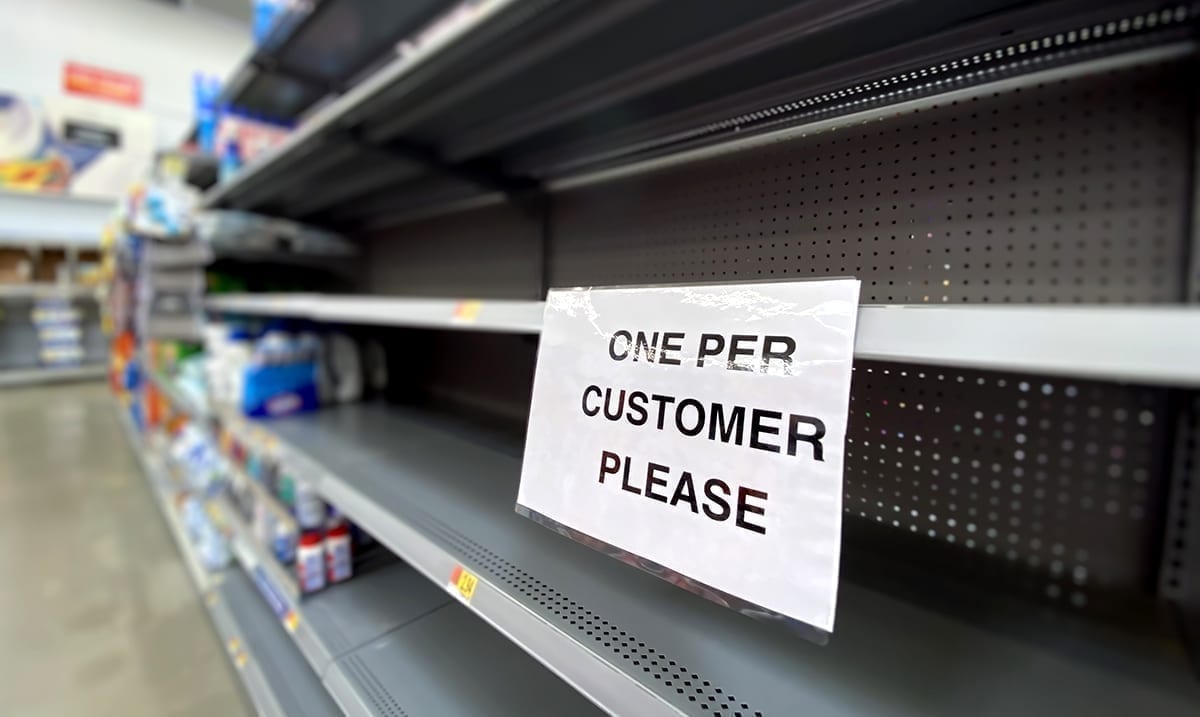 If You’re Struggling To Find What You Need At The Grocery Store, This Is Why

As the days pass it seems like stores just cannot keep up with the demand placed on them. While Walmart and other stores of the sort are closing at night in order to try to restock, each time we go it seems emptier than ever, doesn’t it?

This is all because of how we as the public reacted to the pandemic before us. With so many going out and buying things up in bulk, a lot of us are unable to find the things we want to buy when we’re at the store for groceries or other things of the sort. As long as people are buying things up as soon as they see them thinking they may not get the chance again, the shelves will remain empty.

When it comes to some things, the shipments coming and going are temporarily banned at the moment and actually even Maersk (AMKAF), according to CNN has recently said it suspended all crew changs for a month to try to minimize risks in regard to quarantines. This meaning, it’s safe to say things are quite strained in this area.

CNN also reported as follows on the topic:

The transportation links that move food around the globe are being tested in unprecedented ways. Shipowners are struggling to change crews and move goods between ports. Airlines have grounded thousands of planes, slashing air freight capacity.

Travel restrictions also are clogging up road networks and making it difficult for farm workers to get where they are needed. And at the end of food supply chains, supermarkets that have come to rely on just-in-time deliveries have been upset by huge demand and panic buying.

Global stocks of staple commodities such as wheat, corn and rice are at healthy levels, said Maximo Torero Cullen, chief economist at the United Nations Food and Agriculture Organization. But logistics bottlenecks need to be identified and resolved quickly to ensure goods can get to where they are needed, and protectionist policies avoided, he added.

Kazakhstan, a major wheat exporter, temporarily banned shipments of buckwheat, rye flour, sugar, carrots and potatoes earlier in March because the government was worried about domestic supply. While the restrictions have since been eased, similar moves by other countries could be problematic.

While a lot of people believe things won’t get bad (or perhaps worse) and that eventually store shelves will be stocked back up properly, time is the only thing that can truly tell. Regardless, there is no denying the photographs all over the web of empty shelves. That all having been said, we don’t really know what the future will hold.