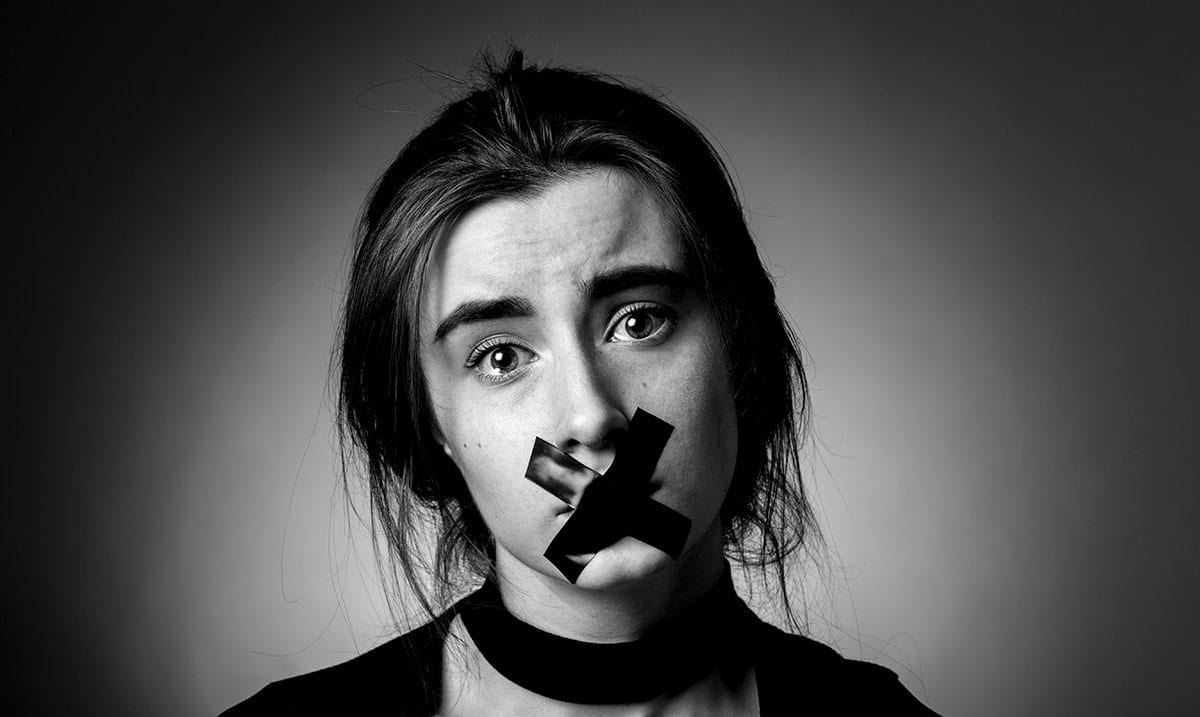 If Your Voice Held No Power, They Wouldn’t Try To Silence You

By Gerald Sinclair February 25, 2020 No Comments

There are tons of manipulative people in this world and those people will try to gain control over you and your life. While you might not notice them, to begin with, the more they work to bring you down the easier they will be to spot.

If you think someone in your life might be trying to manipulate you on a psychological or emotional level you need to get things figured out and limit your exposure to that person, big time. While not all manipulators are direct about it, the more aware you are of what to look for when it comes to their tactics, the better.

Below I am going to go over some of the signs that you should be looking out for especially if you think someone is working to control you. People who do these things deserve no place in your world. Cut them out!

9 Signs Someone Is Trying To Psychologically Manipulate You:

1. This person is always trying to guilt-trip you into doing what they want you to do.

When someone wants you to do something you don’t want to do they will be more than willing to manipulate you into it. They might bring up things they’ve done for you in the past or things they’ve gotten for you. Manipulators only do things for people so that they can bring them up later when they feel it is time for them to get what they want.

2. This person is always trying to sway your interests.

Manipulative people are almost always trying to sway the interests of other people. They want you to like the things they do and align yourself with them on a core level. If you’re doing your own thing it’s harder for them to get control over you and that’s not what they want at all.

3. This person is constantly playing the victim.

When you’re facing someone who refuses to own up to his or her wrongdoings chances are you’re dealing with a manipulator. Manipulative people will always play the victim. They won’t ever just own up to the things they’ve done and apologize properly.

4. This person never follows through with what they say they will do.

Manipulators are not people you can count on. They will always say one thing and do another. The more you try to rely on them the more apparent it becomes that you really can’t.

5. This person is constantly judging and criticizing you.

These kinds of people love to judge others and make them feel bad in any way they can. Manipulative people are often the kind to overly criticize. They want to make you feel like being in their lives is a treat that you should not take advantage of even though it’s complete bull.

6. This person never gives you time to think things through.

Manipulative people are usually quite bombarding. They want you to do things right then and there versus actually having time to think them over and make your own decisions. With manipulators, it’s usually ‘now or never.’

7. This person is always trying to use your weaknesses against you.

Manipulators aren’t good listeners unless you’re sharing something with them that they can use against you. They will bring your weaknesses up when they know it will hurt you the most and not hesitate to do-so. The more you allow them to know the worse off things will become.

8. This person wants to move way too quickly.

9. This person seems to force his or her insecurities onto you.

Manipulative people usually use their insecurities against their partners. For instance if he or she is worried about something that something might be brought up in regards to you time and time again. If your MP is worried about his or her weight chances are they’ve called you fat quite a few times as a result.