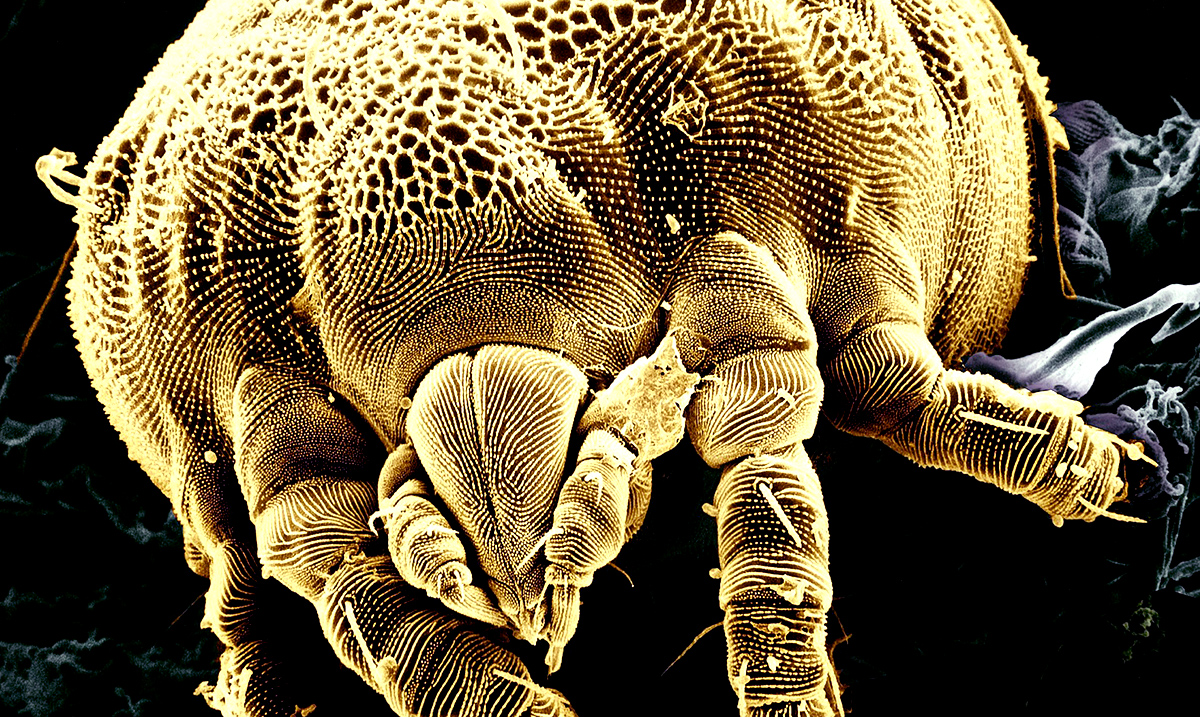 By Gerald SinclairOctober 2, 2019No Comments

While you cannot see them, there are lots of mites living on your face right now. Our faces secrete a lot of oils and these mites love eating those oils.

It sounds scary but this is no cause for alarm and is perfectly normal overall. These mites are of the genus Demodex and are for the most part just referred to as face mites. They live simple lives buried in our pores and while some people don’t have them, most do. That being said, the most unsettling thing about these little creatures is that while we’re sleeping they come out on our faces to mate.

National Geographic notes that these mites were discovered back in 1841 but not truly something we were properly aware of until about a year later. Through the study of acne, a dermatologist named Gustav Simon noticed one of these mites as he was using a microscope for his research and from there he was able to determine it was, in fact, an animal. We can come a long way since then but still have a long way to go regarding research on these tiny buggers.

An article on this topic published by NPR spoke with an entomologist at the California Academy of Sciences (Michelle Trautwein) and she told them that out of the over two thousand people she’s tested for these mites from all over the world, not one of them was lacking the presence of these mites. These mites only live for about two weeks so mating is very important when it comes to their continuation on our skin. They spend most of their time tucked within our pores but that doesn’t mean we can simply scrub them away. To be completely honest they’re extremely hard to get rid of.

Trautwein actually mentioned as follows which might give you a bit of peace of mind:

“They’re not dangerous in a broad sense because we all have them and most of us seem to be cohabiting quite well with them.”

“We mostly share them within family units, and it seems like you are probably initially colonized soon after birth, most likely by your mother, traditionally speaking in human history.”

“Face mites are definitely the species of animal that we have the closest connection with as humans, even though most of us don’t know about them or ever see one in our lifetime.”

“We still have this very ancient and intimate relationship, and it seems clear that we’ve had these face mite species with us for all of our history. So they are as old as our species, as old as homo sapiens.”

While these little critters are very common we don’t know much about them and more research is needed. In the future perhaps we can begin to better understand where these mites came from and how to move forth in regards. What do you think about all of this? I for one will be cleansing my pores a bit more frequently whether it will get rid of all of them or not.