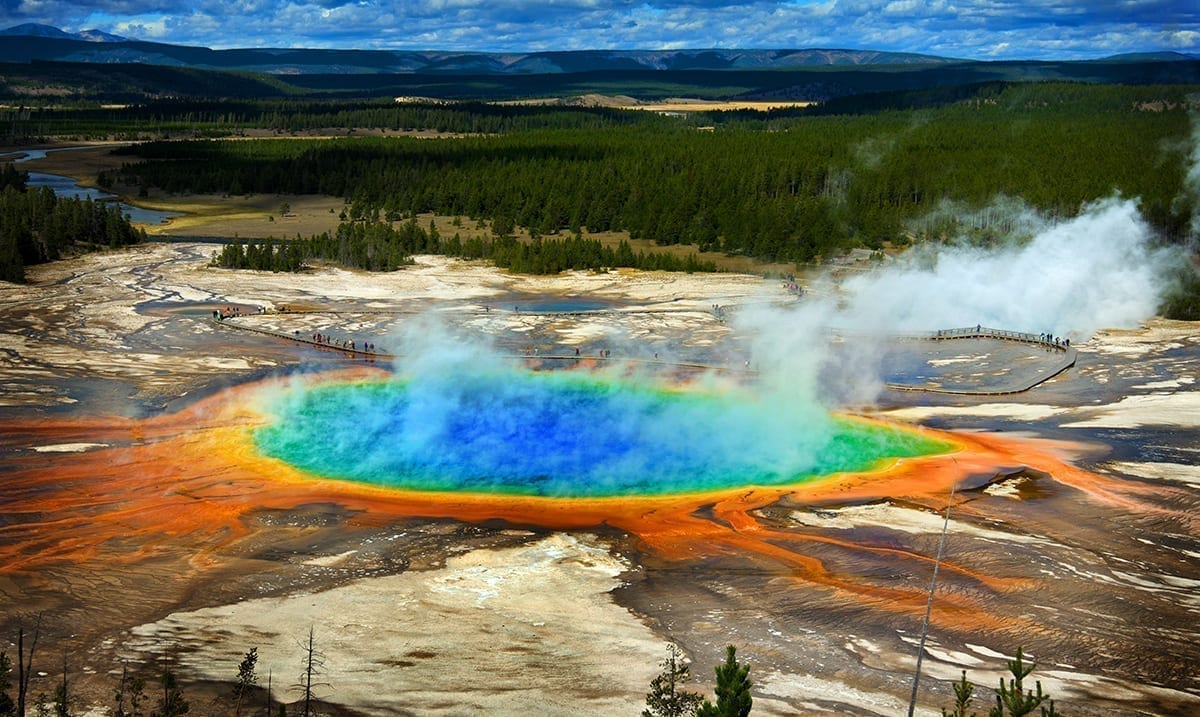 First off before we dive into the earthquakes and things of that nature that Idaho have been seeing we should note that while the public is concerned about an eruption and believes this seismic activity could trigger it that in itself is extremely unlikely. When it comes to things like this we honestly allow fear to get the better of us.

Idaho for those who do not know has according to Popular Mechanics been shaking since March 31st. It’s been seeing a lot of seismic activity and while we’re used to this in Yellowstone areas, this isn’t quite a ‘Yellowstone area.’ Actually, according to Express Idaho faced a 6.5 magnitude earthquake that was ‘believed to have been so powerful that it practically submerged an entire beach.’ When things like this happen so close to things like super volcanoes of course we as the public are going to be confused, concerned, and well afraid.

Popular Mechanics wrote as follows about all of this rumbling and Yellowstone itself:

Fear not: Even though Idaho is still rumbling, that doesn’t mean Yellowstone is headed for an eruption.

Idaho lies along the northern edge of a geologically active region called the Basin and Range Province. This region, which spans eastern California to Utah and down into Sonora, Mexico, has been stretched taught over the past 20 million years, creating a series of wide valleys and vast mountain ranges. It’s also chock full of old seismic faults—just like the one that sprang to life on March 31.

Yellowstone last erupted 70,000 years ago, according to the U.S. Geological Survey. Since then, there have been over 10,000 magnitude 6-or-higher earthquakes in the western U.S. While the temblors can occasionally spur rumblings at the national park’s geysers—as a magnitude 7.3 earthquake in Colorado did in 1959—they aren’t likely cause a volcanic eruption.

Now, while we are still seeing seismic activity it doesn’t mean something life-changing for the whole world is imminent. Of course, we are still questioning some of the things to do with the recent earthquake that was noted earlier on in this article but things like this just happen sometimes. It has been noted the recent earthquake itself could have somehow been caused by some kind of jump in energy between the fault, but we are not certain of that just yet.

When we see earthquakes this prominent sometimes we also end up facing lots of aftershocks which is likely what most of this seismic activity we’re still seeing is. Sure, it’s confusing and scary but it’s not something we should be trying to flee the country over. Yellowstone is still as quiet as ever and it’s going to take more than this to cause an eruption.