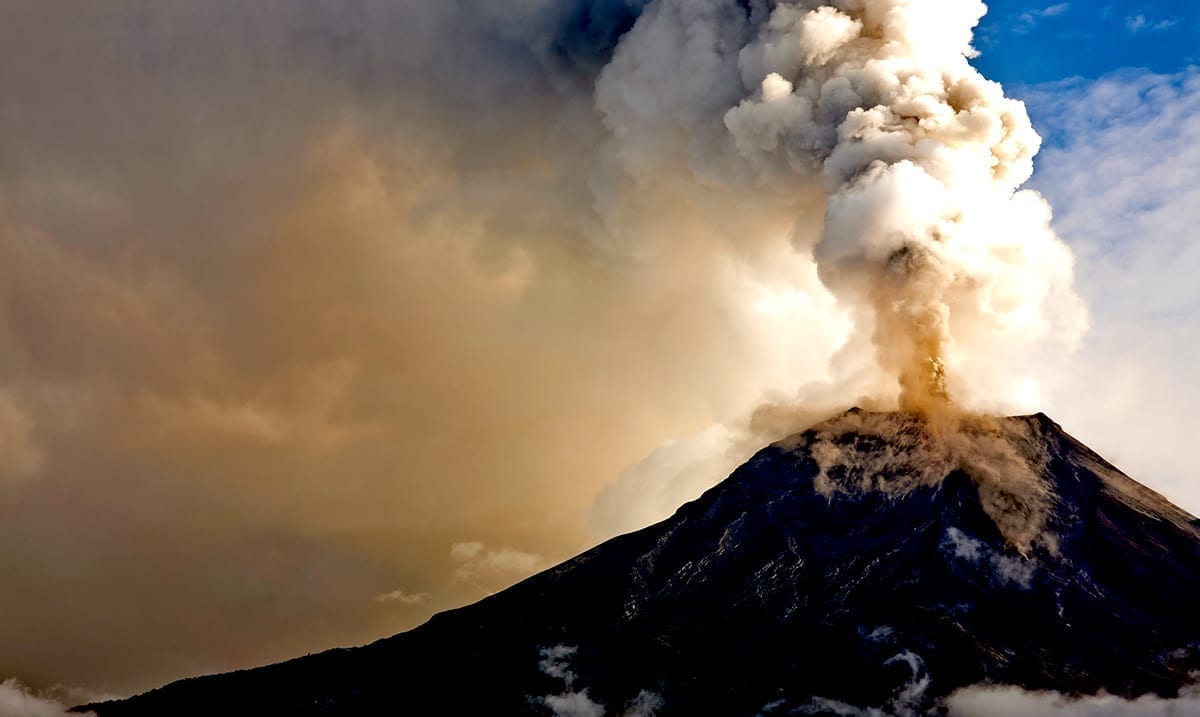 By Gerald SinclairOctober 10, 2020No Comments

It seems that the most active volcano in Iceland might be about to erupt once again. While we do not yet know for sure, we do seem to be seeing signs that it could be coming.

According to The Icelandic MET Office, the aviation color for this specific volcano, Grimsvotn has been changed from green to yellow. This because as of late there has been a lot more seismic activity in the area as well as geothermal activity. While that might not sound like much to some, those who research this kind of thing know what it could end up meaning.

It has also been noted that the ‘surface deformation has exceeded the level it was at prior to the 2011 eruption.’ This volcano is one that holds pretty massive eruptions when it does blow and with this threat level having been changed, it could end up being a real issue for air travel if it does end up erupting. With the heat from this volcano being quite high right now, we’re not sure just what will end up happening as time continues to pass.

RTE wrote as follows on this topic:

Grímsvötn is Iceland’s most frequently erupting volcano, and over the past 800 years some 65 eruptions are known with some certainty. The time gaps between eruptions are variable – and, for example, prior to the larger 2011 eruption there were smaller eruptions in 2004, 1998 and 1983 with gaps of between four and 15 years. Crucially, and with the next eruption in mind, Grímsvötn appears to have a pattern of infrequent larger eruptions that occur every 150-200 years (for example 2011, 1873, 1619), with smaller and more frequent eruptions occurring roughly once a decade in between.

A high frequency of eruptions at a volcano allows scientists to detect patterns that lead to eruptions (precursors). And if these are repeated each time a volcano erupts then it becomes possible for scientists to be more confident that an eruption is likely to happen in the near future. It is, however, seldom possible to be precise about the exact day.

Icelandic scientists have been carefully monitoring Grímsvötn since its 2011 eruption, and have seen various signals that suggest the volcano is getting ready to erupt. For example, the volcano has been inflating as new magma moves into the plumbing system beneath it (think of burying a balloon in the sand and then inflating it). Increasing thermal activity has been melting more ice and there has also been a recent increase in earthquake activity.

While we do not know if this eruption if it does come will be small or large, only time will tell. Iceland’s volcanoes overall are pretty complex and this one is no exception. While a blast in current times won’t be as intense as it was back in 2011, it is still something we all need to be aware of.

This volcano is one that would spew a lot of ash into the air and well, that could end up being dangerous depending on where the ash ends up. It would actually likely end up pushing ash particles and harmful pollutants over Britain according to The Sun. What do you think about all of this? I for one hope an eruption is not coming but it very well could be.