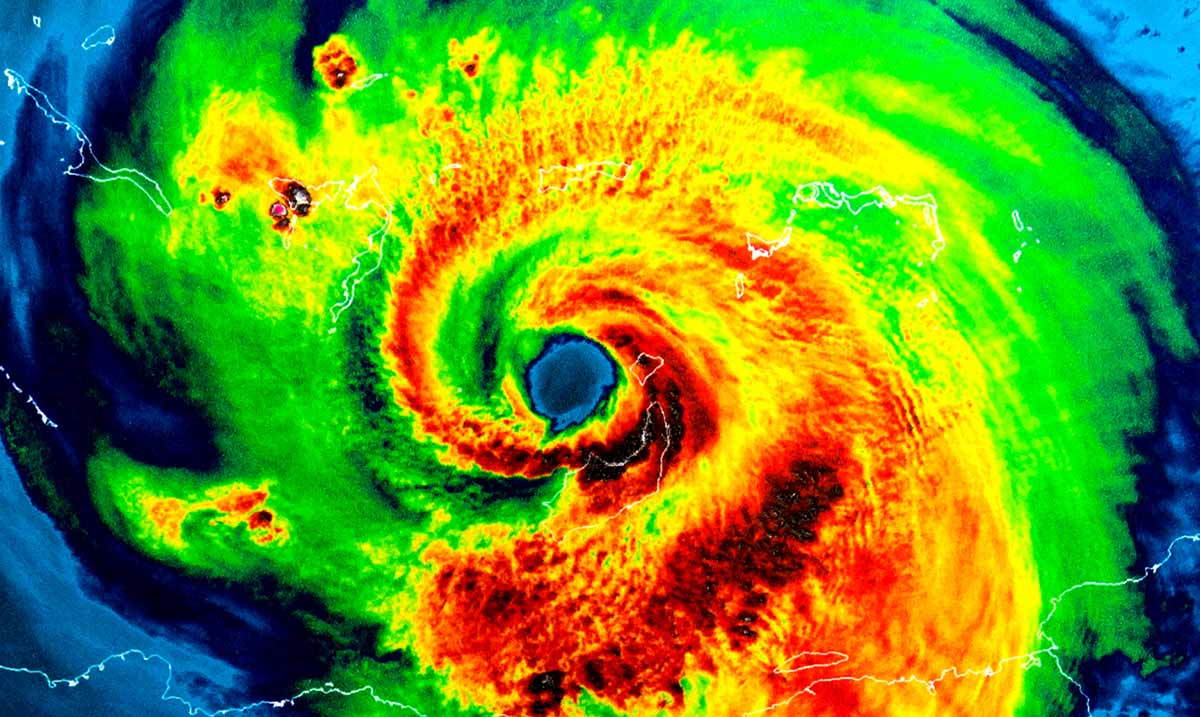 As we were warned, this year’s Atlantic hurricane season has been quite intense already and things have only seemingly just begun. Sure, it might not sound like a lot is going on but there are a lot of storms being names and well, things are quite intense.

Actually, according to Weather.com, we’ve used so many names for different storms that now we’re using the Greek alphabet to name storms. This is only the second time we’ve ever had to do this and well, it’s quite mind-blowing for a lot of reasons. While the hurricane season has not been going on long, we’ve already used up all the names on our list, and well, additional storms as noted will be getting their names from the Greek Alphabet as a matter of fact we’ve already got an Alpha and a Beta.

I know, this might not sound like much but using so many names so quickly is quite interesting and really concerning to me. Weather.com also noted that in the span of six hours on Friday we saw three storms form and that’s not something we’ve seen happen since August of 1893. We’ve not had to use the Greek alphabet for storm names since 2005 and well, that in itself was an isolated ordeal until now.

2020 is flat out absurd. #Alpha almost off the NHC map. That Portuguese radar is too much. I honestly can’t wait until this wretched season ends. pic.twitter.com/jgoHbVnfbY

Tampa Bay Times wrote as follows weighing in on all of this:

While there are 26 letters in the alphabet, each list consists of 21 alternating male and female names. For safety purposes, lists are supposed to include easily recognizable names. There aren’t enough well-known monikers starting with Q, U, X, Y and Z, so those letters are omitted.

On years that end in odd numbers, the list starts with a female name. Even years kick off with male names. The names are recycled every 6 years, though especially destructive storm names are retired.

If more than 21 named storms emerge in a season, meteorologists start naming storms after the 24 letters of the Greek alphabet (Alpha, Beta, Gamma, Delta, Epsilon, and so on).

Only one other season had so many named cyclones that the Greek alphabet needed to be used. 2005 broke records for its number of devastating storms, including Katrina, Rita, and Wilma. Six names from the Greek alphabet were used that year. But the Greek names didn’t start until October 22, 2005. And it’s the middle of September.

BREAKING: Tropical Storm #Wilfred has formed in the Atlantic.

This means we’ve now used all 21 names of the 2020 Atlantic hurricane season and will start using the Greek alphabet. @NOAA has predicted up to 25 storms, which would include #Alpha, #Beta, #Gamma, and #Delta. pic.twitter.com/317GQHvXgB

It is thought that this season itself will likely rake in more named storms than ever before and I for one see that happening considering all that we’ve noted so far. While the record is 27 named storms for 2005, since we’ve already named at least 22 this season and things are nowhere near over, beating that ‘record’ could be very likely. While some of these storms have gone on to become hurricanes and even made landfall in different areas, others have remained less of a threat. Regardless though, this season could be one for the books.

To learn more about all of this take a look at the video below. Sure, 2020 has been intense but it’s not over. We’ve moved through this list quickly and well, who knows how far we will get down the Greek alphabet from here?