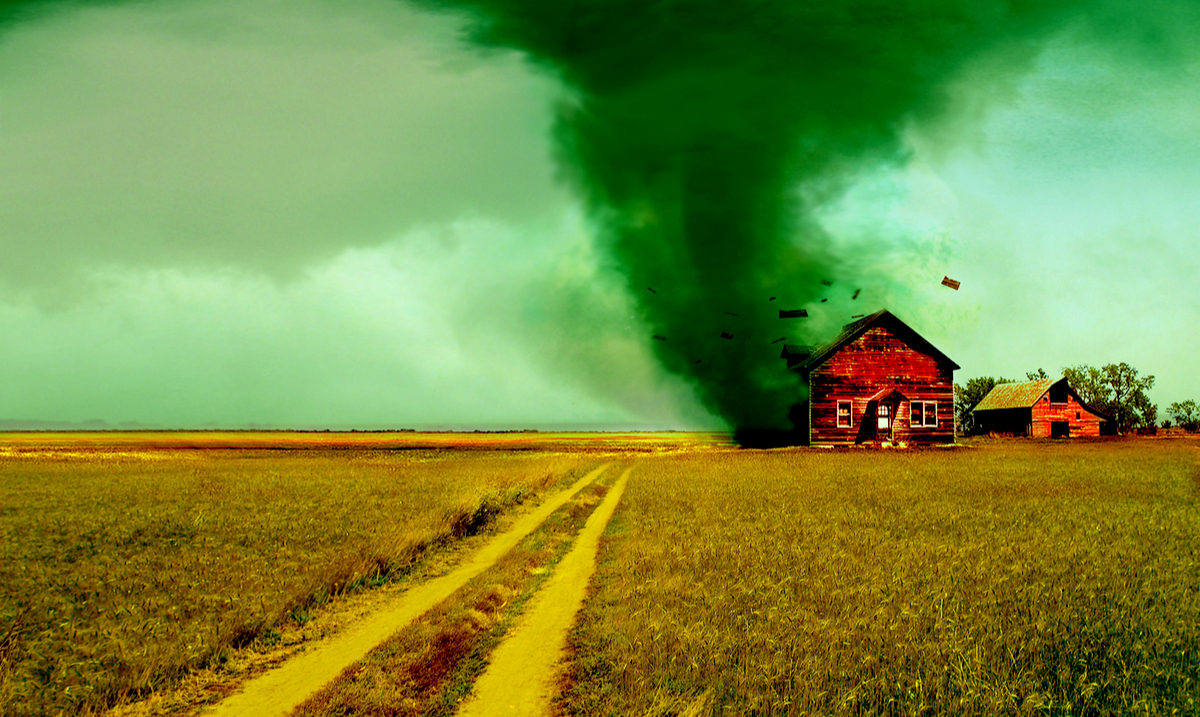 Hundreds Of Tornadoes Devastate The U.S In The Past Two Weeks

For those living in the Midwest, the past two weeks have brought terror, destruction, and total devastation. Sadly, a record-setting number of severe storms have wreaked havoc on various states, causing hundreds of tornadoes to touch down in various states located in the central/midwestern areas of the continent.

Referred to as a ‘stuck’ weather pattern, the series of tornadoes has been reported in the upwards of around 500 sightings, all of which have been reported within a 30-day time frame. To add even more mayhem to the situation, most of the incidents were reported within the past 12-13 days.

“What’s unusual is that we haven’t had any days off” from the tornadoes in the past couple of weeks, according to Storm Prediction Center meteorologist Patrick Marsh.

“While any single day hasn’t been much above average, what has been unusual is the ‘gluing together’ of the past 12-13 days of severe weather,” he said.

Sightings have been made from Arkansas, Oklahoma, Mississippi, and Louisiana, where around 10 million people live in flood zones. On Monday itself there were around 55 tornadoes that possibly touched down, and then another 27 on Tuesday. Tuesday marked the 12th consecutive day with at least 8 reported tornadoes.

Unfortunately, there have been several people who became casualties to the weather, dozens injured and hundreds of homes that were completely destroyed. According to Vox, many of those were ripped completely in half, leaving them appearing to the dollhouses of our past childhood.

Much of the damage was reported after Dayton, Ohio was hit on Monday, leaving snowplows to clean up the mass debris. Of course, it isn’t unusual for several tornadoes to touch down this time of year, however, according to one expert, we haven’t seen patterns like this in years.

“We haven’t seen a pattern this productive and that remained so productive for many, many years,” said Anton Seimon, a research assistant professor at Appalachian State University who studies thunderstorms and tornadoes.

So, what is causing all this devastation? According to weather specialists, there is a phenomenon referred to as the Madden-Julian oscillation. Periodically, this oscillation can cause the temperatures to rise, along with the moisture in the air. Victor Gensini, a professor of meteorology in Northern Illinois University explains by saying,

“Imagine somebody is in a pool over in the Indian Ocean bouncing up and down with a raft. That sends waves out across the Pacific Ocean in the form of the jet stream. A few weeks later, those waves arrive in North America and produce these severe weather regimes.”

His research detected a major increase in activity located over the Indian Ocean. And usually, this isn’t the case, but his research has helped predict the likelihood of tornadoes hitting in late May. As the season continues, the storms will begin to move north, and the storms will calm for the time being in the U.S.

But, for now, the majority of the United States remains in peak tornado season, meaning that there could be more devastation before everything is said and done. To be safe, Gensini explains that we should establish stronger building codes, and continue to phase out weaker structures that make us more vulnerable to the mayhem associated with the influx of these storms. And above all, stay informed regarding your local weather, as storms like these are typically sudden, and sometimes unexpected.