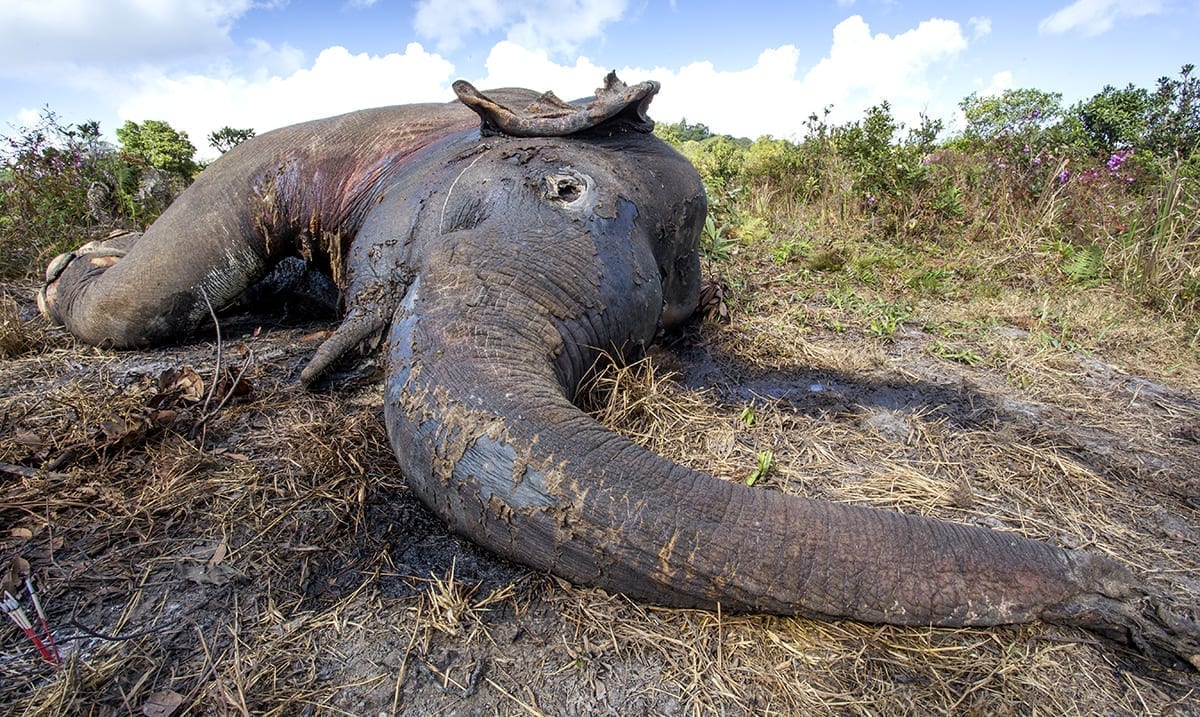 Over the past couple of months, it seems something quite mind-blowing has been happening. Elephants in Botswana have been dying in huge numbers.

Right now, we are not sure what is causing the deaths of these huge creatures and according to BBC, there have been at least 350 dead elephants found in Botswana in the Okavango Delta since May. Considering how many elephants are present in Botswana this is quite alarming because if there is something affecting them in such a manner more will end up dying if nothing is done. That having been said, there were deaths occuring before May, this issue according to Reuters stems back to October of 2019 at the very least.

Initially, it was thought to be an anthrax outbreak but that has since been ruled out. While some thought it was the result of poaching or poison according to Yale it’s not that simple and there is something else going on here though poisoning has not been completely ruled out. With elephant populations struggling as is, this is a huge issue we all need to be aware of.

Heartbreaking 💔
More than 350 elephants drop dead in mysterious mass ‘die off’ clustered around water holes in Botswana’s Okavango Delta
⠀
The carcasses are yet to be tested for pathogens or poison despite the first dying in EARLY MAY. https://t.co/tiSGyisEpB pic.twitter.com/xgFCEZ6nIP

Yale wrote as follows on this topic:

The most recent die-off has stumped wildlife officials. The elephant carcasses have been found intact, indicating they were not poached. Blood samples have been sent to South Africa for further analysis, though officials warn the results could be delayed due to Covid-19 lab closures.

Wildlife officials warned local villagers not to consume the dead animals’ meat, and are working to burn the carcasses, according to VOA News. They said they expect more animals to die over the coming weeks.

“We are still experiencing elephants dying in the Okavango Panhandle,” wildlife officer Dikamatso Ntshebe told reporters in Botswana. “We also see elephants that show that they are sick and are on the verge of dying.”

According to Dr. McCann who happens to be a conservationist who spoke with The BBC nothing but elephants are dying so whatever is going on is only affecting these giant creatures. While we will know more as time passes, this is heartbreaking to hear about, and if it is a dangerous disease that could potentially move into humans we’re in for a lot of trouble. However, we do not know about all of that just yet or if it is some kind of disease at all.

BBC noted that samples had been sent off from many of these dead elephants so we should be able to understand what is going on very soon. As these researchers get their results back perhaps they can narrow things down. Regardless though elephants dying like this is going to reduce their numbers in big ways.

What do you think could be happening with these elephants? Are they somehow being poisoned or is there a disease killing them off? Could this somehow not be one of those two options?