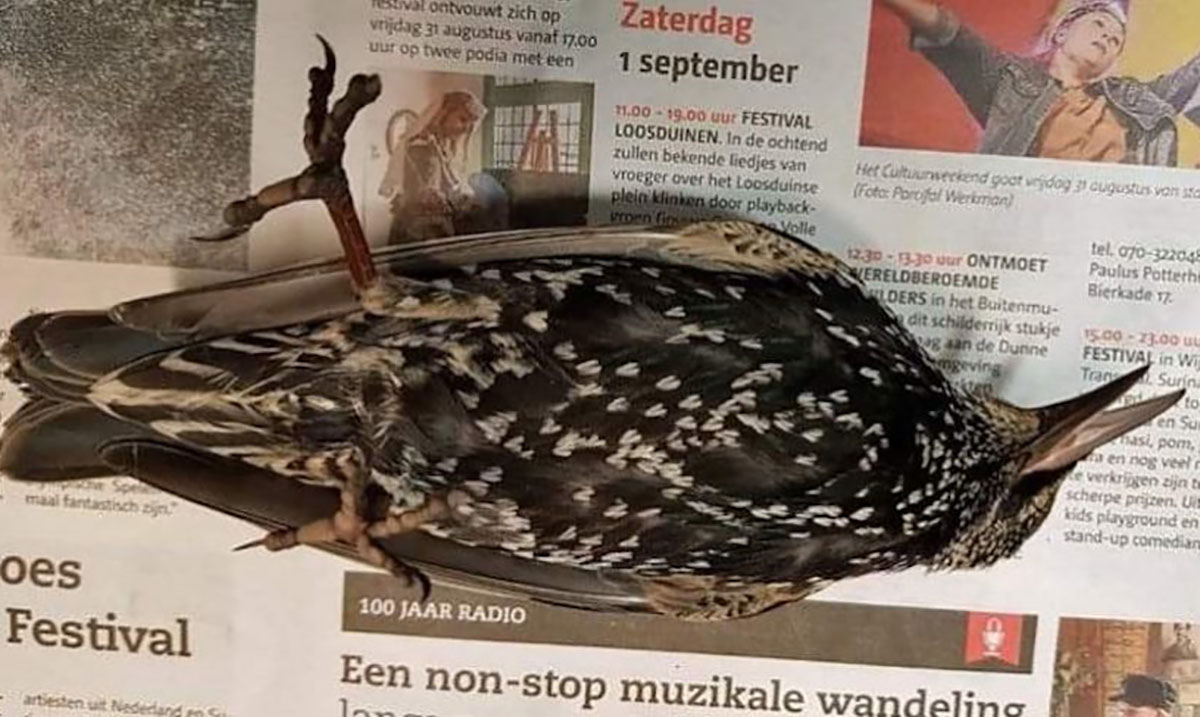 Hundreds Of Birds Found Dead In The Netherlands – What Caused This?

By Gerald Sinclair November 14, 2018 No Comments

In the Huijgenspark in the Hague hundreds of starlings have died. Their bodies were literally falling from trees by the dozens and no one seems to know why.

According to MSN, the Dutch Food and Consumer Product Safety Authority is having quite a few of these birds examined at the laboratory of Wageningen Bioveterinary Research. Even as the dead birds are being cleaned up their bodies still litter the area in large numbers. Several parts are blocked off and dogs are not allowed to visit in case this is some kind of disease that they do not need to be exposed to.

Many are speculating as to what might have provoked such a mass die off and nothing is set in stone just yet. These birds appear quite healthy and seem fine until they literally kill over. Robert Barker of the Party for the Animals referred to the location as looking like a crime scene and told MSN that whether they were poisoned or not something has to of been behind this and that it must be investigated.

This die-off happened just a few weeks ago and still not much has been released in regards. Several news sources seem to think that perhaps it had something to do with a 5G test that was being done in the area. Principia Scientific even went so far as to say perhaps the 5G microwaves were interfering with the hearts of these birds and caused them all to experience sudden heart failure.

Throughout the past year, sudden and unexpected die-offs have occurred for many species and birds were some of the most common. On November 4th dozens of dead birds were found along a lake in India and back in October hundreds of birds dropped dead out of nowhere in Poland. This kind of thing is not isolated in the least bit.

What do you think might be behind this? I for one hope the reason comes to light soon. Things like this bring forth so many questions and we all need answers. If you don’t mind reading subtitles feel free to check out the video below for more information.