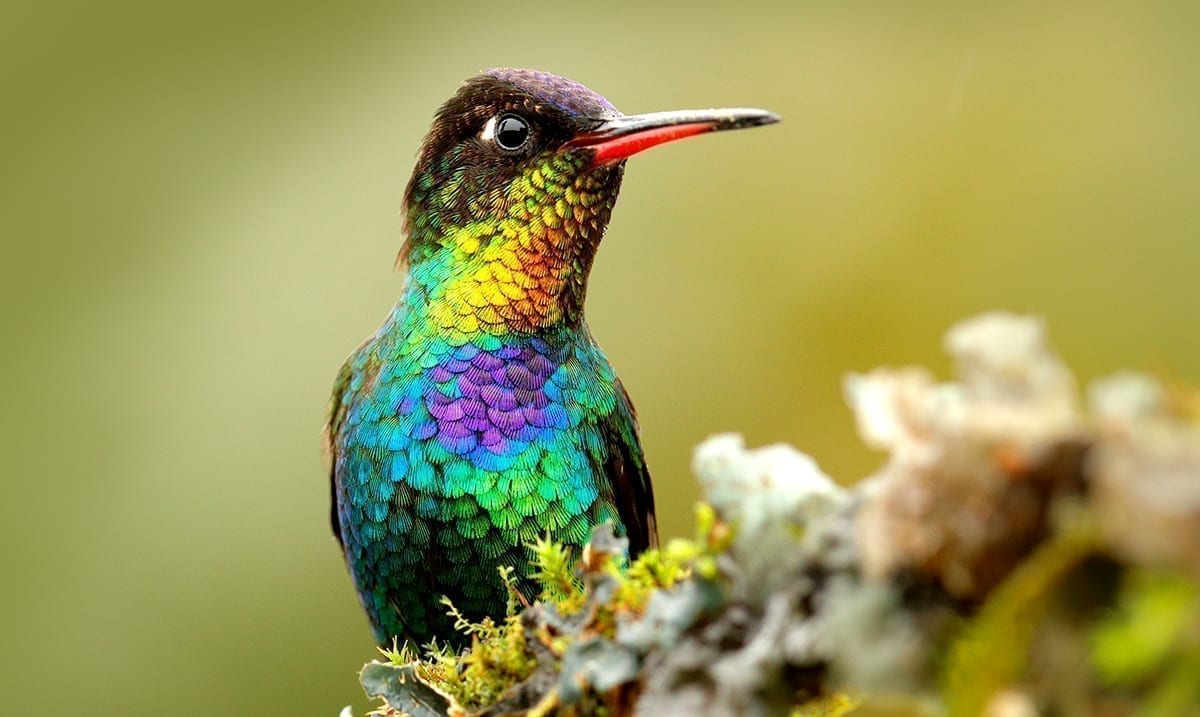 By Gerald SinclairJune 18, 2020No Comments

In recent times it seems something interesting has come forth about those cute little hummingbirds you see from time to time. As humans, we see a lot of colors but apparently, hummingbirds can see colors we as humans couldn’t imagine.

According to National Geographic Mary Stoddard birds, the hummingbird in specific (the wild broad-tailed hummingbird) can see a lot more than most thought initially. A paper on these findings was published in recent times within the journal PNAS and basically, it’s noted that hummingbirds are able to discriminate non spectral colors. This paper was published on June 15th and is still very new which makes it all the more interesting.

This study’s abstract goes as follows:

This study is important because it gives us a new look at how birds really see things. When it comes to birds and how they see, we really just don’t know much. While it might not sound like a lot, in the future research like this could help us to really gain a better understanding.

National Geographic reported as follows on the topic:

“It’s important to do the tests in the wild,” says Stoddard, “so that we can really understand these birds’ sensory experience of the world.”

The hummingbirds, which eat flower nectar, quickly learned to associate one color with a rewarding sweet sip, and the other color with unrewarding plain water.

Over three field seasons from 2016 to 2018, the scientists conducted 19 experiments and tallied some 6,000 hummingbird visits. By tracking the birds’ visits to the feeders, the scientists showed that broad-tailed hummingbirds consistently chose the feeder with the sweet taste, regardless of whether they had a nonspectral or spectral hue.

“Even when the colors looked the same to us—for example, when the birds had to choose from a feeder colored UV-green and one that was simply green—they could see the difference,” says Stoddard.

Birds are truly amazing and this only proves that further. What do you think about all of this? I for one cannot wait to learn more.