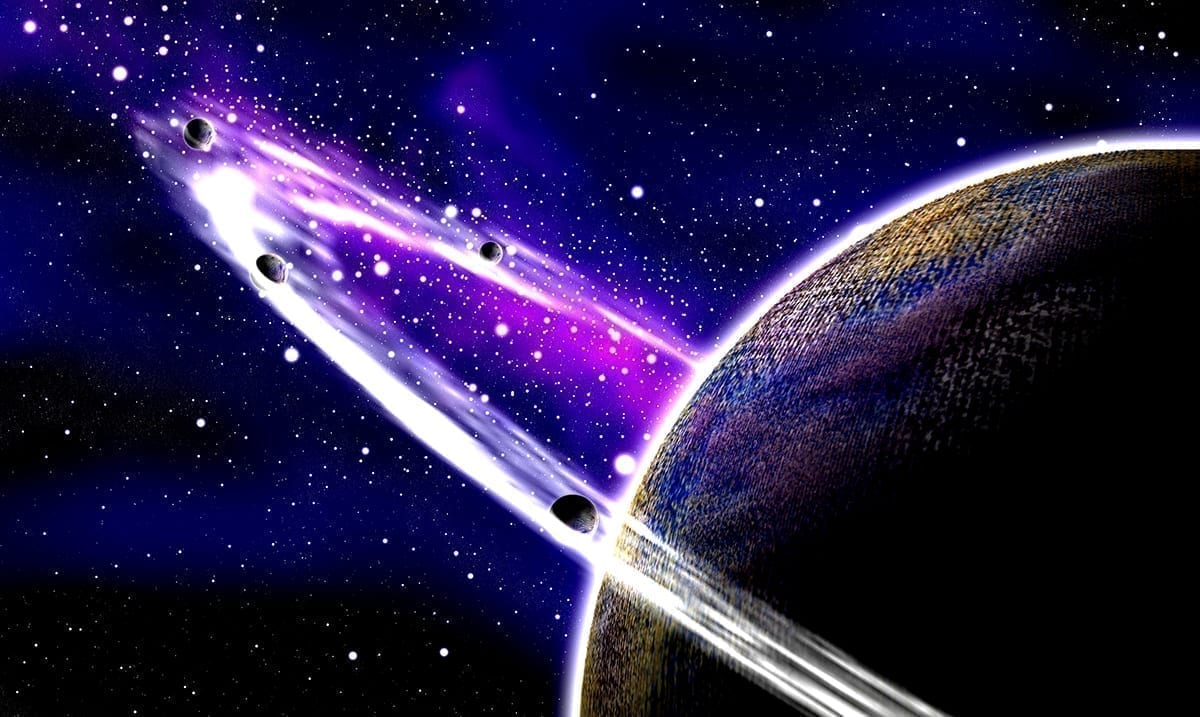 By Gerald Sinclair January 20, 2021 No Comments

We all know that there are plans to colonize Mars but that’s not the only place some are interested in colonizing. In recent times a pre-print has been posted that has been making headlines with good reason.

This new pre-print posted in ARXIV goes over the possibility of colonizing something that is basically a floating asteroid belt. This would essentially be built as a mega satellite habitat and would be near the dwarf planet known as Ceres. I know, the concept sounds insane, but it’s quite mind-blowing for a lot of different reasons and very interesting to learn about.

Basically, according to DailyMail, this ‘settlement’ would come together through the use of cylinder-like structures that could house up to 57,000 people and allow them to live somewhat properly. Those who ended up there would essentially have all that they need because gardening and things of that sort would be possible inside of them.

The abstract of this pre-print goes as follows:

We analyze a mega satellite settlement built from Ceres materials in high Ceres orbit. Ceres is selected because it has nitrogen, which is necessary for an Earth-like atmosphere. To have 1g artificial gravity, spinning habitats are attached to a disk-shaped mega satellite frame by passively safe magnetic bearings. The habitats are illuminated by concentrated sunlight produced by planar and parabolic mirrors. The motivation is to have a settlement with artificial gravity that allows growth beyond Earth’s living area, while also providing intra-settlement travel for the inhabitants and a reasonably low population density of 500/km2. To enable gardens and trees, a 1.5 m thick soil is used. The soil is upgradable to 4 m if more energy is expended in the manufacturing phase. The mass per person is 10 to the seventh power kg, most of which is lightly processed radiation shield and soil. The goal is a long-term sustainable world where all atoms circulate. Because intra-settlement travel can be propellant-less, achieving this goal is possible at least in principle. Lifting the materials from Ceres is energetically cheap compared to processing them into habitats if a space elevator is used. Because Ceres has low gravity and rotates relatively fast, the space elevator is feasible.

This information comes from physicist Pekka Janhunen who comes from the Finnish Meteorological Institute. While it is only a pre-print right now it brings forth some interesting questions and allows a lot to be placed on the table. Could you imagine what it would be like if both this concept and the plan to colonize Mars played out properly? We would have so many options.

Live Science wrote as follows going more in detail about all of this:

In the paper, which has not yet been peer-reviewed, astrophysicist Pekka Janhunen of the Finnish Meteorological Institute in Helsinki describes his vision of a “megasatellite” of thousands of cylindrical spacecrafts, all linked together inside a disk-shaped frame that permanently orbits Ceres — the largest object in the asteroid belt between Mars and Jupiter. Each of these cylindrical habitats could accommodate upwards of 50,000 people, support an artificial atmosphere and generate an Earth-like gravity through the centrifugal force of its own rotation, Janhunen wrote. (This general idea, first proposed in the 1970s, is known as an O’Neill cylinder).

But why Ceres? Its average distance from Earth is comparable to that of Mars, Janhunen wrote, making travel relatively easy — but the dwarf planet also has a big elemental advantage. Ceres is rich in nitrogen, which would be crucial in developing the orbiting settlement’s atmosphere, Janhunen said (Earth’s atmosphere is roughly 79% nitrogen.) Rather than building a colony on the surface of the tiny world — Ceres has a radius roughly 1/13th that of Earth — settlers could utilize space elevators to transfer raw materials from the planet directly up to their orbiting habitats.

This orbital lifestyle would also address one of the biggest caveats Janhunen sees in the idea of a Martian surface colony: the health impacts of low gravity.

“My concern is that children on a Mars settlement would not develop to healthy adults (in terms of muscles and bones) due to the too-low Martian gravity,” Janhunen told Live Science in an email. “Therefore, I searched for [an] alternative that would provide [Earth-like] gravity but also an interconnected world.”