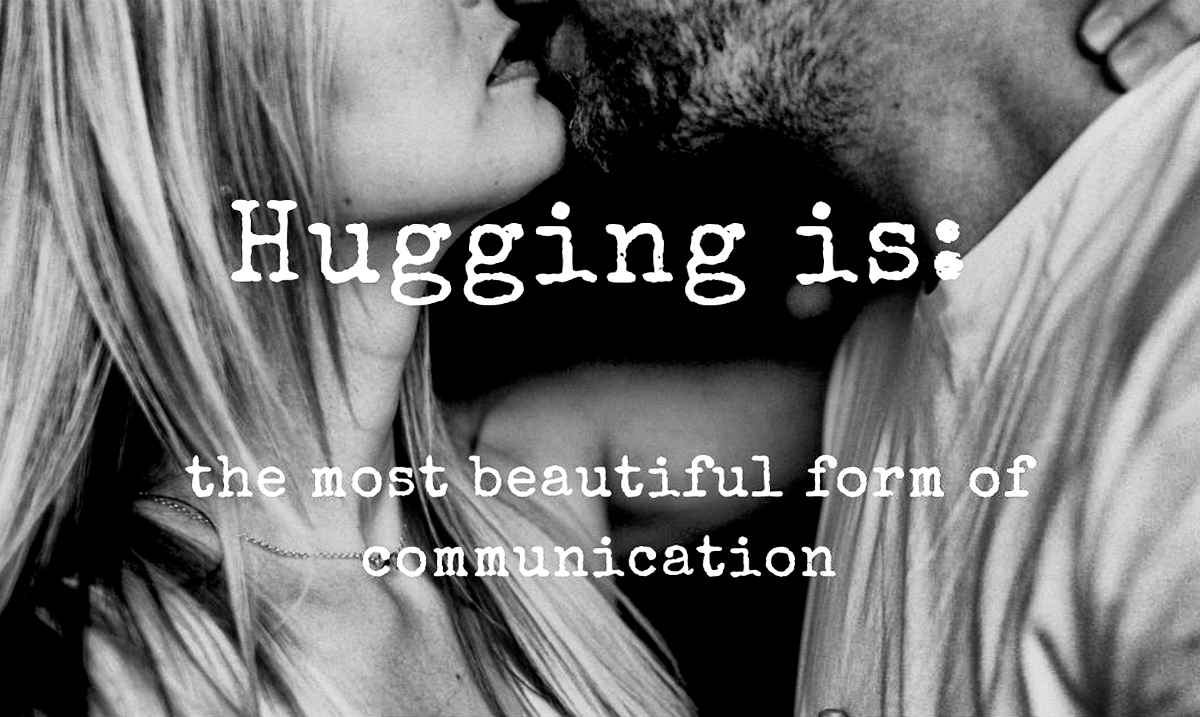 Hugging Is The Most Beautiful Form of Communication

Think back to the last time you hugged someone who mattered to you more than anything: how did it feel? For most of us (unless you are being hugged by some random person you have never met), hugging provides a feeling of comfort that is unmatched by any other gesture of bonding.

If you are feeling unsure of your partner’s feelings towards you, within moments of their arms reaching around your torso, suddenly any doubt fades, because, for a moment, you know that the love and warmth between the two of you are all that matters. And while I could go on about the feelings we may abstractly feel during a hugging encounter, there actually is a science to the magic of a hug.

Hugs Can Make You Less Nervous During Public Speaking

In a study conducted by Behavioral Medicine, it was discovered that people who were hugged before they had to endure a stressful activity were less stressed than those who weren’t.

Hugging Can Relax Your Muscles

Hugging has the ability to loosen the muscles, which in turn relieves tension in the body. So, the next time you are feeling a bit sore after a long workout sash at the gym, just hug your favorite person!

Getting a Hug Can Boost Your Immunity

During a study that was conducted in 2015, the participants were found to be less susceptible to diseases like the common cold when they were hugged on a regular basis. Goodbye flu season, hello hugs!

Oxytocin is known as the cuddle hormone because it is extremely important to relationships and bonding. Hugging is an activity that causes oxytocin to be released in your brain naturally which will also help you bond with your partner.

According to Farad Basher, MD, hugging is a major pain reliever. Hugging releases endorphins that block our pathways for pain.

The same oxytocin that connects you in your relationships can also make you feel less isolated and more trusting of others.