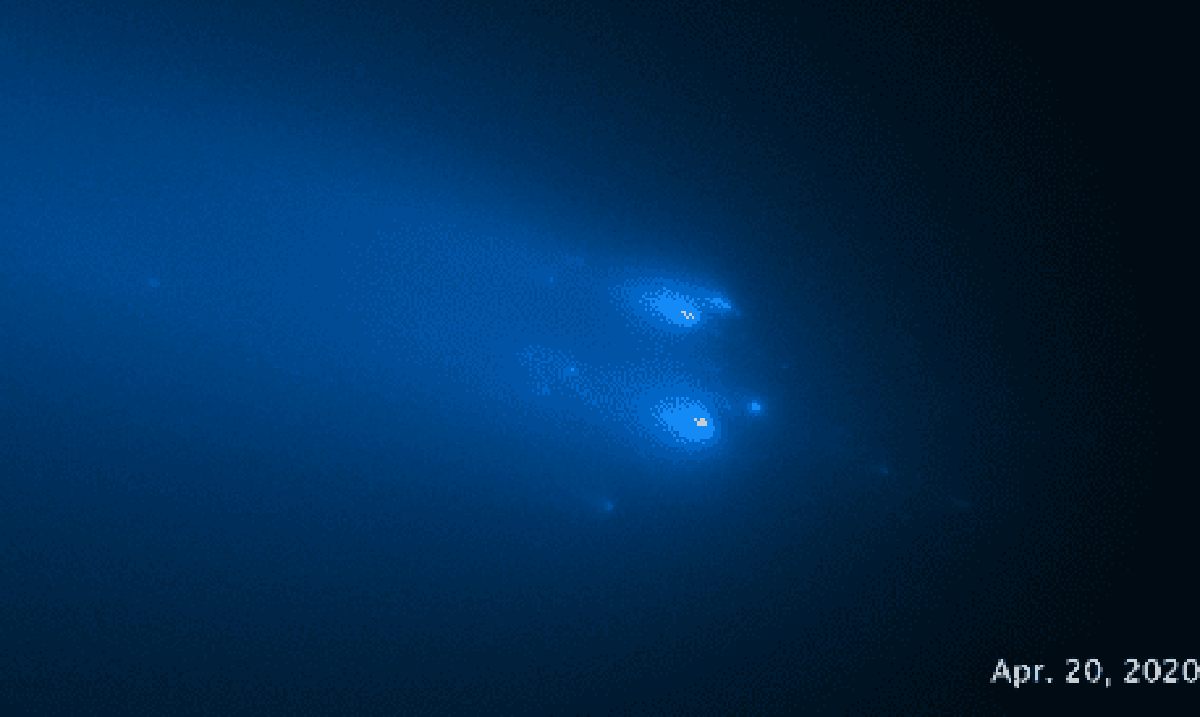 While the marvelous ATLAS comet was supposed to be putting on a bright show for us, over the past few weeks it’s been breaking down and dimming out. While this kind of thing is interesting and can be fun for some to watch, it is still quite sad.

According to Space.com, comet ATLAS in recent times disintegrated before the eyes of those watching it from the Hubble Space Telescope. Those working there watched this bright little comet crumble apart. In the end, it became around 25 smaller pieces and is nothing as it once was. This comet was fairly new overall and while many had high hopes for it, things just didn’t play out as planned.

We are still learning from it even now but it would have been quite the treat if it turned out to pass us by bright and visible to the naked eye. As of April 20th-23rd, this comet is no more, although small bits of it are still out there in the space world as a whole. Two images were captured while this interesting little space rock met its demise and well, as you can see they’re quite unique.

NASA reported as follows on the topic:

“This is really exciting — both because such events are super cool to watch and because they do not happen very often. Most comets that fragment are too dim to see. Events at such scale only happen once or twice a decade,” said the leader of a second Hubble observing team, Quanzhi Ye, of the University of Maryland, College Park.

The results are evidence that comet fragmentation is actually fairly common, say researchers. It might even be the dominant mechanism by which the solid, icy nuclei of comets die. Because this happens quickly and unpredictably, astronomers remain largely uncertain about the cause of fragmentation. Hubble’s crisp images may yield new clues to the breakup. Hubble distinguishes pieces as small as the size of a house. Before the breakup, the entire nucleus may have been no more than the length of two football fields.

One idea is that the original nucleus spun itself into pieces because of the jet action of outgassing from sublimating ices. Because such venting is probably not evenly dispersed across the comet, it enhances the breakup. “Further analysis of the Hubble data might be able to show whether or not this mechanism is responsible,” said Jewitt. “Regardless, it’s quite special to get a look with Hubble at this dying comet.”

The comet was discovered on Dec. 29, 2019, by the ATLAS (Asteroid Terrestrial-impact Last Alert System) robotic astronomical survey system based in Hawaii. This NASA-supported survey project for Planetary Defense operates two autonomous telescopes that look for Earth-approaching comets and asteroids.

The comet brightened quickly until mid-March, and some astronomers anticipated that it might be visible to the naked eye in May to become one of the most spectacular comets seen in the last 20 years.

However, the comet abruptly started to get dimmer instead of brighter. Astronomers speculated that the icy core may be fragmenting, or even disintegrating. ATLAS’ fragmentation was confirmed by amateur astronomer Jose de Queiroz, who was able to photograph around three pieces of the comet on April 11.

To learn more about this comet and its end check out the video below. As sad as it sounds, we will be able to learn a lot even if this comet did ultimately break apart. Space in itself is always throwing us curve balls and this one, we’ve caught well.