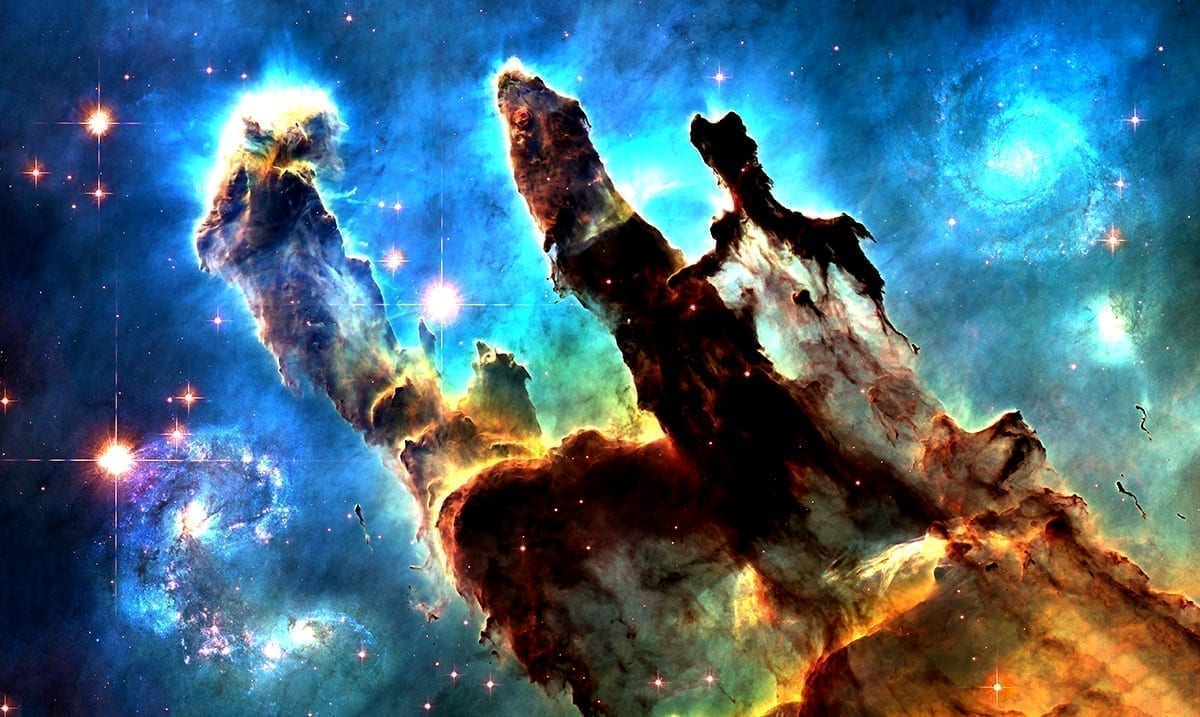 For those who do not know, the Pillars of Creation are an interesting collection of gas and dust in the Eagle Nebula. This is a beautiful sight but also won’t be around forever.

You see, there are lots of stars around this collection and while they too add to this celestial being’s beauty, it also could be the reason why it disappears someday. A recently updated image of the ‘Pillars of Creation’ captured by NASA using infrared photography shows that the Pillars seem to face away in some places now. As the stars in the tips of these Pillars continue to grow astronomer Paul Scowen at NASA says they will gain more radiation which will destroy the gas clouds eventually.

NASA wrote as follows about this photograph:

Human eyes can see only a small portion of the range of radiation given off by the objects around us. We call this wide array of radiation the electromagnetic spectrum, and the part we can see visible light.

In this Hubble Space Telescope image, researchers revisited one of Hubble’s most iconic and popular images: the Eagle Nebula’s Pillars of Creation.

Here, the pillars are seen in infrared light, which pierces through obscuring dust and gas and unveil a more unfamiliar — but just as amazing — view of the pillars. The better-known image is of the pillars in visible light.

In this ethereal view, the entire frame is peppered with bright stars and baby stars are revealed being formed within the pillars themselves. The ghostly outlines of the pillars seem much more delicate and are silhouetted against an eerie blue haze.

As you can see below, this was and still is a mind-blowing photograph. It’s fascinating to think that things like this are out there beyond our planet, isn’t it? These Pillars of Light are at least six thousand light-years from our home planet. 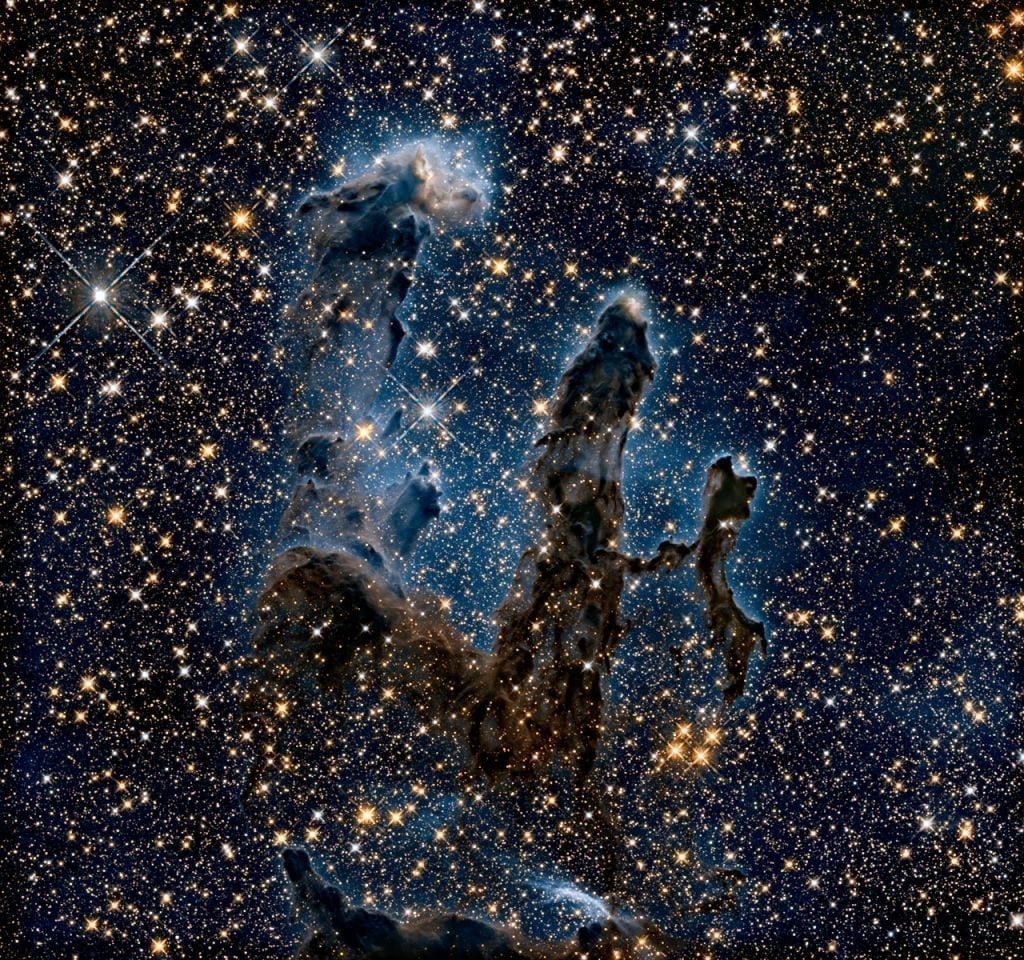 Those stars at the tip of the largest pillar seem to be in an area most active when it comes to the formation of stars. Now that we’ve managed to capture an image this mesmerizing who knows what else we may find in the coming years. The Pillars of Creation will never appear exactly the same as they are in this image because of the infant stars’ influence over them. This is a piece of history in more ways than most realize.