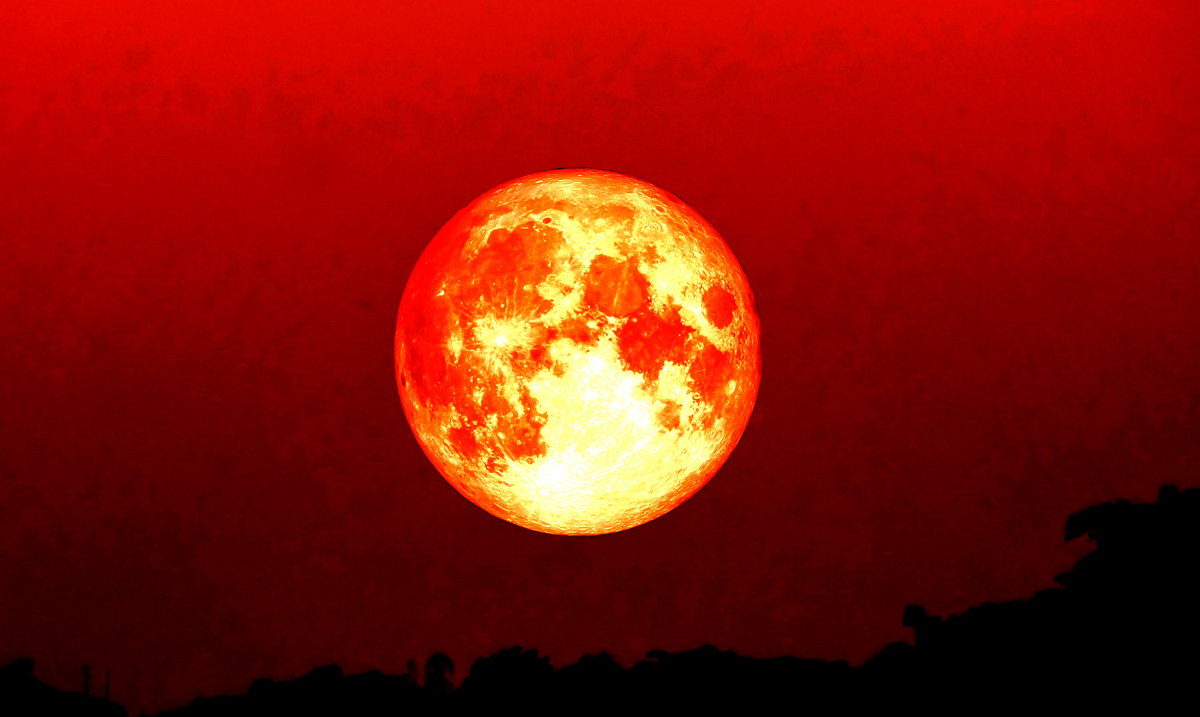 Alright, bear with me as I spit the name of this one out and the meaning. On May 15, we are going to have an extraordinary event take place, known as the super flower blood moon total lunar eclipse.

I told you it was a mouthful. Now, let me break down what all that means. First, this will be a full supermoon, which means that it will be massive in the sky, because of how close it will be to Earth. And not only will it be a supermoon, but it will also be a flower moon.

Each full moon throughout the year has a special name. This one is known as the flower moon because around us, flowers are springing up everywhere. The Native Americans referred to it like this and had a name for each moon of the year, which typically centered around the time of year and what that meant for the natives.

Now, that we’ve gotten that out of the way, it’s also a total lunar eclipse and blood moon. You see, when a total lunar eclipse takes place, under the right conditions, it causes the moon to appear as a dark red color that is similar to blood. Because this one fits the bill, it’s going to give us quite the show.

If you’d like to see this show, it’s quite simple. It begins at 10:30 PM EDT and will reach totality at around 11:30 PM. For around another hour, it will shift from being a total eclipse to going back to a normal moon. So, this show will last a pretty long time. You’ll have plenty of time to see it, the only catch is how late it is.

Where will the lunar eclipse be visible?

Skywatchers across much of the Americas, Europe and Africa will get to watch the lunar eclipse, but visibility will vary. Here’s what NASA says people in the U.S. should expect:

According to NASA, during a total lunar eclipse, because the sky is blue, and because of longer wavelengths, red light travels more easily through our atmosphere than blue light does. Because of this, red light can make it through to the moon, causing a redder color than normal. (Much deeper red) which is why this is called a blood moon. Pretty cool, huh?