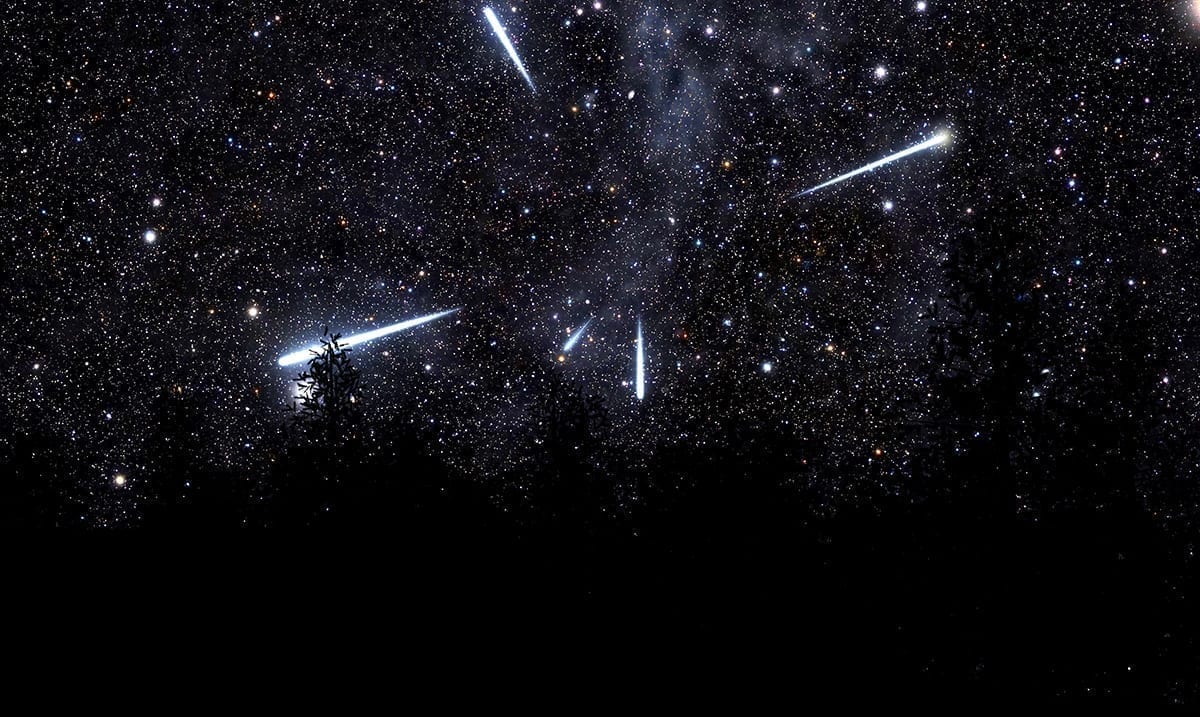 How To Watch Possibly The Best Meteor Shower Of 2020

By Gerald Sinclair December 5, 2020 No Comments

As we move forth most of us are aware that right now there is a meteor shower active in the night sky. While it isn’t at peak just yet, it will be soon and when it peaks, we will be offered a great view.

This shower happens to be the Geminid meteor shower and it is an annual one that typically puts on a good show. This shower will be active throughout December but will be peaking on the night of the 13th. This shower is an interesting one as it comes from the debris left behind from a smaller asteroid known as 3200 Phaethon. For those who might not be aware, most meteor showers stem from comets overall.

This shower will be especially powerful and we should expect to see over 100 shooting stars per hour during peak. Now, if you want to see this amazing meteor shower during its peak all you have to do is find a clear spot outside where you can see the sky well. If the weather isn’t mucking up the sky, the scene should be quite nice for most everyone.

It should be noted that around 2 am is going to be the best time to view and the further away from the city you are the better your view will be. If you’re out in the middle of nowhere with an open sky, you’re in the perfect place for this shower. This shower is one I always look forward to seeing.

Earth Sky wrote as follows about this shower:

On a dark night, near the peak, you can often catch 50 or more meteors per hour. On an optimum night for the Geminids, it’s possible to see 150 meteors per hour … which might happen this year, given the moon-free skies accompanying this year’s Geminid meteor shower. New moon falls on December 14, 2020. On the mornings prior to that date, you’ll see a waning crescent moon. And – on December 11, 12 and 13, 2020 – after a night of meteor-watching, the slender lunar crescent and dazzling planet Venus will rise into your eastern sky at or near dawn.

Why are the Geminids best around 2 a.m.? It’s because that’s when the shower’s radiant point – the point in our sky from which the meteors seem to radiate – is highest in the sky. As a general rule, the higher the constellation Gemini the Twins climbs into your sky, the more Geminid meteors you’re likely to see.

This Geminids’ radiant point nearly coincides with the bright star Castor in Gemini. That’s a chance alignment, of course, as Castor lies about 52 light-years away while these meteors burn up in the upper atmosphere, some 60 miles (100 km) above Earth’s surface.

Castor is noticeably near another bright star, the golden star Pollux of Gemini. It’s fun to spot them, but you don’t need to find a meteor shower’s radiant point to see these meteors.

Will you be taking the time to view this amazing shower? You won’t need any kind of equipment, just your eyes and a little free time. I for one cannot wait to see how many wishes I manage to snag on this night.