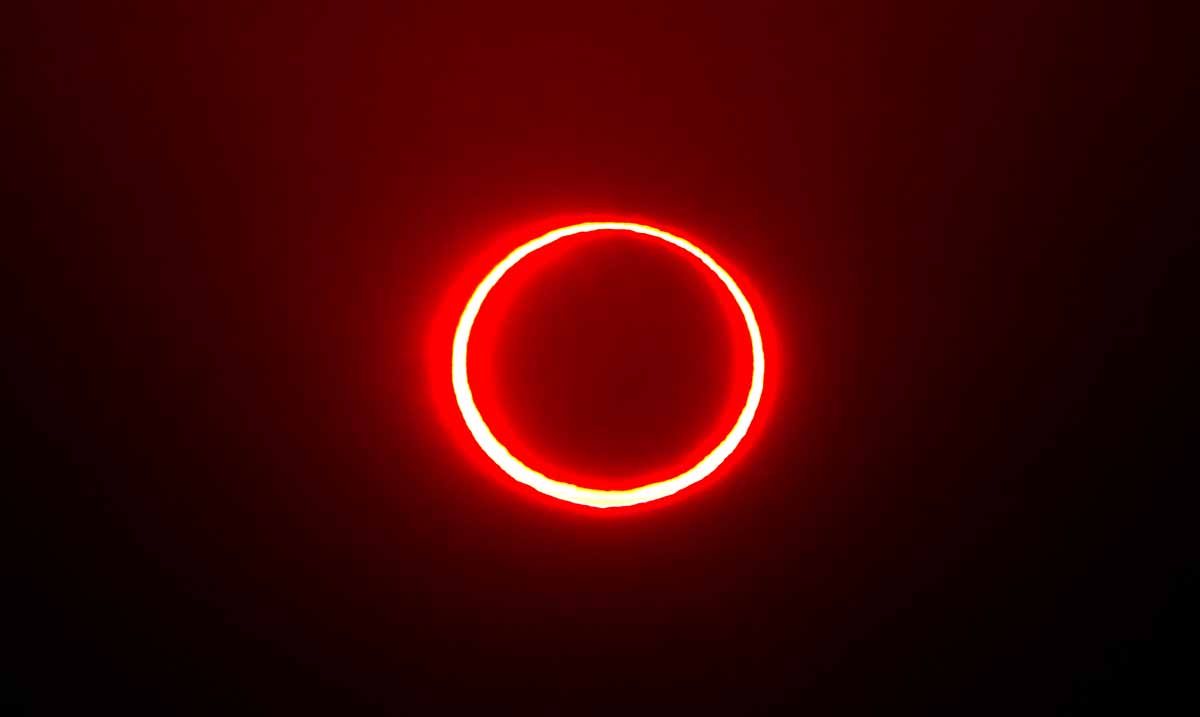 How To Watch June’s ‘Ring Of Fire’ Eclipse

Eclipse season just kicked off with the total blood moon eclipse, and coming soon is the Annular Solar Eclipse!

This will be the first of two solar eclipses in 2021 and your only chance to see one in North America. To see the eclipse in person, you will need to be in the northern reaches of the globe somewhere in the curved red path in the image below. 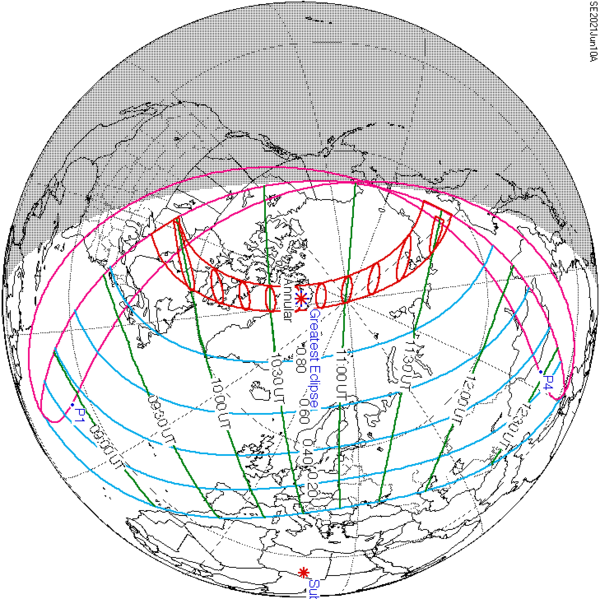 The annular 2021 solar eclipse begins at sunrise in northern Ontario, Canada, on the north side of Lake Superior.

The full eclipse will begin at 5:49 a.m. EDT on Thursday, June 10, and last for 3 minutes and 51 seconds, leaving a small window of time to see the much-talked-about ring of fire.

From there, the eclipse travels northward to Green land where watchers will be able to see the greatest point of the eclipse at 12 p.m. local time. After that, the eclipse is viewable at the North Pole before ending at sunset over northeastern Siberia.

The entirety of the eclipse will last in total for around 100 minutes.

Some people outside the path of annularity will be able to see the eclipse in the northeastern United States, parts of the East Coast, and the Upper Midwest can catch the tail end of a partial eclipse right at sunrise.

Please remember your eye protection! Looking directly at the sun, even during an eclipse, can and most likely will cause serious damage to your eyes. Special eclipse glasses or welder’s glasses, or a pinhole camera will do the trick!

If you are outside of the eclipse zone you can still watch online or consult a Google Map of the event, click here to get animations of exactly what to expect in any town or city in the US. Happy watching!