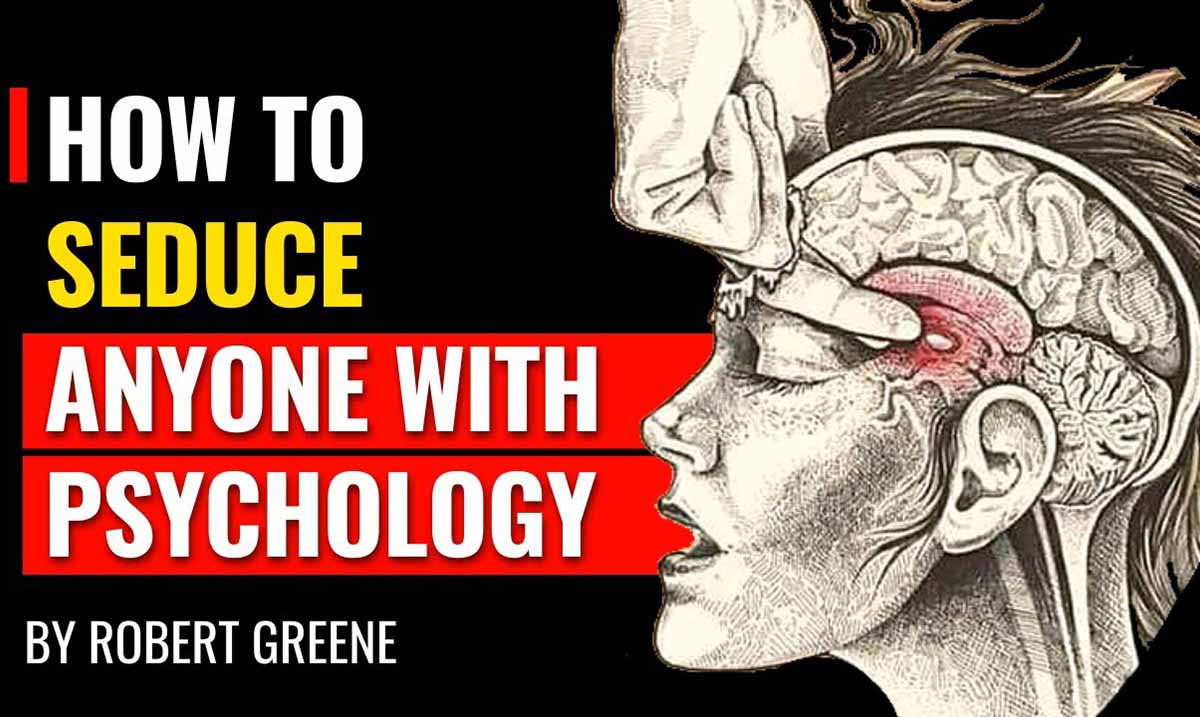 How To Seduce Anyone With Psychology, According To Seduction Expert

By Harley MansonOctober 4, 2022No Comments

When most of us think of seduction, we tend to think of physical attraction. However, seduction isn’t just about aesthetics, it’s also about connection; and to be able to seduce someone on a psychological level, you are going to have to do more than just look the part.

Robert Greene is a seduction expert, and has written extensively on what he calls ‘the art of seduction.’ In the ‘Art of Seduction’ he explains in-depth (and perhaps even a tad darkly) the tactics that are used to seduce another person. And in various lectures, he has offered additional tidbits about the psychological aspects of seduction.

According to Greene, you can seduce anyone with psychology. To begin with, he says to “get them to talk about their childhood,” and goes on to say that because we are emotionally attached to our childhood, when we speak of those experiences with someone else, it helps us to connect with them. These emotions he says are very potent.

Keep a mental note of what has been said that gets them excited and makes them light up, and slip that into the conversation.

Insinuation, he says, is a major key in the art of seduction. Other than saying things outright, you can lead into where you stand or what you want with your body language and by planting seeds in the conversation. For example, your look can show desire, without your words. When you do this, he says, you are planting a seed. Later on, after meeting you, they are going to think about you. And if you get them to think about you when they go home-he says you are halfway there.

Of course, he also notes some unseductive tendencies we have: talking too much, being too brutal, judging others, being in a hurry, not listening, and preaching are all things he says are best avoided. And he swears by these tips and techniques. Honestly, I have to say that what he says makes a lot of sense!