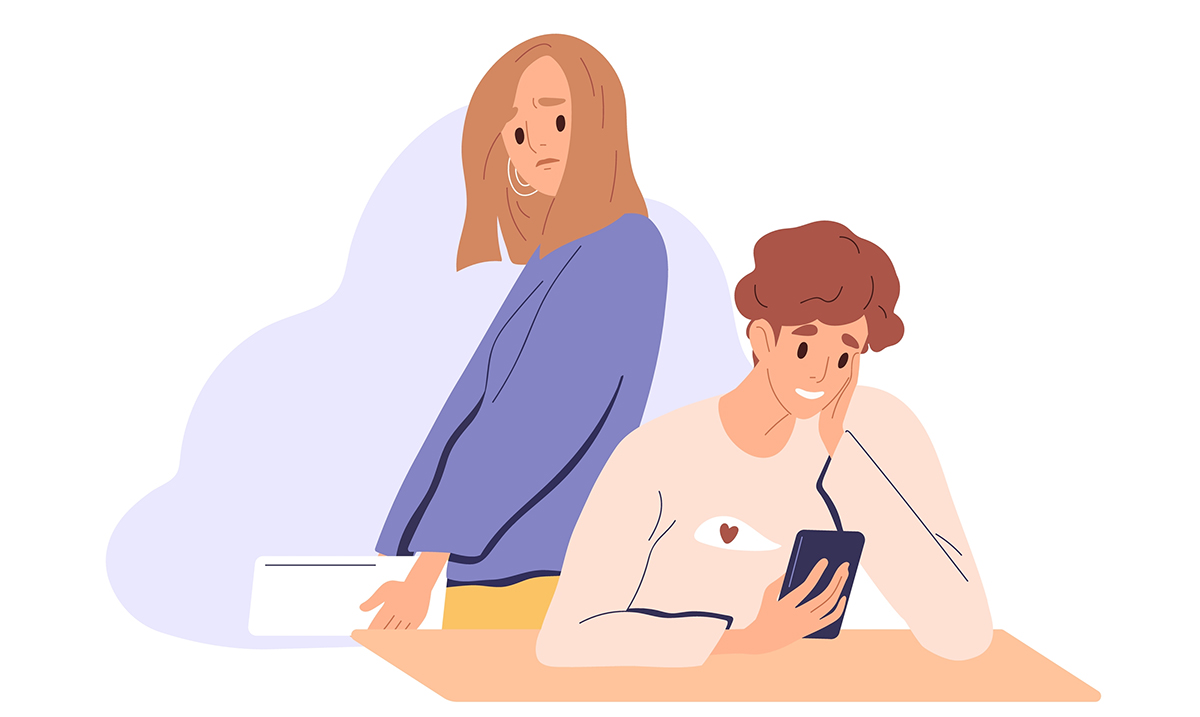 How To Handle Someone Flirting With Your Partner Or More, According To Science

When we enter into a relationship with our partners, we want to expect the best from them. But even the most stable relationships can be thrown off guard by a third party, and when this happens, it can turn everything into chaos.

You might be sitting at dinner at a restaurant, enjoying a wonderful meal, when a coworker of your partner’s walks up and begins rubbing their shoulder and making rude remarks. Instantly, you feel uneasy, possibly even sick to your stomach, but above all, infuriated. Infuriated with the other person and infuriated at your partner.

Instances like these can be made worse in other settings, or when the person involved (the third party) is around your partner regularly. In some cases, your partner may even have an admirer that constantly reaches out to them, trying to initiate contact that makes you feel uncomfortable. Whatever the case may be, it can make you feel worse than anything in the world.

And while you may feel compelled to react in several ways, a study that was carried out by the University of South Alabama by7 psychologist Keri Johns and other co-authors sought to find a way to overcome feelings of blame and betrayal towards your partner.

While the topic of this study was focused on infidelity in general, it can also be helpful to overcome a third party’s influence over your partner. Additionally, it shows us a healthy way to approach the situation.

To carry out the study, researchers divided forgiveness into both positive and negative dimensions. Positive dimensions were being able to look at the event without feeling angry or resentful. Negative dimensions considered both anger and resentment. However, as you can see, negative forgiveness isn’t forgiveness at all. Instead, like Psychology, Today writes, “It’s the absence of the ability to give your partner another chance.”

Additionally, what they found was our ability to forgive is tied to the extent of the situation. While the harmless conversation between your partner and a third party can make your blood boil, or even be embarrassing, leaving you feeling left out and overlooked, it is just that: harmless. And while our first instinct is to last out at the third party, it isn’t the best route to go.

To overcome negative forgiveness, the researchers explain, “[A] mindful individual might experience the emotions and mood states associated with a negative event, such as infidelity, in a more observant, equanimous, and objective perspective, as well as in a more self-compassionate and less avoidant manner”

You have to confront and face your emotions.

The research was carried out by the researchers sending out questionnaires to measure mindfulness tendencies and forgiveness in 94 participants (49% male, average age 42 years) who had gone through infidelity. What they found was that the more mindful we are about our feelings towards the situation, the easier it was to forgive.