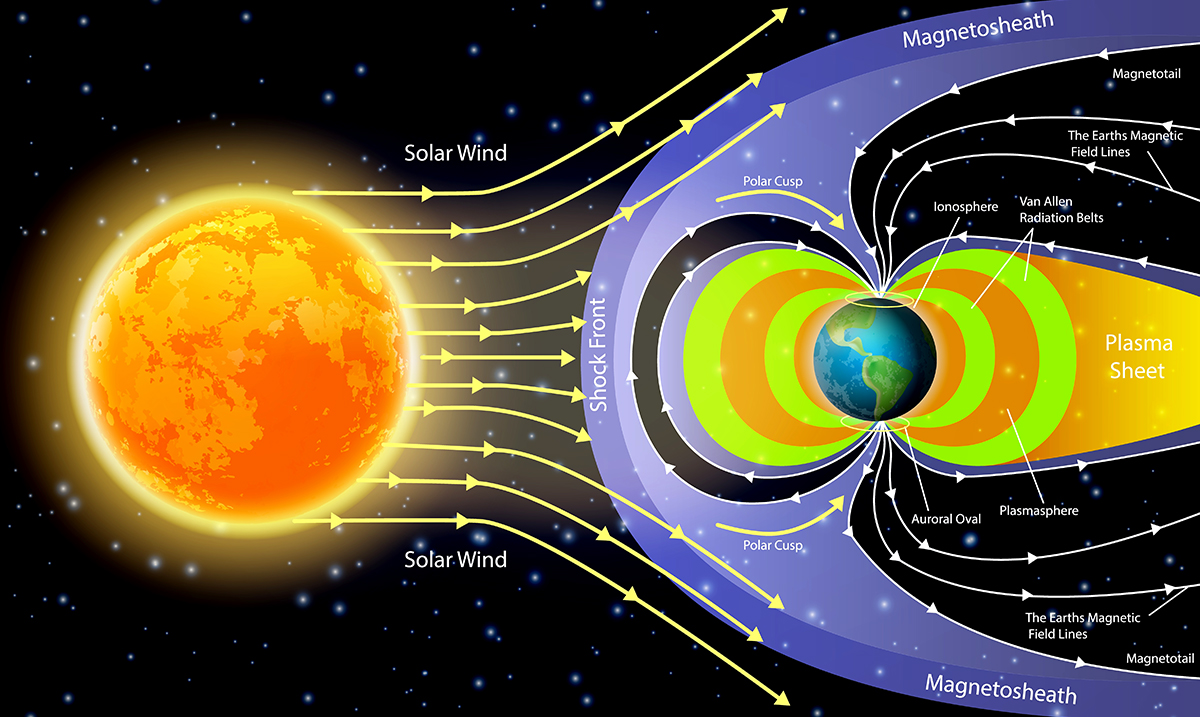 How Earth’s Magnetic Field Flip Will Impact Life On Earth

The magnetic field of the Earth comes from the Earth’s core, which is composed of solid iron and surrounded by liquid magma. As this moves, it creates an electric current. The fluid is constantly moving and is extremely hot at over 9,000 degrees Fahrenheit. It’s so hot, it surpasses the temperature of the outside layer of the sun. As it constantly moves, it creates a magnetic field through the dynamo effect.

This field creates a shield between our planet, which protected us from the solar wind and allows everything living on Earth to thrive. The magnetic field creates the magnetic poles, which are located on opposite sides of the Earth.

The geographical poles do not move, however, the geomagnetic poles on Earth do. Those poles move slightly until they flip, causing the North to become to South.

NASA explains this by saying: “Since the forces that generate our magnetic field are constantly changing, the field itself is also in continual flux, its strength waxing and waning over time. This causes the location of Earth’s magnetic north and south poles to gradually shift, and to even completely flip locations every 300,000 years or so. ”

Many have contributed the flipping of the poles to climate change and other devastation, however, NASA assures us there is no evidence to support that.

If the field did flip (well, when) it would cause a need for all navigation systems to be recalibrated. Otherwise, it could cause some to get lost. Animals could also become disoriented and get lost, but they will have time to adapt. The change could also cause issues in the power grids and with satellites.

Thankfully, NASA assures us, this won’t happen all at once. We will have time to prepare, and it doesn’t seem like it will happen any time soon. So, in the meantime, we should be able to prepare and take the right steps towards making sure everything is in place. Everything else will be up to mother nature.