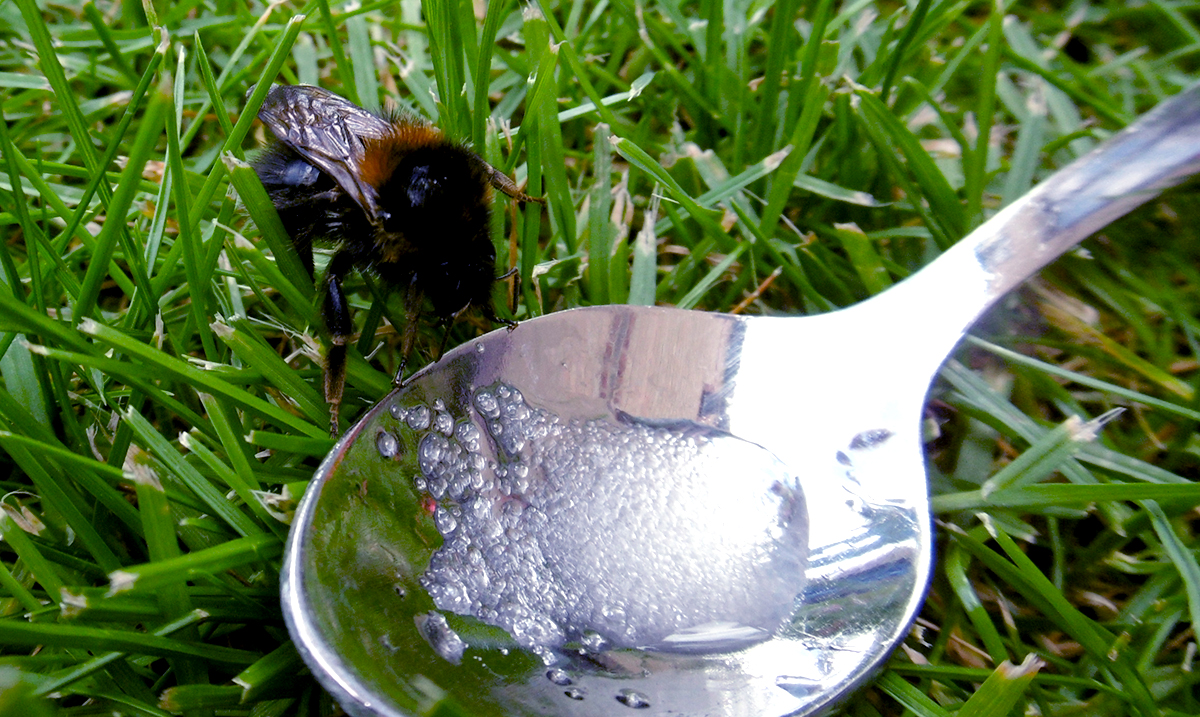 How A Spoonful of Sugar Could Potentially Save Humanity

It’s no secret that without bees, we would cease to exist. Even worse, if things continue the way they are as of now, we could be looking at our own demise, and soon, if we don’t act fast. Thankfully, this simple trick could truly make a difference if we all put forth a little effort.

Within four years of the bees dying out, we would follow suit, according to the Naturalist. With that being said, we should be doing everything within our power to try to help keep them around. And if doing something so simple could help them out, why aren’t we doing it already?

In a post made to the David Attenborough fan page, it explains how it could be as simple as mixing a little sugar and water, placing it in a spoon in our garden, and refilling when necessary.

“In the last five years the bee population has dropped by 1/3,” the post explains. “If bees were to disappear from the face of the earth, humans would have just four years left to live.

“This time of year bees can often look like they are dying or dead, however, they’re far from it. Bees can become tired, and they simply don’t have enough energy to return to the hive which can often result in being swept away.

“If you find a tired bee in your home, a simple solution of sugar and water will help revive an exhausted bee. Simply mix two tablespoons of white, granulated sugar with one tablespoon of water, and place on a spoon for the bee to reach. You can also help by sharing this post to raise awareness.”

The idea behind the mix is not only simple, but the idea is that it will rehydrate the bees, and give them the energy they need to help them when they become exhausted. The bees, not only rehydrated but now full of energy are able to make it back to the hive, where they can do what could only be explained as ‘God’s work.’