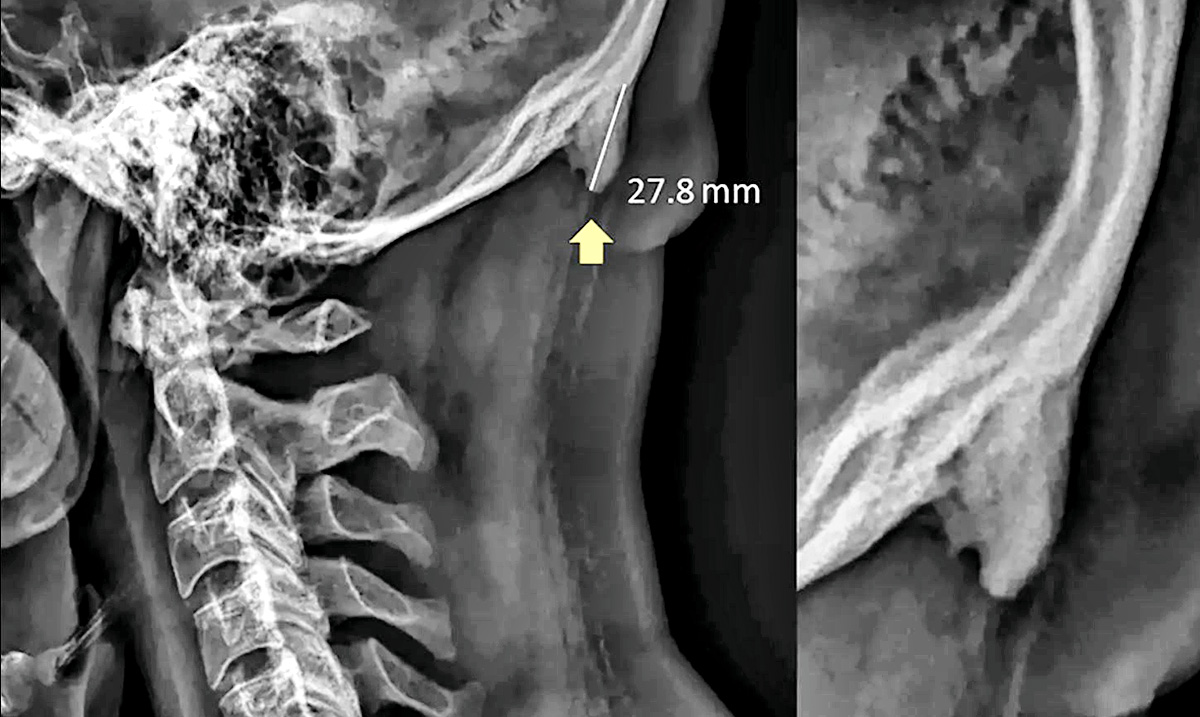 Horns Growing On The Skulls Of The Young, Research Suggest Phones To Blame

With more and more technological advances announced day in and day out, there is no denying how advanced we are becoming. Things have changed so much over the past few years and it seems perhaps so much so that our skulls are even taking notice.

According to recent findings, young people seem to be developing something quite interesting at the back of their skulls. There seems to be a prevalence of build up due to the pressure of the weight of our spines and muscles. This build-up presents itself in the form of bone spurs and thus causes spikes just under the skin. This is said to be due to the shifting body postures we tend to have based on our overuse of cell phones.

The Seattle Times said that the authors of this study noted as follows:

Health experts warn of “text neck,” and doctors have begun treating “texting thumb,” which is not a clearly defined condition but bears resemblance to carpal tunnel syndrome. But prior research has not linked phone use to bone-deep changes in the body.

“An important question is what the future holds for the young adult populations in our study when the development of a degenerative process is evident in such an early stage of their lives?” ask the authors in their most recent paper, published in Nature Research’s peer-reviewed, open access Scientific Reports. The study came out last year but has received fresh attention following the publication last week of a BBC story that considers, “How modern life is transforming the human skeleton.”

Since then, the unusual formations have captured the attention of Australian media, and have variously been dubbed “head horns,” “phone bones,” “spikes” or “weird bumps.”

Each is a fitting description, said David Shahar, the paper’s first author, a chiropractor who recently completed a Ph.D. in biomechanics at Sunshine Coast.

That all having been said the presence of these bone spurs is not necessarily something to get excited about as they can cause chronic headaches and pain in the affected areas. Findings on this topic were published in the journal Scientific Reports and it seems the younger you are the larger your growths might be. While some older folk do have them, they are much more common in those of younger ages.

The results of this study go as follows:

Our current analysis demonstrated the prevalence of EEOP to be 33% of the total population. Logistic regression analysis indicated the presence of an EEOP to be significantly predicted (72.3%; P < 0.001) using the following variables: sex, the degree of forwarding head protraction (FHP), and age. Sex was the primary predictor with males being 5.48 times more likely to have EEOP than females (P < 0.001).

The extent of FHP (Fig. 2) was a significant component in the prediction of EEOP, where an increase in FHP resulted in 1.03 times increased likelihood of having EEOP (P < 0.001). Our data also reveals that sex and age are significant factors with the mean FHP in the male population being 28 ± 15 mm while that for the female population was 24 ± 11 mm (P < 0.001). Additionally, FHP was significantly greater in the over 60 s age group than for any of the other age groups (P < 0.001), with FHP >40 mm observed frequently (34.5%) in the over 60 s population (AR = +2.4) (Fig. 3). Accordingly, increases in age groups of both sexes are correlated with a more pronounced FHP.

Unexpectedly, every decade increase in age group resulted in a 1.03 reduction in the likelihood of having EEOP. Chi-squared analyses (P < 0.001) demonstrated the 18–30 age-group to be significantly more likely to present with an EEOP, while EEOP was unlikely to occur across any of the other age categories (Fig. 4).

In those they looked at these researchers managed to find at least 400 bony growths on those between the ages of 18 and 86. As you can see in the image below, they are quite present. These were found on the skull of a man who was almost 60 years old. This kind of thing should remind us all that posture even when staring at a tiny screen is very important. 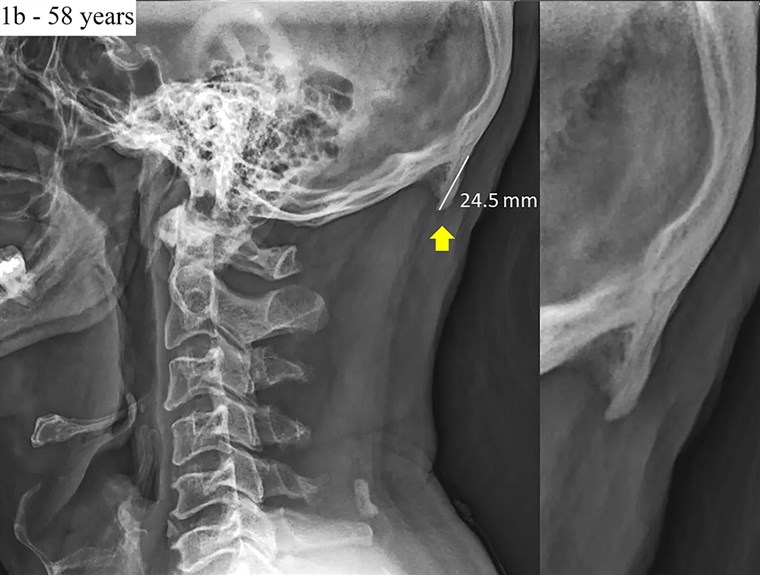 As time continues to pass this is going to become something we all see time and time again. What do you think about all of this? I for one am going to work on the way in which I use my cell phone.