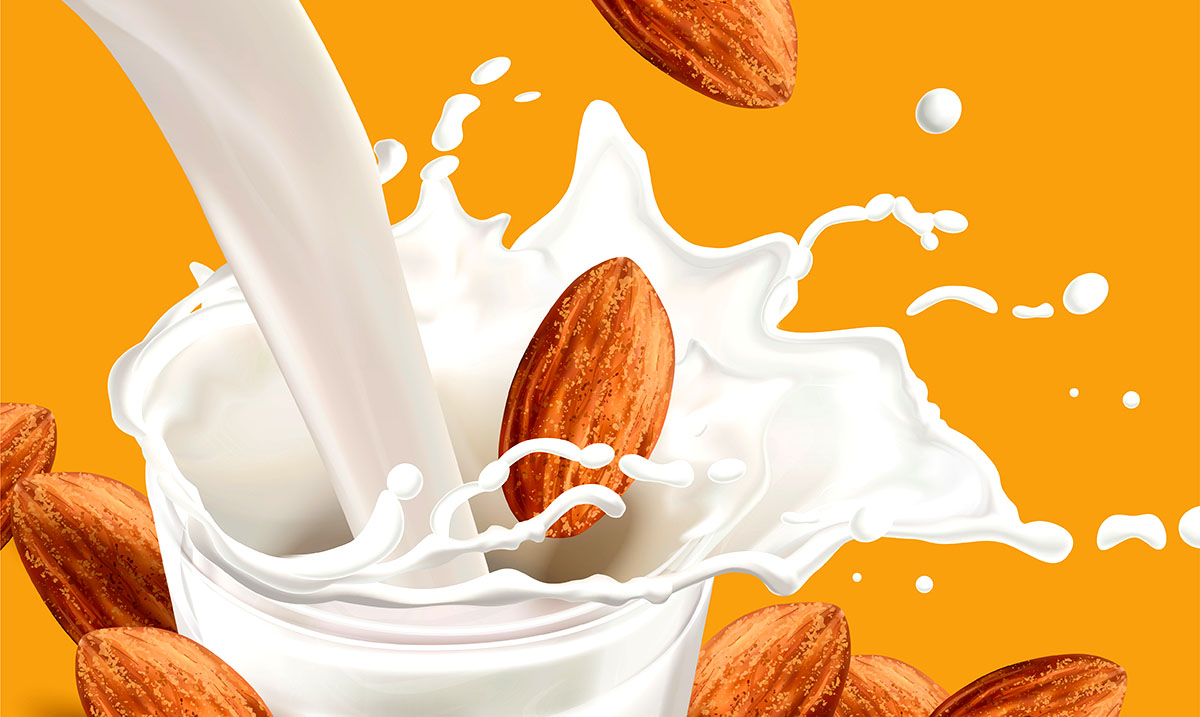 While almond groves must be pollinated, the honeybees that pollinate them seem to be dying or at least, their offspring are. Those who grow almonds rent millions of colonies of honeybees each year but that in itself seems to be taking a big toll on the bees themselves.

Now, while most people are blaming the almonds themselves for this but that’s not necessarily the driving issue here. This as you would assume all relates back to pesticides and the agricultural industry itself. You see, back in 2014 in California about 80,000 colonies that were brought in for pollination of the almond groves there experienced adult bee death or ended up with dead or deformed offspring.

Because this whole thing is such a big deal bee expert Reed Johnson from Ohio State University took the time to figure out what was behind this mass bee death and what he found was quite interesting. While some of the insecticides being used on these almond trees were thought to be safe for bees were still impacting their larvae. He managed to come to the conclusion that combinations of different fungicides and insecticides that were normally deemed safe when brought together turned into ‘lethal cocktails when mixed.’

The abstract of a study Johnson and his team processed in 2018 and had published in 2019 goes as follows:

Beekeepers providing pollination services for California almond orchards have reported observing dead or malformed brood during and immediately after almond bloom—effects that they attribute to pesticide exposure. The objective of this study was to test commonly used insecticides and fungicides during almond bloom on honey bee larval development in a laboratory bioassay. In vitro rearing of worker honey bee larvae was performed to test the effect of three insecticides (chlorantraniliprole, diflubenzuron, and methoxyfenozide) and three fungicides (propiconazole, iprodione, and a mixture of boscalid-pyraclostrobin), applied alone or in insecticide-fungicide combinations, on larval development. Young worker larvae were fed diets contaminated with active ingredients at concentration ratios simulating a tank-mix at the maximum label rate. Overall, larvae receiving insecticide and insecticide-fungicide combinations were less likely to survive to adulthood when compared to the control or fungicide-only treatments. The insecticide chlorantraniliprole increased larval mortality when combined with the fungicides propiconazole or iprodione, but not alone; the chlorantraniliprole-propiconazole combination was also found to be highly toxic to adult workers treated topically. Diflubenzuron generally increased larval mortality, but no synergistic effect was observed when combined with fungicides. Neither methoxyfenozide nor any methoxyfenozide-fungicide combination increased mortality. Exposure to insecticides applied during almond bloom has the potential to harm honey bees and this effect may, in certain instances, be more damaging when insecticides are applied in combination with fungicides.

According to Psys.org in extreme cases, these larvae were decreasing survival-wise over 60 percent which is mind-blowing and extreme. Sure, your average person isn’t going to be too worried about this but when bees are being affected in such a manner this can take a serious toll overall, especially when these are private hives and there aren’t even enough in ‘nature/the wild’ to pollinate in the area itself. Compared to larvae that were not exposed to fungicides and insecticides these larvae were in trouble, big time.

Johnson told Psys.org as follows on his research:

“Fungicides, often needed for crop protection, are routinely used during almond bloom, but in many cases growers were also adding insecticides to the mix. Our research shows that some combinations are deadly to the bees, and the simplest thing is to just take the insecticide out of the equation during almond bloom.”

“It just doesn’t make any sense to use an insecticide when you have 80 percent of the nation’s honeybees sitting there exposed to it.”

“I was surprised – even the experts in California were surprised – that they were using insecticides during pollination.”

“I think it was a situation where it wasn’t disallowed. The products were thought to be bee-safe and you’ve got to spray a fungicide during bloom anyway, so why not put an insecticide in the tank, too?”

“The thing is, growers were using these insecticides to control a damaging insect – the peach twig borer – during this period, but they have other opportunities to do that before the bees enter the almond orchards or after they are gone.”

In the future, we can only hope that guidelines will be put in place or grove owners will choose not to use both together to prevent this dangerous cocktail from affecting the bees in such a manner. For more information on just how important bees are to the growth of almonds check out the video below.