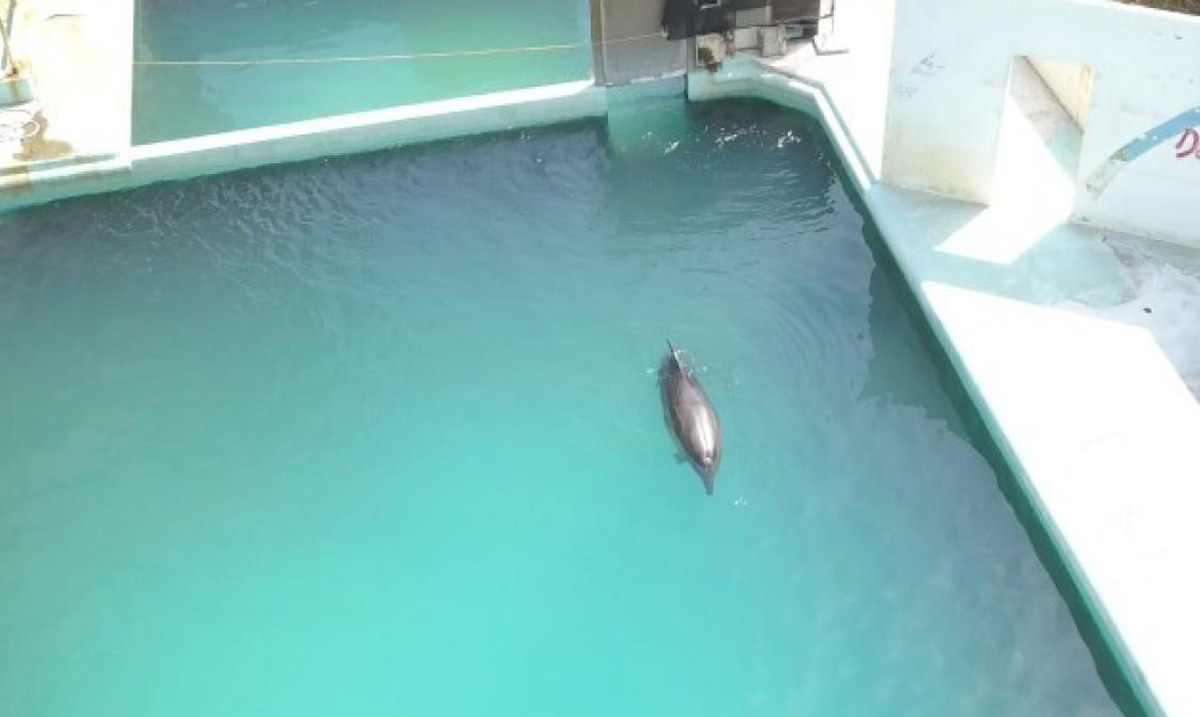 Honey the Dolphin Abandoned, After Japanese Marine Park Closed Down

By Gerald Sinclair September 25, 2018 No Comments

Honey the dolphin was a happy dolphin living her life in the ocean with her family when she was captured back in 2005. Many others were slaughtered but Honey happened to be one of the ‘most attractive’ and was left alive to be sold off.

While not much is known about Honey or the specific day in which she was captured, the Dodo has reported that she was most likely kept in Taiji for awhile so that she could be trained to perform tricks. This could take anywhere from 6 months to a year. Honey ended up being purchased by the owner of what is known as the Inubosaki Marine Park. To begin with, Honey had other friends at this Dolphinarium but they have all passed and now she is alone.

Tim Burns from the Ric O’Barry’s Dolphin Project spoke with the Dodo and explained more about Honey and her situation:

“Her pool doesn’t really look clean. The water condition did not look great and it looked pretty dingy. For about two hours that we were observing her, I don’t think she moved 10 feet. She was simply logging, laying there, a third of her body out of the water.”

“She’d move her head to the left, and seems to have a slight twitch with her head.”

“It’s just not something you see in a wild dolphin whatsoever. It’s a completely odd behavior.”

He also noted that she seems to have some kind of issue due to this exposure to the sun. You see, this park has closed down and the public is not allowed admittance. It has been closed since January and Honey has been sitting there waiting ever since. Honey isn’t the only animal in this ‘park’ either. There are also hundreds of fish, reptiles, and almost 50 penguins present. 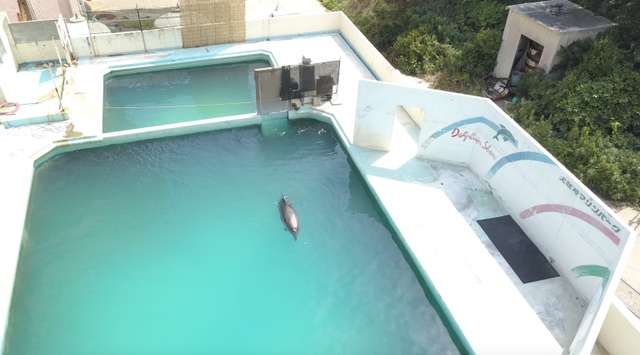 As if pulling her from the wild and forcing her to live in such a small tank wasn’t bad enough being alone for as long as she has been is clearly taking a serious toll on her. It is quite clear the park owner does not care about her wellbeing in any form. Ric O’Barry says that the footage he and his group have captured prove just how serious this situation is. Honey needs to be rescued so that she can be saved from a miserable death, this also going for the other animals who have also been abandoned.

Please take a look at the footage below for yourself. If you want to sign a petition to help get Honey and the others out of this situation please click here. We can only hope that something good comes from this very soon. Honey needs to go to a sanctuary or be prepared to return back to the wild. She has been alone for far too long.

(Image Via: The Dolphin Project)