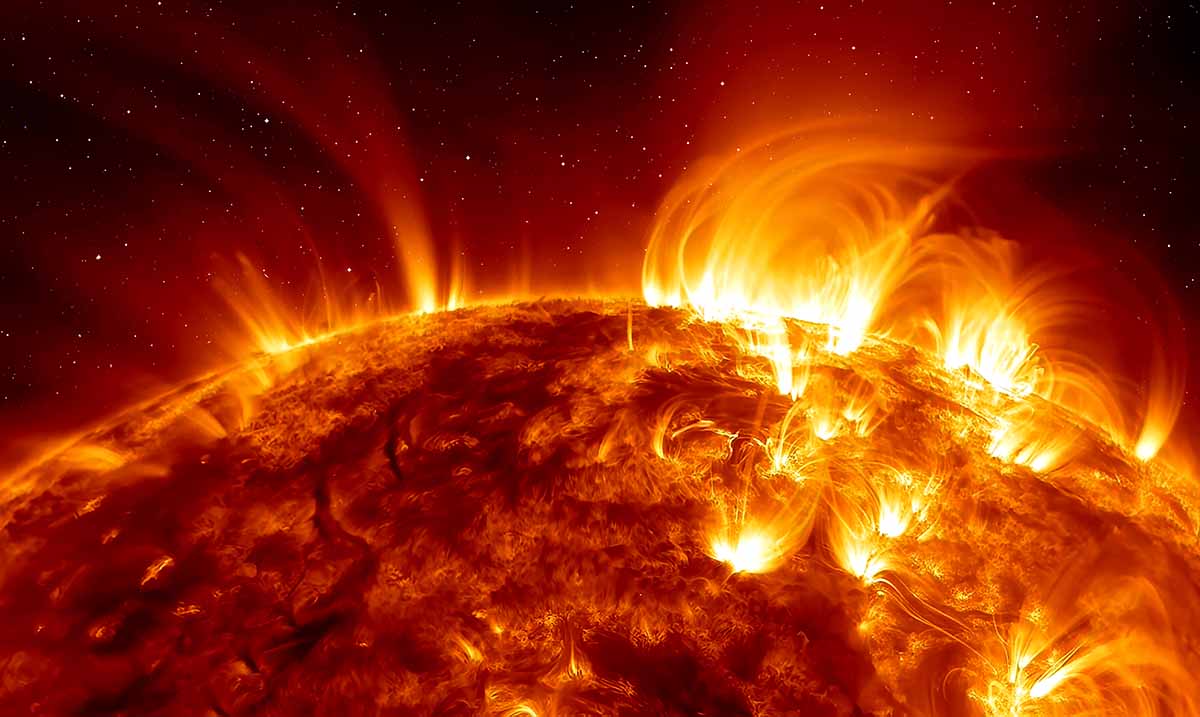 There are a lot of things that go on around us daily that could easily destroy our planet. That might sound sensational or like I am fearmongering, but really, I am being 100% serious.

Think about it: we have near-Earth objects (asteroids, comets, meteors) that come zooming by at a very close range regularly. Some have even been labeled by NASA as ‘potentially hazardous,’ which means, they are watching their every move and their every close encounter, because they are big enough to bring our planet to a screeching halt. That isn’t dramatic, that is pure facts.

But, asteroids and near-Earth objects aren’t the only threat to humanity. The sun is, though. During a solar storm, a cloud of plasma is sent hurtling towards space, and this is known as a ‘coronal mass ejection.’ When they strike our planet, they can cause power grid malfunctions, and radio interference and have even (recently) caused Starlink satellites to fall from the sky. These are the mild ones, though.

You see, coronal mass ejections range in severity, with some being extremely intense and others (most) being pretty mild. Massive ones tend to happen every 100 years or so. The Carrington Event was the most powerful storm in recorder history and was so intense that it caused ‘streams of fire’ to come pouring out of the phone circuits. Back then, we didn’t have internet, but the telephone (telegraph) was the hot technology of that time. The aurora lights, which didn’t show in the Southern Hemisphere very much, were suddenly massive and filling the sky with all sorts of colors, making many believe the world was over. And massive storms berated the planet, according to History.com.

Following the Carrington event was another storm in 1921 that caused telephone stations in Sweden to catch fire. And then another hit Canada, causing power outages for over 9 hours.

If a storm like this hit Earth now, it would cause a variety of social and economic disruptions, according to a 2008 report from the National Academy of Sciences. In another more recent study, scientists pointed out that such an event would cripple the global internet infrastructure, causing global outages for days. For each day the internet was down, it would cost trillions. The reason for this is that compared to 1859, 1921, and 1989, we are globally dependent on power grids, the internet, and GPS. We have a sky filled with satellites. Times have changed, and much of our economy depends on our modern conveniences.

Additionally, if telephones caught fire back then, what would happen to all of those internet modems we have in pretty much every household across (at least) the Western world?

Solar storms move in cycles. Right now, despite there being a lot of solar storms, most of them have been pretty mild. However, according to researchers, we are in a cycle that will peak in July 2025. Because these events typically happen once a century, it’s always possible that one could happen at really any moment. The good news is, that we do get about 8 hours’ notice because that is around the time it takes for the particles to reach Earth.

But experts have warned that is not enough and that we need to be protecting our modern world with steps to protect us and our economy when one does inevitably strike again.