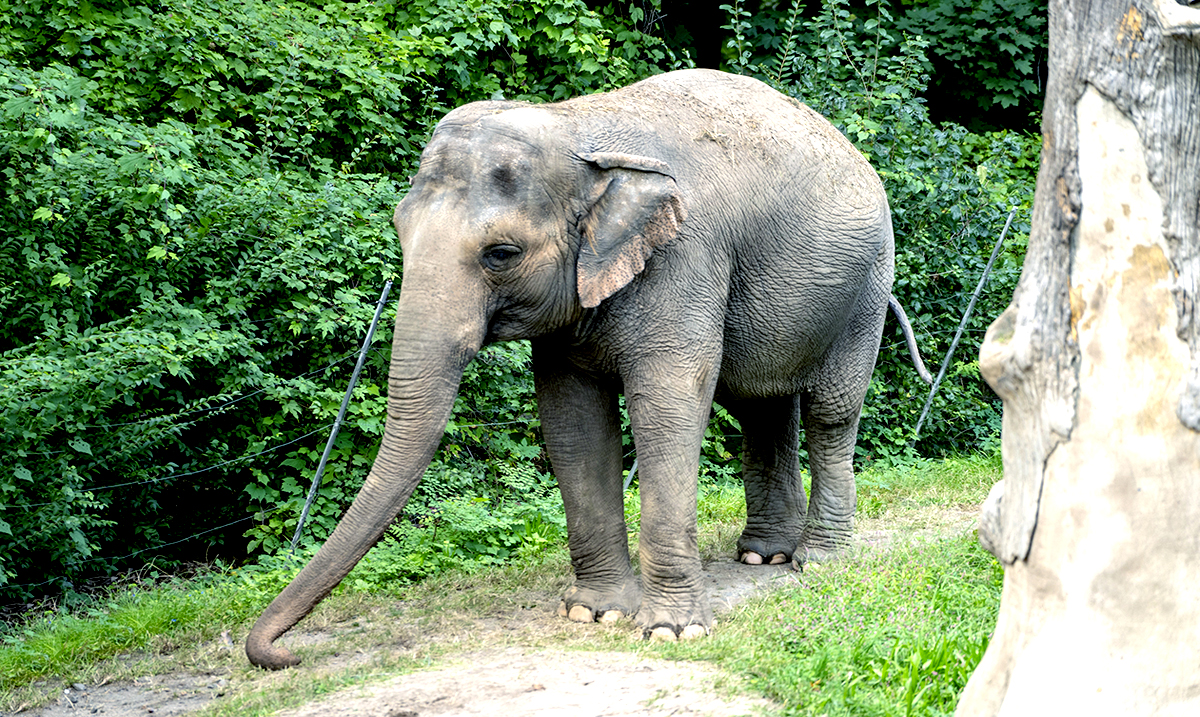 Help Save Happy The Elephant, The Unhappiest Elephant In The World

According to many, Happy, the Elephant from the Bronx zoo is being held in inhumane conditions and should be allowed to leave the zoo and join a sanctuary. While almost all elephants are caged with at least one other elephant, because they are social creatures, similar to humans with the need for interaction, Happy is not.

Being the first elephant to demonstrate self-awareness through the mirror test, that usually only dolphins and humans are able to pass, she is quite unique. But she has led a sad life in the Bronx zoo, as she has spent the last thirteen years without company.

To make matters even worse, when temperatures drop, her exhibit closes, and she is entirely alone from November until April.

Elephants are highly intelligent creatures, not too much unlike ourselves. They need socialization and grow close enough to others of their kind that they can end up with post-traumatic stress disorder from witnessing death.

Due to her conditions, and the fact that she was taken from the wild, and then placed in the zoo, the Bronx County Supreme court is set to hear a case in which the possibility to sending her into a sanctuary to live a life of peace. In this court case, if granted, she would be considered a free entity, much like a human.

“Our world-class experts say that, like all elephants, Happy is an autonomous being who evolved to walk 20 or more miles a day as a member of a multi-generational large social group,” said Nonhuman Rights Project founder Steven Wise. “The entirety of the zoo’s elephant exhibit provides far less than even 1 percent of the space she would roam in a single day in the wild.”

According to the Huffington Post, Zoo officials believe moving her would be an even worse decision, as she is used to the handlers at the zoo, and being transferred somewhere that she isn’t used to could prove to be far worse than allowing her to stay at the zoo she is in now.

She was then separated from the others, Maxine and Patty because the officials believed they might not get along. Zoo officials say that Happy gets hours of interaction each day with zookeepers, but if she is allowed to leave the zoo, she could roam in an almost free setting with other elephants in one of many sanctuaries across the country.

If you would like to help happy, you can sign the petition here.
You may also reach out to the representatives Eliot Engel and Jose Serrano.