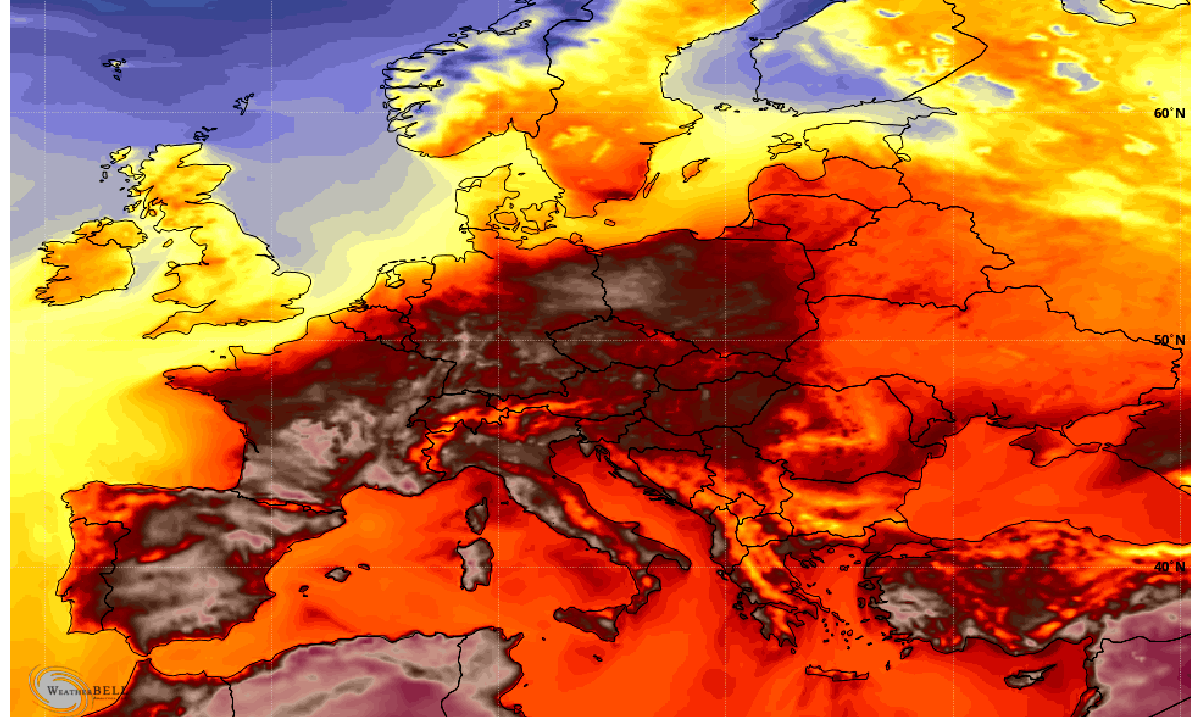 Record temperatures have swept through Germany, Poland, and the Czech Republic today, and scientists predict that it will get much worse. In fact, they believe they could reach over 104 degrees Fahrenheit on Thursday, with temperatures only rising from there.

And such temperatures, they say, could be devastating to the citizens living there, with many potentially at risk for various conditions. French officials have even issued warning about the possible risk of death during such weather. Just back in 2004, there were 15,000 extra deaths due to a similar heat wave.

Most have been advised to avoid strenuous activities during the hotter parts of the day, to drink plenty of water, and to avoid the sun at all costs. Children and elderly people, as well as those who are already medically vulnerable,  are the ones with the most risk.

And the German Weather Service recorded temperatures around 101.5 degrees Fahrenheit at around 2:50 PM. Reports were made from Portugal who reached the upper 90s, Poland with 95-105 expected this week and extended to Spain, Switzerland and even to Berlin- all of whom had reached record highs that continue to climb throughout the week.

“When summer temperatures are routinely in the 70s, like in northern Europe or the West Coast of the US, many places do not have air conditioning. This can turn deadly fast if heat waves strike and last for several days,” CNN senior meteorologist Brandon Miller said.

While heatwaves have happened before, the longevity of the previous record (72 years) provides a good example of how this particular heatwave, compared to others, is quite unusual. But climate experts warn it may not be in the future because heat waves like this one are becoming more and more frequent as time passes. Sadly, they believe it is due to the status of our current climate crisis.

And French national weather experts say that the frequency is expected to double in the next 30 years.

Last year, European health bodies reported loss of life during heat waves that occurred in Spain, Portugal, and Sweden. This year, their goal is to avoid a repeat. Paris City Hall is currently working on enacting a plan that would include 48 mist showers throughout the city and is extending hours of public pools.

As it stands, experts are unsure of how long it will be before the heatwave ends, and until then, we should expect more plans to go into action that would provide aid to those enduring the major heat waves.