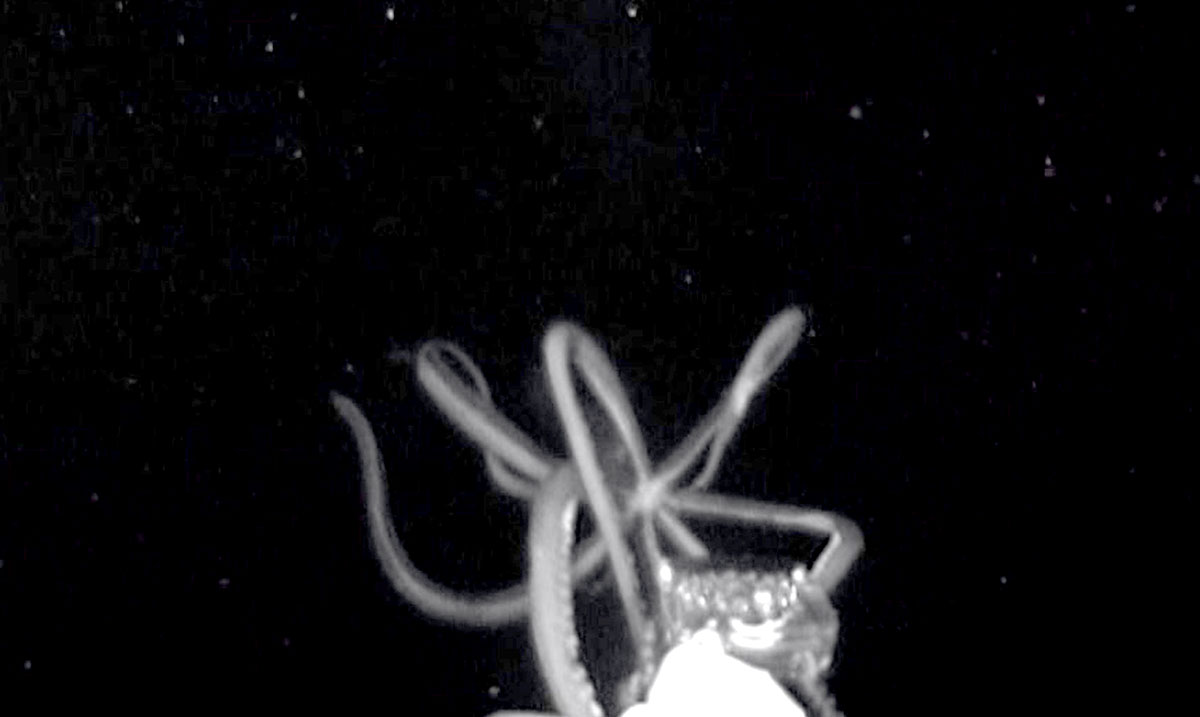 The internet is flooding with funny videos, anecdotes, articles about the news, etc., however, when I stumbled upon this one, I knew I had to share it. In one of the most hauntingly beautiful videos I have ever watched, a giant squid is depicted swimming in the deep darkness that is the Gulf of Mexico.

Dr. Edie Widder, who is the founder of the Oceanic Research and Conservation Association took the footage during a recent observation. The footage was taken by use of the camera she invented which is known as the MEDUSE. It is specifically designed to take amazing footage underwater by the use of red light, which makes the film all the more captivating.

The footage contains a rare sight, the first ever footage of a living giant squid in U.S waters. In an area referred to as the ‘midnight zone,’ it is around 3,280 feet beneath the surface of the ocean. It took 23 people to shoot and create the video, which overall (outside of the clip below) is hours and hours worth of footage.

Dr. Widder explains that ‘People started crowding around, getting pretty excited, but trying not to get too excited,’ upon hearing what they had caught. They had ‘to be sure it was really what we thought it was.’

While they have attempted to capture such footage for years, this marks a new era in not only the scientific world but also in the world of documentary footage. To see for yourself, check out the clip below. You can learn more about the footage on their website by clicking here.