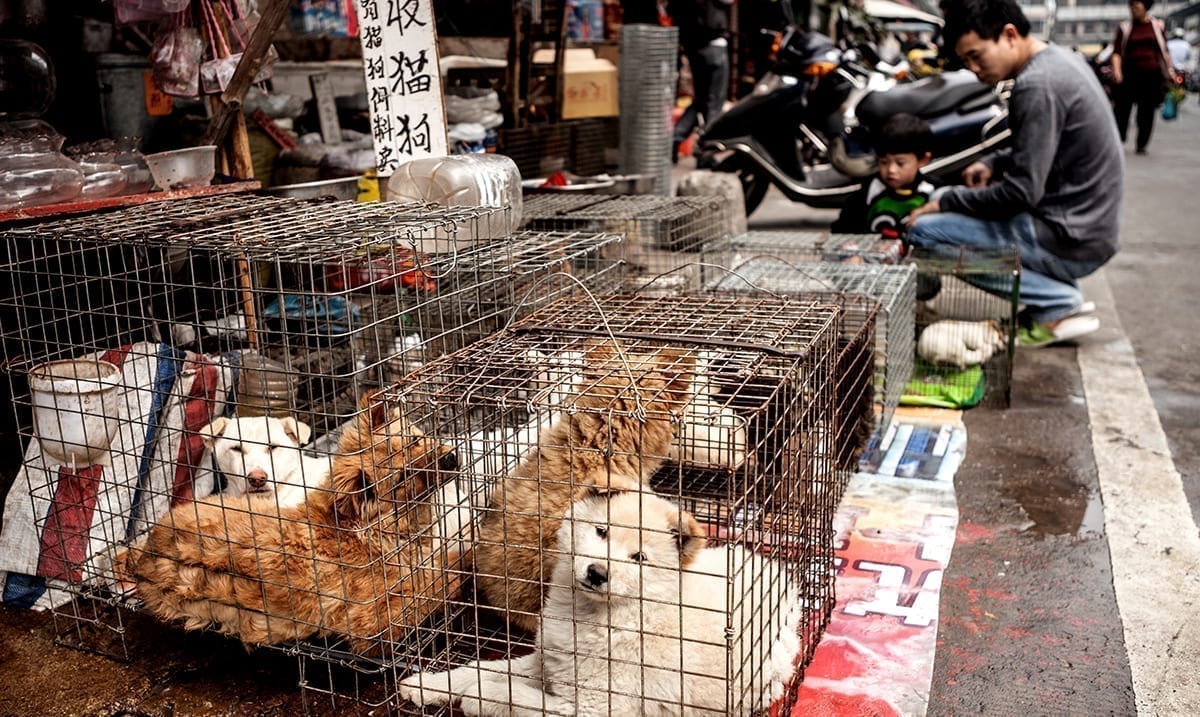 Back in February, a law was drafted that would ban residents from Shenzhen from eating dog meat and other things of the sort. For those who do not know there has been a lot of controversy about the markets this meat and animals, in general, are sold at and some suggest that these markets could have something to do with the birth of this new coronavirus.

These regulations would include things like dog meat, snake meat, frog, and turtle. You see while China banned all trade consumption of wild animals, ending the trade itself is going to be a hard feat for the country. However, cities like Shenzhen finally having passed this law and working to put it in place is a good start. The law passed in Shenzhen was passed just days ago finally and according to DailyMail one charity group has touted its passing as a ‘historic decision.’

This while not passing to ‘save the dogs’ and more-so passing to help prevent major public health risks, is a big step towards something amazing. If you’ve ever heard of the Yulin Dog Meat Festival, you know how barbaric the treatment of the dogs that are going to be eaten is. According to the official documents on this only nine types of livestock are suitable for people to ingest and those are things like sheep, donkeys, pigs, ducks, cows, and so forth.

Daily Mail reported as follows on the topic:

Commenting on the necessity for the government to create ‘a white list’, one spokesperson previously said the authority wanted to make it easier for people to know what can be eaten.

‘There are so many animal species in nature. In our country alone, there are more than 2,000 kinds of protected wild animal species.’

‘If the local authority is to produce a list of the wild animals that cannot be eaten, it will be too lengthy and cannot answer the question exactly what animals can be eaten,’ the official said.

Animal rights activists have praised the Shenzhen government for issuing the ban.

Dr. Peter Li, China policy specialist for animal protection charity Humane Society International, said in a statement: ‘With Shenzhen taking the historic decision to become mainland China’s first city to ban dog and cat meat consumption, this really could be a watershed moment in efforts to end this brutal trade that kills an estimated 10 million dogs and 4 million cats in China every year.

‘The majority of these companion animals are stolen from people’s back yards or snatched from the streets and are spirited away on the backs of trucks to be beaten to death in slaughterhouses and restaurants across China.

‘Shenzhen is China’s fifth-largest city so although the dog meat trade is fairly small there compared with the rest of the province, its true significance is that it could inspire a domino effect with other cities following suit.’

Now, while cleaning up the streets and getting things under control when it comes to this kind of trading things will take time but with laws like this finally, passing progress is being made. While the black market will be something hard to fight, if the right measures are taken things will eventually be as they should.