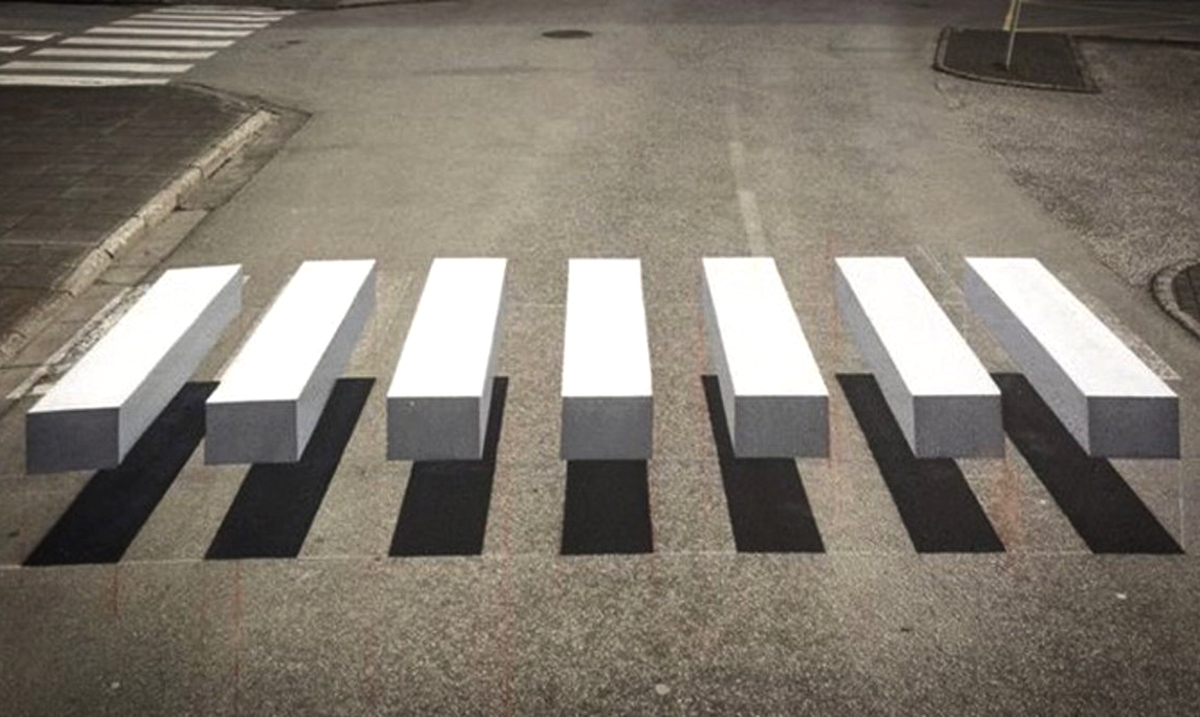 By Harley MansonOctober 26, 2022No Comments

It has been said that kids are our future, and if that is true, these kids prove that we may have a fighting chance.

Two Brook Elementary students from Medford, Massachusetts wanted to make their crosswalk safer and began contemplating how to accomplish that. By the time all was said and done, they had decided to use a 3D illusion to help slow drivers down. Their idea was to create a crosswalk that appeared in 3D. For most, if you drove up to this-you would immediately slow down, otherwise, you might fear driving into a platform crosswalk.

“We were thinking of a way we could do something to help make our street safer,” said 10-year-old Isa, one of the students who helped come up with the idea.

She and her friend Eric set out to get local drivers to slow down as they drove past their school and through their crosswalk.

“When you’re walking across, you can tell that it’s painted,” Isa said. “But what we hope is when you’re driving down, you’ll see it as, like 3D, three-dimensional. So it looks real.”

Before they were able to begin having the crosswalk painted, they had sent a proposal to the local Mayor Muccini Burke, who loved the idea. He immediately scheduled an appointment for the two kids to speak at the Traffic Commission meeting the following February.

Both of the students are a part of the Brooks Center of Citizenship and Social Responsibility (CCSR) which is a program established in 2013 with a mission to develop responsible leaders and citizens.

“This is a great example of them sticking to an idea. And going through all the steps and talking, in this case, to all the adults and the powers that be,” says their teacher, Mike Coates.

“I think it’s great. It certainly would make me stop.”