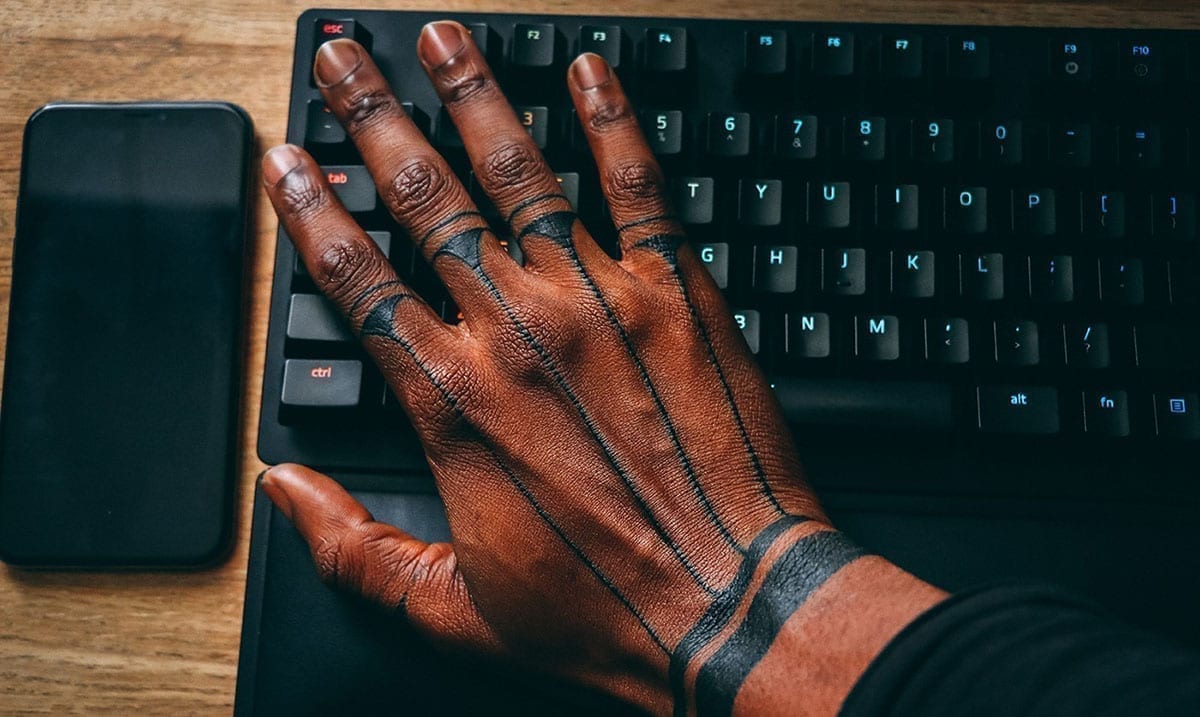 While it might sound insane, technology is advancing more and more each day. Google for a while now has been working on something that tons of people find quite mind-blowing.

According to CNET Google has been experimenting with something they’re calling smart tattoos. These are temporary tattoos that would essentially turn a person’s body into a touchpad where the tattoo is placed. Sure, Google has had things flop in the past but this creation overall sounds quite fascinating and could eventually change the way we do things when you really think about it.

CNET wrote as follows going over these ‘tattoos’ which are being called ‘SkinMarks’:

A project called SkinMarks uses rub-on tattoos to transform your skin into a touchpad.

Here’s how it works: The tattoos, which are loaded with sensors, are applied to a part of the body, like the ridge of a person’s knuckles or the side of a finger. The sensors can be triggered by traditional touch or swipe gestures, like you’d use on your phone. But there are also a few gestures that are more specific to working on the skin’s surface. You could squeeze the area around the tattoo or bend your fingers or limbs to activate the sensors.

The benefit of using your skin as an interface, the researchers write in a 2017 white paper, is tapping into the fine motor skills that human beings naturally have. Being able to bend and squeeze is instinctive, so the movements make it more natural to engage with technology. Interacting with your own skin and limbs also means you can do it without looking.

The tattoos are made by screen printing conductive ink onto tattoo paper. The paper is then thermal-cured so it can be applied to the skin. Some of the prototype tattoos include cartoon drawings or light up displays. The experiment, led by researchers at Saarland University in Germany, is partly funded through a Google Faculty Research Award.

“Through a vastly reduced tattoo thickness and increased stretchability, a SkinMark is sufficiently thin and flexible to conform to irregular geometry, like flexure lines and protruding bones,” the researchers write.

This technology is being developed by Google using researchers at Saarland University which is in Germany. Basically, as you might have read about above these ‘tattoos’ are loaded with sensors and from there able to do a lot more than the average temporary tattoo would be. These tattoos use something known as conductive ink according to Daily Mail and that makes them able to read the things they need to as you do what you intend to do with them.

Would you give something like this a go? I for one would definitely try it out if it’s only temporary as these are supposed to be. To learn more about all of this take a look at the video below.