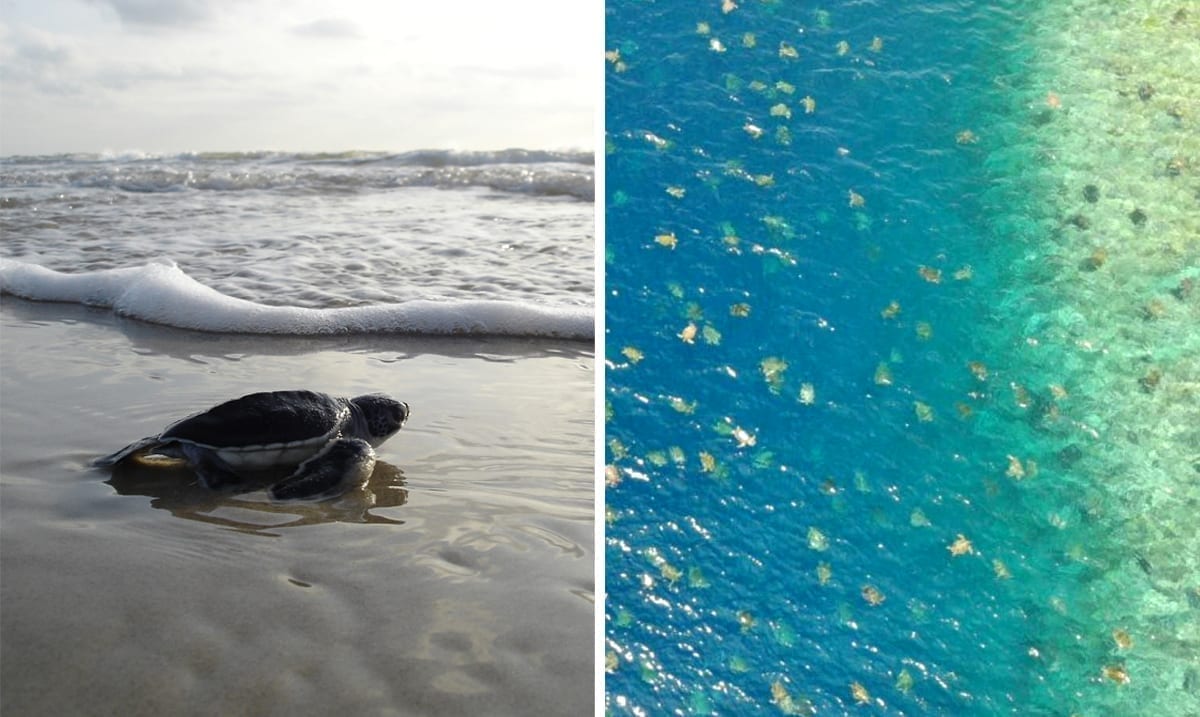 In recent times something quite fascinating has been caught on camera. Researchers have managed to snag some aerial footage of green turtles gathering just off of Australia’s Great Barrier Reef.

Since it’s nesting season, this is a wonderful find. Now, the researchers behind this interesting footage come from Queensland Government’s Department of Environment and Science, according to CNN also known as DES. They were able to snag this footage using a drone and it’s well worth the watch. These creatures are endangered and the fact that such ‘large’ numbers are gathering for nesting really provides us with a lot of hope for their species in the future.

CNN wrote as follows on the topic just days ago:

Raine Island is the biggest remaining turtle rookery in the world, but despite attracting a “massive aggregation” of the creatures, scientists noticed that they were not reproducing as expected due to nests flooding and inhospitable terrain.

“We sort of became aware that although there’s these massive aggregations, the actual reproduction isn’t working so well,” Dr Andrew Dunstan, from the DES, told CNN Tuesday, explaining that his team noticed turtles were falling off cliffs, becoming trapped in the heat and suffering flooding in their nests.

After implementing a series of interventions to help the struggling turtles, scientists then sought to track the population.

In research conducted in December and published in scientific journal PLOS ONE on Thursday, they found that using drones — or Unmanned Aerial Vehicles (UAVs) — was the most accurate way of documenting the endangered sea creatures.

In order to count the creatures, researchers had initially painted the turtles’ shells with a white stripe of non-toxic paint while they gathered on the beach and then waited for them to return to the water.

When they tried to count the turtles from the boat, they found that they came away with biased results. For accuracy and ease, scientists deployed drones to film the creatures.

“Trying to accurately count thousands of painted and unpainted turtles from a small boat in rough weather was difficult. Using a drone is easier, safer, much more accurate, and the data can be immediately and permanently stored,” Dunstan, senior research scientist and lead author of the paper, said in a statement.

Using drones, the team revealed up to 64,000 turtles swimming around the island waiting to come ashore to lay their eggs.

Yes, you read that correctly but while it might sound like a large number 64,000 is nowhere near as many as we would like to see in the ‘wild’ as a whole. That having been said, it is interesting to see and since more and more of these turtles are being found with the drones rather than with boats, progress is being made. To see this stunning footage for yourself take a peek at the video below.

Aren’t these creatures amazing? The water is covered with specks and each one of those specks is a separate turtle just trying to survive. The efforts being made for these amazing animals are making a difference and in time perhaps we will see this species recover fully.