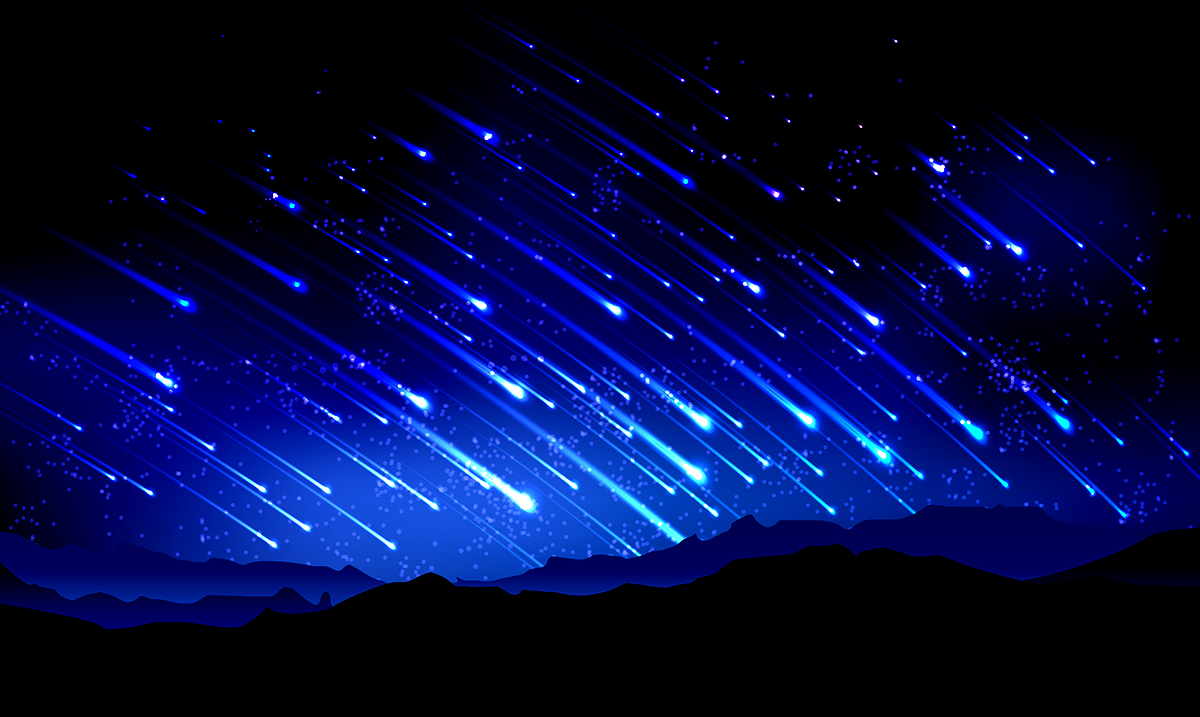 Get Ready For The Biggest Meteor Shower Of The Year

If you love to watch beautiful events in the sky, like meteor showers, then you don’t want to miss the Geminids. The Geminids produce an amazing number of meteors within a short time during them the peak, which is taking place on the 13th-14th.

Beginning in the early morning, around 2:00 am, on the 13th, the show will start to amp up. According to NASA, the Geminids are the “best and most reliable annual meteor showers.” It’s referred to as one of the best and most reliable because, during its peak, it can produce upwards of 150 meteors per hour.

On average, you should be able to expect at least 50. The meteors produced by the Geminids are a greenish-yellow color and move quickly. And since it’s a meteor shower, you don’t need binoculars or a telescope to view them.

So, to view, simply bundle up in some warm clothes, lay a blanket or chair out, and look to the darker parts of the sky that lie past the Gemini constellation. As long as the weather permits and the skies aren’t cloudy, you will be able to see them and with ease.

As far as timing, 2-3:00 a.m will be best. If you can’t commit to such early morning hours, you can try to catch a glimpse when the moon is out, but it will be best to look towards the other side of the sky, opposite the moon.

A few suggestions NASA gives for viewing is to find a location away from a busy city, or street. Lay on the ground and stare up. After 30 minutes, your eyes will adjust and not long after that, you will be able to see the show.

The Geminids can be seen by most of the world. Yet, it is best viewed by observers in the Northern Hemisphere. As you enter the Southern Hemisphere and move towards the South Pole, the altitude of the Geminid radiant – the celestial point in the sky where the Geminid meteors appear to originate – gets lower and lower above the horizon. Thus, observers in these locations see fewer Geminids than their northern counterparts.

Besides the weather, the phase of the Moon is a major factor in determining whether a meteor shower will have good rates during any given year. This is because the moonlight “washes out” the fainter meteors, resulting in sky watchers seeing the fewer bright ones. This year, the Moon will be almost 80% full at the peak of the Geminids, which isn’t ideal for our highly regarded meteor shower. Nevertheless, that bright Moon is expected to set around 2:00 a.m. wherever you are located, leaving a couple of hours for meteor watching until twilight.

“Rich in green-colored fireballs, the Geminids are the only shower I will brave cold December nights to see,” said Bill Cooke, lead for NASA’s Meteoroid Environment Office, located at Marshall Space Flight Center in Huntsville, Alabama.

NASA will broadcast a live stream of the shower’s peak Dec. 13-14 via a meteor camera at NASA’s Marshall Space Flight Center in Huntsville, Alabama, (if our weather cooperates!), starting at 8 p.m. CST on the NASA Meteor Watch Facebook page.