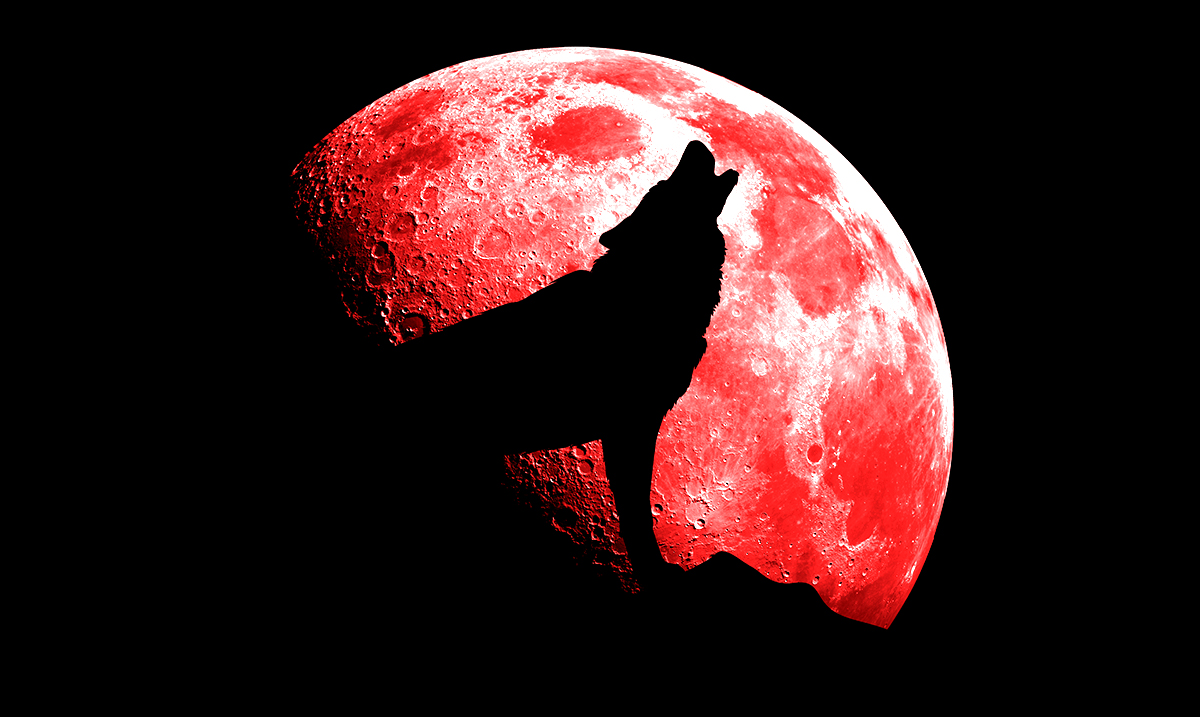 Now that we are in January there are some interesting celestial events coming our way. One of those is the full moon/eclipse duo that will occur on the 10th and if you’re not already looking into those energies, you should be.

To begin with, this full moon itself is referred to as the full wolf moon because it is taking place in January. According to the Farmer’s Almanac, it gets its name from different sources including Native American Groups from the past. Each full moon has a name and those names are often associated with different things that happened as the year passed.

The Farmer’s Almanac wrote as follows in regards:

The Full Moon for January was called the Full Wolf Moon because wolves were more often heard at this time. It was traditionally thought that they howled due to hunger, but there is no evidence for this. However, wolves do tend to howl more often during winter months and generally howl to define territory, locate pack members, and gather for hunting.

In addition, Native American cultures typically hold a lot of respect—not fear—for wolves, so this month’s Moon name should be viewed with that in mind, too.

All of that aside, this full moon will be specially charged as it will not only be a full moon it will also be a lunar eclipse. This will all be occurring in the sign Cancer and because of how intense the ordeal is as a whole we will be gaining some pretty challenging energies to deal with. If you are someone who holds your own as is perhaps focusing on the people you care about who might struggle with these energies during this time would be a good idea.

Do not let the pressure before you get the best of you. Remember to ground yourself properly and do not give in to the tensions that will be growing while this wolf full moon eclipse ordeal is present in your life. Your intuition will be highlighted during this situation as a whole and using it to your advantage might help you through these energies on a deeper level.

In regards to the energies, this lunar eclipse is bringing forth Astrology King wrote as follows:

Sun conjunct Mercury means the main focus of the January 10 lunar eclipse is on thinking and communications but also trade and transport. The Sun, Saturn and Pluto are masculine and authoritarian. This leaves the emotions of the Moon very vulnerable.

At the personal level, thoughts and words are likely to become cold, calculated and ruthless. Feelings will take a back seat to harsh realities as bullies, bigots, and loudmouths gain the upper hand. The lunar eclipse on fixed star Castor increases emotional sensitivity and nervous anxiety.

At the global level, freedom of speech and the independence of the media will be curtailed by governments and even multinational organizations. The public, represented by the Moon, will be subject to lies and propaganda. Even freedom of movement and freedom of association will be threatened as rulers and states increase their grip on power. Human rights will be lost in the name of national security.

If you want to know more about the astrological events to come in January please check out the video below. This lunar eclipse/full moon duo will be quite the sight but also feel pretty weird for most of us. Are you ready?