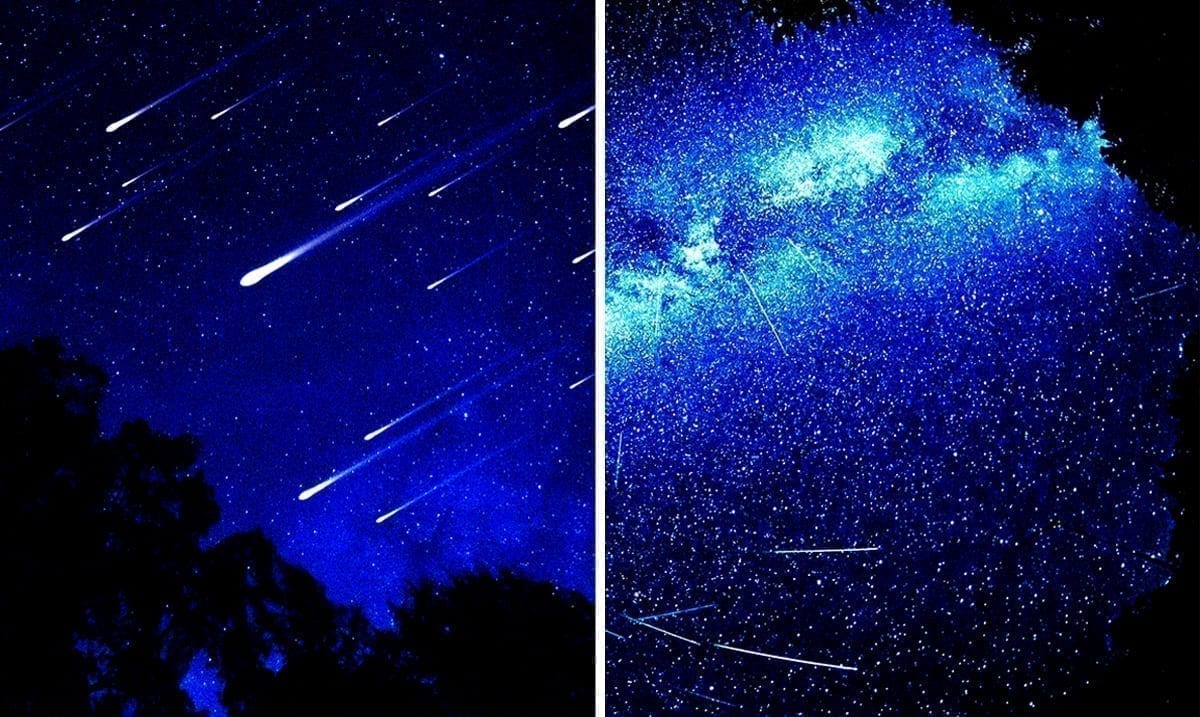 Get Ready! Double Meteor Shower To Light Up The Sky This July

While it might not sound like much there are two smaller meteor showers coming to peak later this month. These meteor showers while not necessarily much on their own since working together could put on quite the show.

Right now you might be able to catch a few shooting stars here and there but as we move forth, the number of shooting stars in the night sky will increase. The two showers that are going to be peaking in a couple of weeks are the Delta Aquariids and the Alpha Caprocornids. The Delta Aquariids peak on the 28th and the Alpha Caprocornids peak on the30th, so they’re quite close together.

Earth Sky wrote as follows on the Delta Aquariids:

Late July 2020 – around July 28 – presents the nominal peak of the Delta Aquariid meteor shower. But don’t let that date thwart you if you have a chance to be in a dark place for meteor-watching, anytime before, while the moon is still a waxing crescent and setting in the evening hours. The shower offers more meteors after midnight and is best viewed during the predawn hours.

The long and rambling Delta Aquariid shower is officially active from about July 12 to August 23 each year. The coming new moon on July 31/August 1 (depending on your time zone) means lovely waning crescents in the optimum predawn hours in late July. It means dark skies throughout most of the night all through the first week of August.

Now, for those who do not know, the Delta Aquariids are known to put on a fairly decent show. While they don’t hold tons of shooting stars you should be expecting around 20 or so per hour. That being said, we could end up facing more or less.

However, with the Alpha Capricornids, we’re looking at less but still enough to note. According to The Sky Live’s website, this shower only usually holds about five per hour but that also could end up being more or less depending on how much debris comes forth. I know, that in itself even when combined doesn’t sound like a lot but if both somehow prove to be overly exceptional this time around, we could see up to 100 per hour though I doubt we would ever get that lucky with these two showers.

To hear more about these two showers and the other things going on in the night sky for July take a look at the video below. Will you be watching? I for one will be counting to see just how many shooting stars I can make wishes on until all of this is over with.