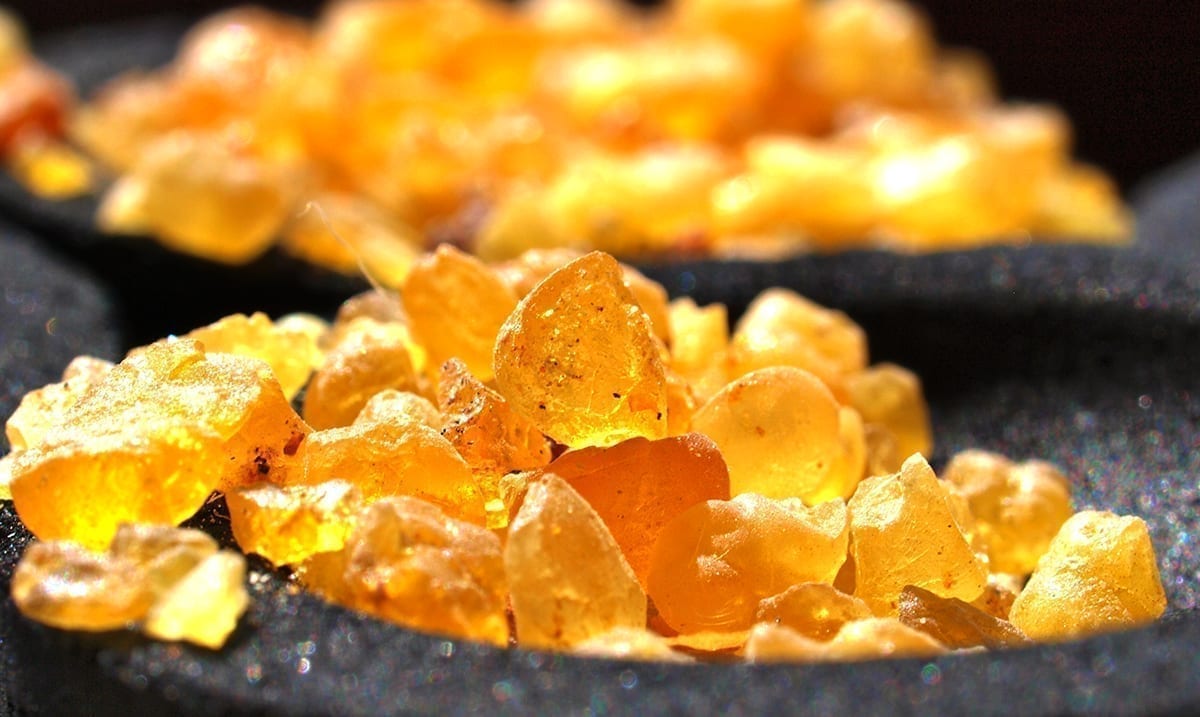 Frankincense is a very powerful tool for all of us but for the most part, only the witchy tend to use it. If you’re looking for something to help boost the energies around you and perhaps even cleanse your space, frankincense might be well worth it.

For those who might not know what frankincense is, it is basically the dried sap of trees in the Boswellia genus. This dried sap is typically burned as an incense and well, it is thought to ward off evil spirits, cleanse negative energies in our homes, and so forth. That being said, it can do a lot more than just that.

In the past research has even shown that it might be a decent and effective antidepressant for those who need it. A study from back in 2008 from the Federation of American Societies for Experimental Biology found that burning frankincense was able to activate ‘poorly understood ion channels in the brain to alleviate anxiety and depression.’ I know, to some that might sound like a stretch but it could really prove to be quite beneficial to many of us.

Floracopeia wrote as follows breaking down some of the benefits frankincense has to offer:

Frankincense is highly valued for its medicinal powers. Oleoresins are a part of a trees immune system, secreted to protect it from herbivores, insects, and fungal pathogens. Resins also speed the healing of wounds to the tree, which is why the sap flows when the bark is cut. In a similar way, frankincense has medicinal functions related to enhancing human immunity and supporting rapid healing. Frankincense has been used historically for treating respiratory infections, regenerating the skin, and for treating wounds, bruising, and scars. The resin of Boswelia Serrata, Indian frankincense, is now widely used for its anti-arthritic and anti-inflammatory properties; these functions were well-known in Ayurveda long before the discovery and isolation of boswelic acids, the active compounds.

Frankincense is the most universally known temple incense. When burned on a censor, the resin gives a sweet pine-like smoke, which purifies the atmosphere and uplifts the spirit. Foul odors have always been regarded as a sign of evil spirits, which could be interpreted in modern scientific terms as the presence of pathogenic microbes. Frankincense has confirmed antibacterial properties, which can remove these disease-causing spirits. In medieval times, the fumigation of churches with frankincense was as much an antiseptic function as a spiritual one, since most people were filthy from lack of sanitation. Many spiritual practices, including those taught in Ayuveda and the yogic traditions, are actually derived from hygienic methods.

How can yogis and yoginis use and enjoy frankincense? A few drops of high-quality frankincense oil can be applied to the palms, rubbed together, and inhaled. This produces an instantaneous clearing of the sinuses and a strong activation of the prana entering the brain and lungs. Frankincense essential oil can be mixed with a carrier oil such as coconut or sesame and applied to sore joints and stiff muscles. A few drops of the oil can be sprinkled on a hot wet towel and applied to the chest for opening and stimulating the respiratory system.

For a very long time frankincense has been used during smudging and things of that sort and with good reason. Even now many of the witchy world still opt for it as it helps to release a sacred space. It works to cleanse and renew. According to Learn Religions website, it is believed that this resin in itself holds high vibrational energy that is very powerful. It is meant to be used to enhance the other things someone practicing the craft is using and well, it seems to work great at doing just that.

Do you use frankincense when you smudge or do other things of the sort? I for one always try to keep it around. It makes me feel much more at ease when present.