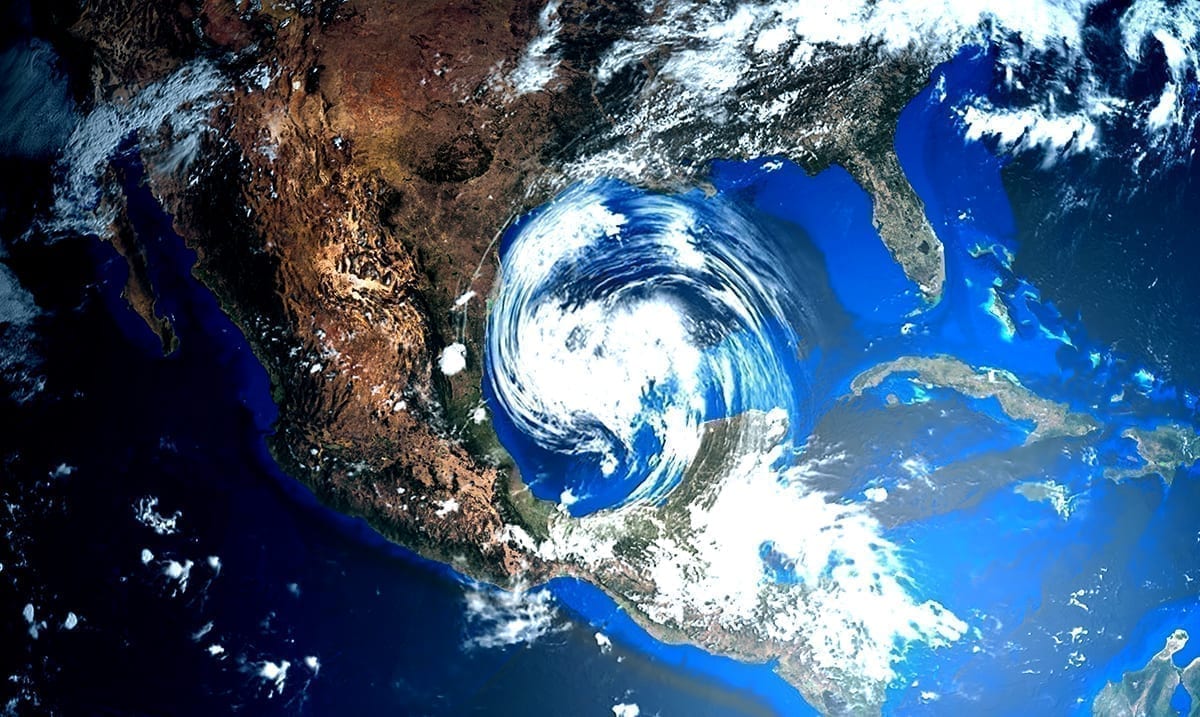 For The First Time, Two Hurricanes Could Hit The Gulf Coast At The Same Time

By Gerald SinclairAugust 22, 2020No Comments

While we’re used to experiencing hurricanes around this time each year, we don’t often see two at one time in the same places or headed in the same direction. However, it seems there are two tropical storms that could become hurricanes headed for the Gulf of Mexico.

According to The Tampa Bay Times, next week we could see two hurricanes ‘churning’ in the Gulf of Mexico. This would be a first and while these two storms would fight one another and likely weaken as a result, it’s something to be aware of. Sure, we at the moment don’t know for sure if this will happen but it does seem quite possible.

The Tampa Bay Times wrote as follows on this topic:

Tropical Storm Laura, which formed Friday, is forecast to veer further west away from Tampa Bay and Florida, according to the National Hurricane Center’s 5 p.m. Friday advisory. It was moving west at 17 mph while generating maximum sustained winds of up to 45 mph.

If Laura survives its Sunday-Monday trek over the mountains of Hispaniola and Cuba, it is expected to reach Category 1 strength in the warm eastern Gulf waters Tuesday. Its path is aimed at the Louisiana-Mississippi border, with Pensacola, the only part of Florida still caught in the cone of uncertainty.

Tropical Depression 14 will enter the western Gulf on Sunday and is projected to grow into Hurricane Marco on Tuesday. Its path is also veering west, right at the center of the Texas coastline. It was moving northwest at nearly 13 mph, with maximum sustained winds of 35 mph.

We may get lucky and avoid this entirely but at the moment as noted above we just don’t know yet. According to Weather.com, this is something we have not seen happen since the 1950s and it’s quite concerning for that reason. I know, the whole concept sounds quite bizarre but it’s worth being aware of, especially if you’re in the affected areas.

Weather.com wrote as follows breaking this down a bit:

There are a lot of uncertainties in this forecast – particularly when two tropical cyclones come into relatively close proximity.

For instance, one of these systems could dominate and help squash the other, a possibility raised Thursday by Todd Kimberlain, a meteorologist at the South Florida Water Management District.

They could also rotate around each other in a process known as the Fujiwhara Effect.

Or they could simply follow each other in back-to-back form over a similar region.

I know if you’re not in the area you might not think this is too serious but it can be. Hurricanes overall are devastating and I personally could not imagine experiencing two at one time regardless of them weakening one another. We were warned not too long ago that this hurricane season would be more active than usual and well, that may soon prove to be true.