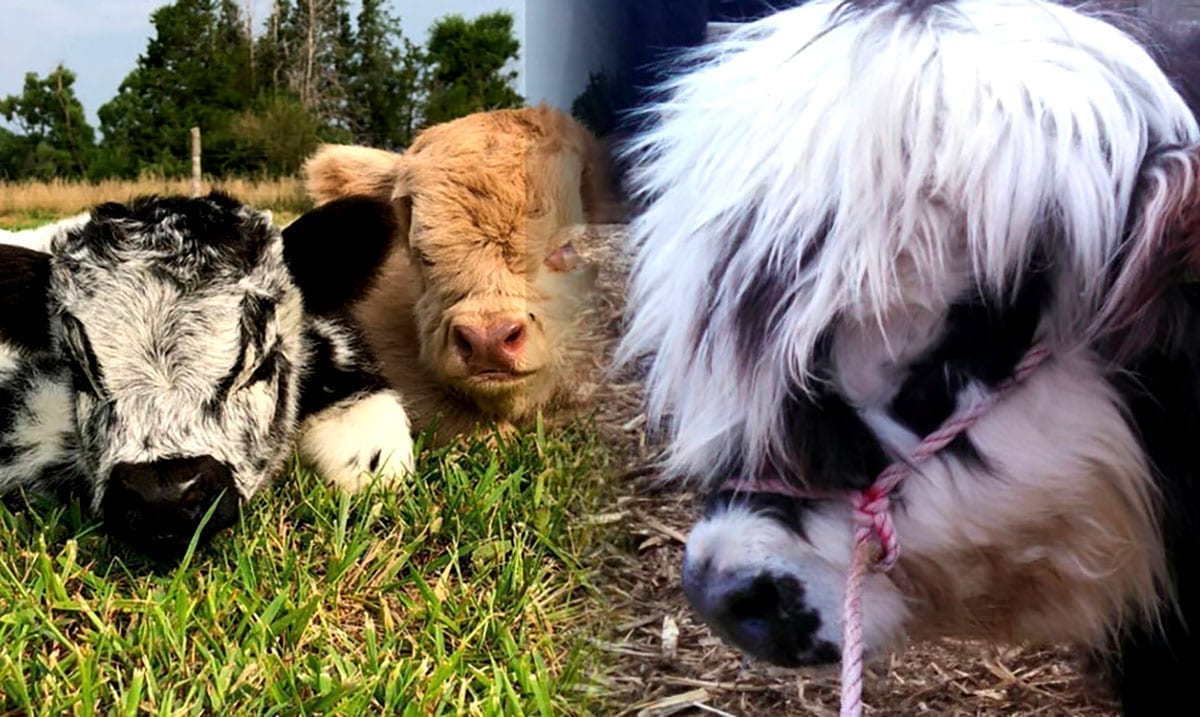 Fluffy Mini Cows Are Adorable And Yes, They Do Make Great Pets!

By Gerald SinclairOctober 9, 2020No Comments

For years now there have been viral images floating around of fluffy mini cows and well, people really seem to love them. That being said, while they are adorable not everyone realizes that they are actually real, and they’re pretty amazing pets when you know how to properly care for them.

Mini cows come in a lot of different breeds and when it comes to the fluffy one’s people more often than not are referring to Miniature Lowline Angus, Miniature Panda Cow, or Miniature Belted Galloway. That being said, those are not the only ones and some of the other ‘breeds’ may more than capture your heart as well. Personally, my favorite out of the mini cows would be the Miniature Belted Galloway but again, to each their own.

Some breeds of mini cows are more suited for small scale milking than others and well, you really just need to know what you want out of your cow before really diving into the breeds and choosing what might be best for you if you do in fact want some kind of mini cow, be it fluffy or not. Depending on the colors or markings you want the cow you end up with could cost you anywhere from just under two thousand bucks to right at four or five thousand. However, I do suggest making sure you know where your cow is coming from. The last thing you want to do is buy a mini that actually turns out to be some kind of standard-sized cow, right?

While even standard-sized cows can be great to have around, minis are much more suited for smaller areas and more one on one households in that sense. They are great pets because they are very loving and playful all the while really bringing a unique personality to the table. That being said, while you might compare them to dogs, they are still pretty different.

If you live somewhere with a bit of land and you want to get a cow, perhaps a mini cow might be something you should research and consider. They do need fencing and whatnot like a normal cow would but not as intense because they do not have as much force behind them. They don’t need as much room as your average cow and don’t consume anywhere near as much feed on a daily basis. Overall, they’re quite unique and very adorable.

While I have personally never had a pet cow of any sort, I have had a pet Netherlands Dwarf goat and she was truly a treat. I believe in the future a mini cow of some sort might be something even I end up with. Could you imagine coming home to one of these adorable faces every day? To learn more on this topic take a look at the video below.

Just keep in mind, before you rush out and get a mini cow of any sort you should do research further to make sure they truly do fit your lifestyle and would be a good addition to your family.

Have a Cow—and We Mean a Pet Cow