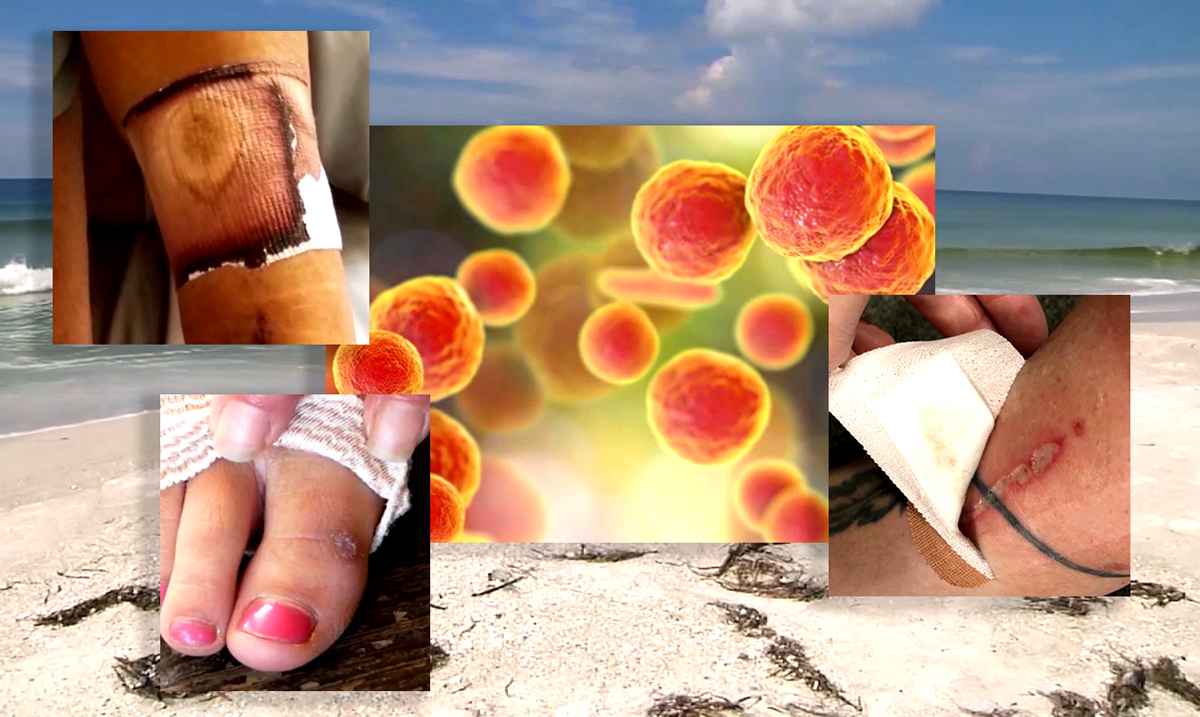 While a flesh-eating bacteria sounds like the thing of nightmares, or perhaps even an urban legend, it isn’t. Actually, there have been a few cases of the bacteria in Florida, one of which has taken a life.

According to CBS Miami, 77-year-old Lynn Fleming died this past week after cutting her skin when she stumbled and fell on the sidewalk near her Gulf of Mexico home. And while Wade Fleming didn’t expect a small scrape to end the long life of his beloved mother, ultimately, it did. And sadly, within days, she ended up in the hospital with necrotizing fasciitis.

The bacteria feed off of the body’s soft tissue, and they believe the bacteria came from the small ditch where she fell. Apparently, in the embankment, there was water containing the bacteria. While this is a rare occurrence, it isn’t spoken about enough, and because of that, a number of people could be at risk.

Even with a diagnosis, the condition can be deadly. Dr. Jason Monsour from Broward Health says that we should all be aware of the risks associated with going to the beach. ‘It’s an aggressive bacteria, an infection that travels under the skin and causes tissue death,’ he explained, ‘Patients come in here with severe pain and by late in the day it spreads up their leg.’

In another incident, a 12-year-old girl visiting Florida is said to have gotten the bacteria as well, but as of now, she has survived. However, her survival won’t be without months of therapy.

“If the bacteria get into the bloodstream and causes sepsis and multi-system organ damage, then, of course, the death rate is much higher,” said Dr. William Shaffner, infectious disease specialist at Vanderbilt University Medical Center. “Up to a third of people who have this serious infection can die from it.”

And while we refer to it as rare, the CDC states that around 1,200 cases occur each year.