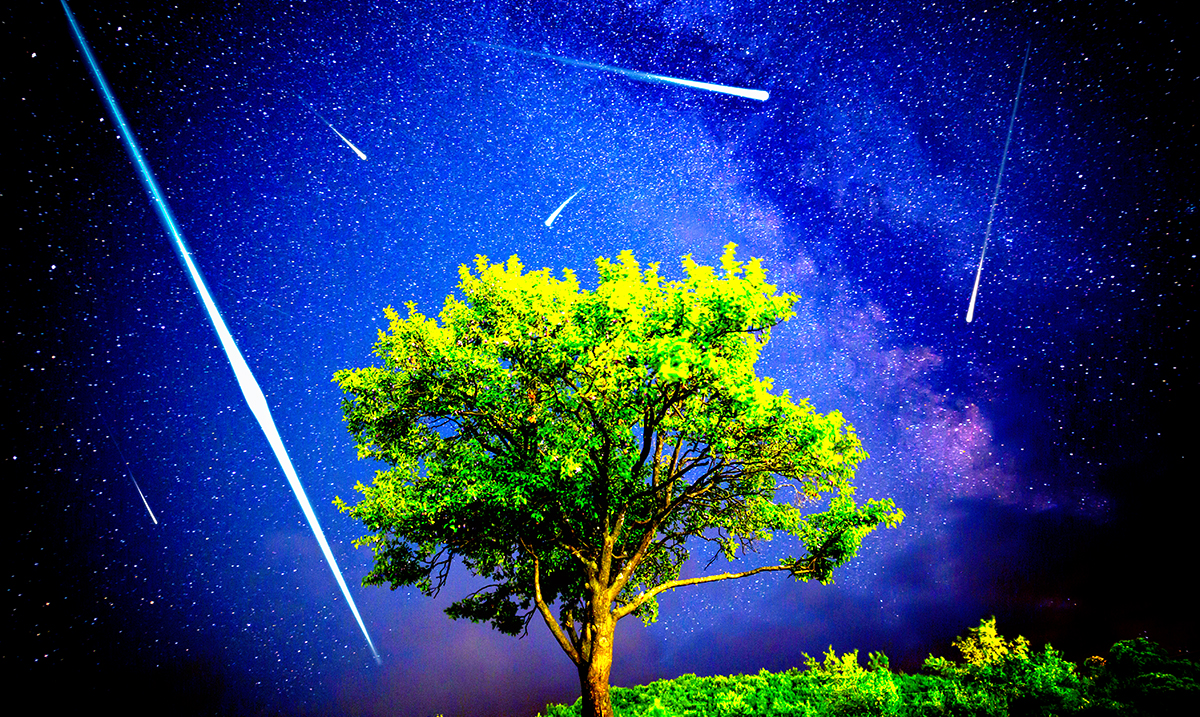 First Major Meteor Shower Of 2019 Peaks Tonight With Potential To Be The Strongest Of The Year!

By Gerald Sinclair January 3, 2020 No Comments

As you may be aware already, there is a meteor shower currently happening that will be peaking on the night of January 3rd (2020). This shower is known as the Quadrantid meteor shower and while it’s one of our biggest showers each year it is also the shortest and strangest.

It is true that the Quadrantids have the potential to be the strongest of the year, they often fall short due to the length of maximum activity and the poor weather during early January, according to the International Meteor Organization.

The Quadrantid meteor shower is the shortest because unlike others it doesn’t last very long. While most showers peak for more than one night or at least one entire night the Quadrantids peak only lasts for a few hours. While the shower produces 50-100 meteors per hour it doesn’t last through the night like you might want it to. It has to be captured at the right moment or you might not see hardly anything regarding shooting stars.

Now, that all aside what makes this shower strange in itself is the fact that it is named after a constellation that no longer exists. It originally got its name after the constellation Quadrans Muralis. For some reason when constellations got their official names and recognitions that one just didn’t make the cut. It is for some reason also a shower that not many people know about even though it is easily one of our biggest.

Regardless though it is a wonderful shower worth taking the time to experience if you are free. It will be peaking this weekend on the night of the 3rd as noted above. You have a chance of seeing shooting stars from late the night of the 3rd and into the morning of the 4th which means not everyone around the globe will get to catch the show for themselves.

In regards to this shower Earth Sky wrote as follows on their website:

The Quadrantid meteor shower is 2020’s first major meteor shower. We’ll have moon-free skies during the predawn hours on January 4 for this year’s peak, expected late night January 3 until dawn January 4. Although the Quadrantids have been known to produce some 50-100 meteors in a dark sky, their peak is extremely narrow, time-wise. Peaks of the Perseid or Geminid meteor showers persist for a day or more, allowing all time zones around the world to enjoy a good display of Perseids or Geminids. But the Quadrantids’ peak lasts only a few hours. So you have to be on the right part of Earth – preferably with the radiant high in your sky – in order to experience the peak of the Quadrantids. What’s more, the shower favors the Northern Hemisphere because its radiant point is so far north on the sky’s dome.

The shower probably will be at its best from 2 a.m. to dawn on Saturday, EarthSky said.

If you’re interested in looking for meteors during this shower you should probably focus on the area just under the Big Dipper as that will be the Quadrantids radiant point. This shower is one that I do my best to view each year, have you ever taken the time to watch the Quadrantid meteor shower or will you be doing so this year? To hear more about this and other things happening in January check out the video below.