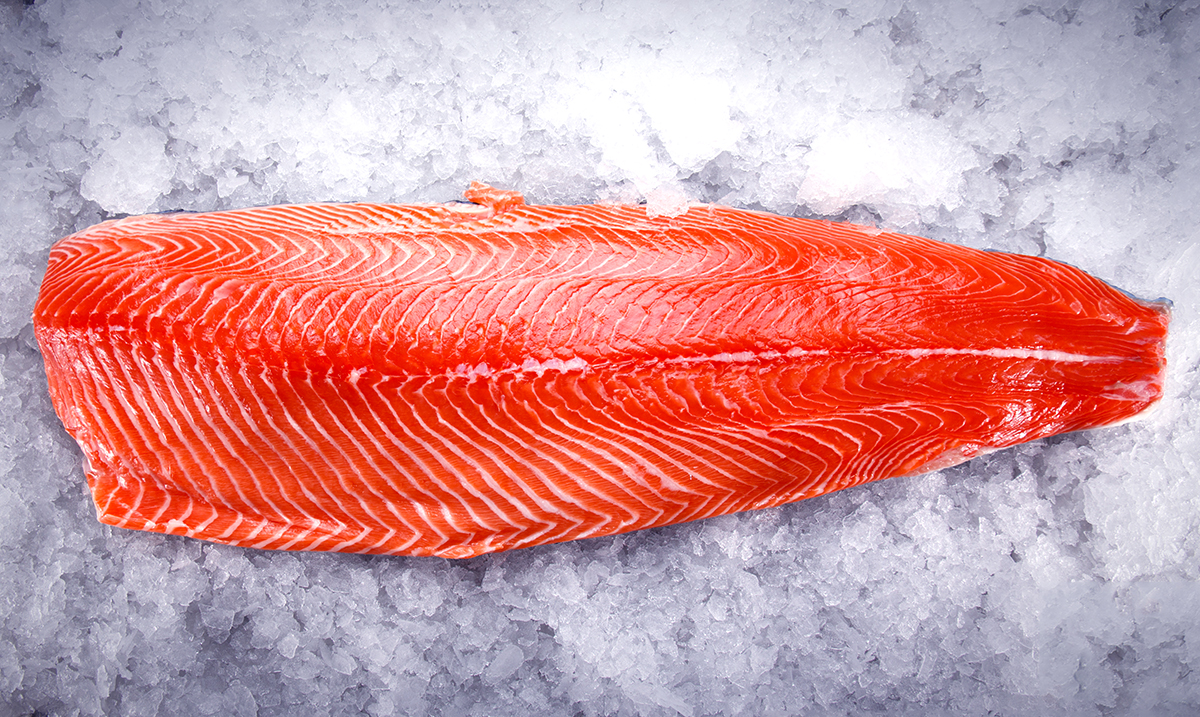 While we hear about genetically modified or engineered foods frequently, we don’t often realize that animals can be genetically modified/engineered. Sure, it’s taken the company AquaBounty a few years to get things in order, but they’re almost ready to start selling their GM salmon here in the US.

While the FDA does not require that these GM salmon be labeled as such, the company itself has noted that they intend to preemptively do-so. AquaBounty, for those who might be a bit confused is a company that has actually set up a farm here in the US and gotten approval from the FDA to sell their GM salmons within the states. That being said, bringing GMO salmon to market here in the states is no easy task.

While it is not clear just yet how well these fish will sell, it is quite apparent that depending on the price point they will be something people opt to purchase whether they know about GMOs or not. These GM fish specifically are allegedly being raised in contained tanks as it is a ‘less stressful environment’ and doesn’t give them as much chance of escaping. Because fish are eaten so extensively we’re seeing a decline in the wild and this kind of thing is allowing factory style GM farms to really take the lead.

Megan Thompson Told PBS as follows regarding this kind of fish and how things are going to work:

“In the United States, the majority of the salmon consumed is Atlantic salmon, but almost all of it is imported from ocean farms in Chile, Norway, and Canada.

That’s because, in the U.S., wild Atlantic salmon is endangered, so catching it is illegal. Ocean farming is only permitted in a few places and until recently, there wasn’t much interest in expensive, land-based production like Aquabounty’s.”

“Ron Stotish talks of producing Atlantic salmon in places it’s never been done before – like Indiana, where Aquabounty has set up its first American facility.”

AquaBounty was first approved here in the US back in 2015 but rather than jumping into the market right away things needed to be done in order to prepare and so decided to hit the market in Canada first. Many people across Canada and the US have protested regarding this kind of thing and are very against the sale of these GM salmon. That all having been said, while you would assume this fish to be cheaper than your average salmon on the market, according to USA Today, the price point will be the same.

Scott Gottlieb from the FDA said as follows regarding this GM salmon back in 2015 when it was first approved:

“The FDA is committed to supporting innovation and ensuring safety in the biotechnology space, including the use of (intentional genomic alterations) in animals.”

“We’re interested in the promise that newer technologies can have for bringing innovative products, such as these, to market while also helping to ensure they are safe and effective.”

Now, as you may know, there are lots of reasons why people oppose this kind of thing. GM salmon in itself is something GM Watch and other sources on the topic have been working to try and ‘warn the masses’ about. Because genetically modified salmon grow twice as fast it reveals to us that there is a lot happening to make that occur.

With there not being much information present on the topic regarding studies and other things of the sort, just how safe these genetically modified fish are is controversial at best. Jaydee Hanson from the Center for Food Safety has even gone so far as to accuse the company listed above of botching their tests for allergic reactions when speaking to The Alternative Daily. A lot is unknown in regard to this salmon and that is worth noting.

While this company claims to be small with a bold vision, we cannot help but question their product and what will come of it. For more on this topic please feel free to check out the video below. What do you think about the sale of these salmon here in the US?