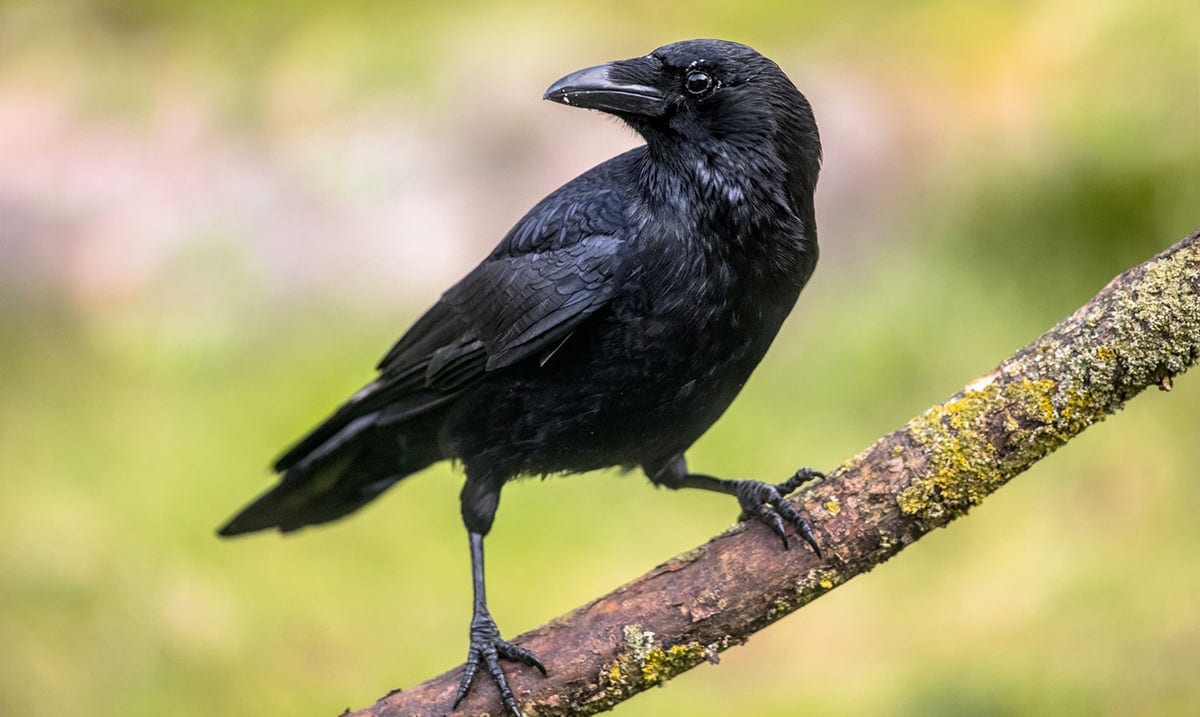 Findings Suggest Crows May Be Capable Of Conscious Thought

By Gerald SinclairSeptember 29, 2020No Comments

Sure, we know Crows are very smart, but it seems in recent times we’ve learned something else. Crows could posess a form of consciousness than we maybe realized they were capable of before.

Findings on this were posted in AAAS or Science Mag under the title of ‘A neural correlate of sensory consciousness in a corvid bird.’ Basically, for this, a team at the University of Tubingen in Germany worked on several experiments on two carrion crows. These were somewhat simple experiments but still provided a lot of information. For this, the electrodes in their brains were being monitored and well, the findings brought forth were very insightful.

RT wrote as follows about all of this:

The team at the University of Tubingen in Germany conducted a series of experiments on two carrion crows (Corvus corone), in which they were each shown some 20,000 light signals over the course of dozens of sessions while electrodes monitored their brain activity.

The birds were trained to acknowledge the visual stimuli by nodding to show when they registered a flashing light.

Some of the lights were more faint and short, making them harder to spot, however, and this caused a divergence in the responses given by the pair, leading to differences of opinion or subjective experience.

“Nerve cells that represent visual input without subjective components are expected to respond in the same way to a visual stimulus of constant intensity,” animal physiologist Andreas Nieder of the University of Tubingen said.

The consciousness in question is called primary, or sensory, consciousness and was previously only thought to exist in primates. This latest research may force us to reconsider our definition of consciousness as well as the complexity of bird brains.

Awareness of oneself, one’s knowledge, and the ability to reflect on that knowledge as well as apply it to one’s experiences in the world all fall under the umbrella of primary consciousness and add an extra dimension to problem-solving and decision-making behavior, for which crows are already known.

Awareness of oneself, one’s knowledge, and the ability to reflect on that knowledge as well as apply it to one’s experiences in the world all fall under the umbrella of primary consciousness and add an extra dimension to problem-solving and decision-making behavior, for which crows are already known.

Primary consciousness is the most basic form as we understand it, and involves appreciation of and interaction with the world in the present, with some indication of a near past and near future.

I know, all of that might sound confusing but overall it suggests that there could be some kind of pre-existing ‘ancient microcircuit’ present in the last common ancestors of humans and crows. While of course, more research will need to be done but in time we will better understand all of this, I am sure. While this kind of thing is not easy to really grasp when it comes to animals, we are learning more and more each day.

Subjective experiences that can be consciously accessed and reported are associated with the cerebral cortex. Whether sensory consciousness can also arise from differently organized brains that lack a layered cerebral cortex, such as the bird brain, remains unknown. We show that single-neuron responses in the pallial endbrain of crows performing a visual detection task correlate with the birds’ perception about stimulus presence or absence and argue that this is an empirical marker of avian consciousness. Neuronal activity follows a temporal two-stage process in which the first activity component mainly reflects physical stimulus intensity, whereas the later component predicts the crows’ perceptual reports. These results suggest that the neural foundations that allow sensory consciousness arose either before the emergence of mammals or independently in at least the avian lineage and do not necessarily require a cerebral cortex.

What do you think? Could there be more to crows than most would otherwise expect? I for one think it is very possible that they are capable of conscious thought.