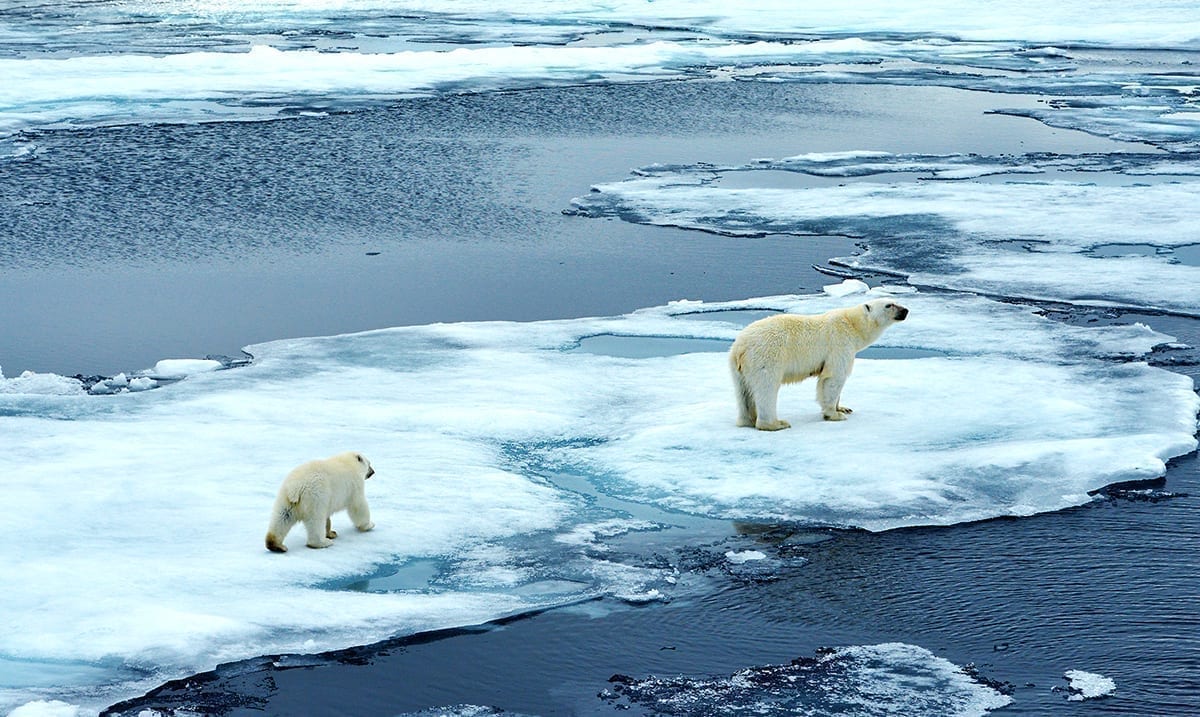 By Gerald SinclairOctober 21, 2020No Comments

In recent times a study came forth that seems to suggest that climate change itself has been a huge factor in evolution as a whole. Published in the journal One Earth on October 15th, and it’s one that I really find quite fascinating.

Psys.org wrote as follows on this study going over some of the things about it and basically, it was noted that this study was carried out by combining climate modeling and fossil records. This all in an effort to break down the presence of climate change and the effect it has had on us as times have passed. This study was published in the journal noted above under the title “Past Extinctions of Homo Species Coincided with Increased Vulnerability to Climate Change.”

Summary of this study goes as follows:

At least six different Homo species populated the World during the latest Pliocene to the Pleistocene. The extinction of all but one of them is currently shrouded in mystery, and no consistent explanation has yet been advanced, despite the enormous importance of the matter. Here, we use a recently implemented past climate emulator and an extensive fossil database spanning 2,754 archaeological records to model climatic niche evolution in Homo. We find statistically robust evidence that the three Homo species representing terminating, independent lineages, H. erectus, H. heidelbergensis, and H. neanderthalensis, lost a significant portion of their climatic niche space just before extinction, with no corresponding reduction in physical range. This reduction coincides with increased vulnerability to climate change. In the case of Neanderthals, the increased extinction risk was probably exacerbated by competition with H. sapiens. This study suggests that climate change was the primary factor in the extinction of Homo species.

These findings in a nutshell seem to suggest that our inability to adapt to warming or cooling throughout the years has played a big role in how different species of humans died out. This noting that of the ‘six or more different species of early humans’ only we homo sapiens have managed to continue to survive. I know, all of this might sound confusing but it’s quite informative overall.

“Our findings show that despite technological innovations including the use of fire and refined stone tools, the formation of complex social networks, and—in the case of Neanderthals—even the production of glued spear points, fitted clothes, and a good amount of cultural and genetic exchange with Homo sapiens, past Homo species could not survive intense climate change,” says Pasquale Raia of Università di Napoli Federico II in Napoli, Italy. “They tried hard; they made for the warmest places in reach as the climate got cold, but at the end of the day, that wasn’t enough.”

To shed light on past extinctions of Homo species including H. habilis, H. ergaster, H. erectus, H. heidelbergensis, H. neanderthalensis, and H. sapiens, the researchers relied on a high-resolution past climate emulator, which provides temperature, rainfall, and other data over the last 5 million years. They also looked to an extensive fossil database spanning more than 2,750 archaeological records to model the evolution of Homo species’ climatic niche over time. The goal was to understand the climate preferences of those early humans and how they reacted to changes in climate.

Their studies offer robust evidence that three Homo species—H. erectus, H. heidelbergensis, and H. neanderthalensis—lost a significant portion of their climatic niche just before going extinct. They report that this reduction coincided with sharp, unfavorable changes in the global climate. In the case of Neanderthals, things were likely made even worse by competition with H. sapiens.

“We were surprised by the regularity of the effect of climate change,” Raia says. “It was crystal clear, for the extinct species and for them only, that climatic conditions were just too extreme just before extinction and only in that particular moment.”

While we could ‘resist’ climate change (for now) it’s quite something to think about. Why is it that the people who lived before us and different versions of humans were unable to push through? That being said, the climate has done serious damage in the past and this kind of thing could be something we’re headed towards again with climate change being such an issue in modern times. What do you think about all of this?