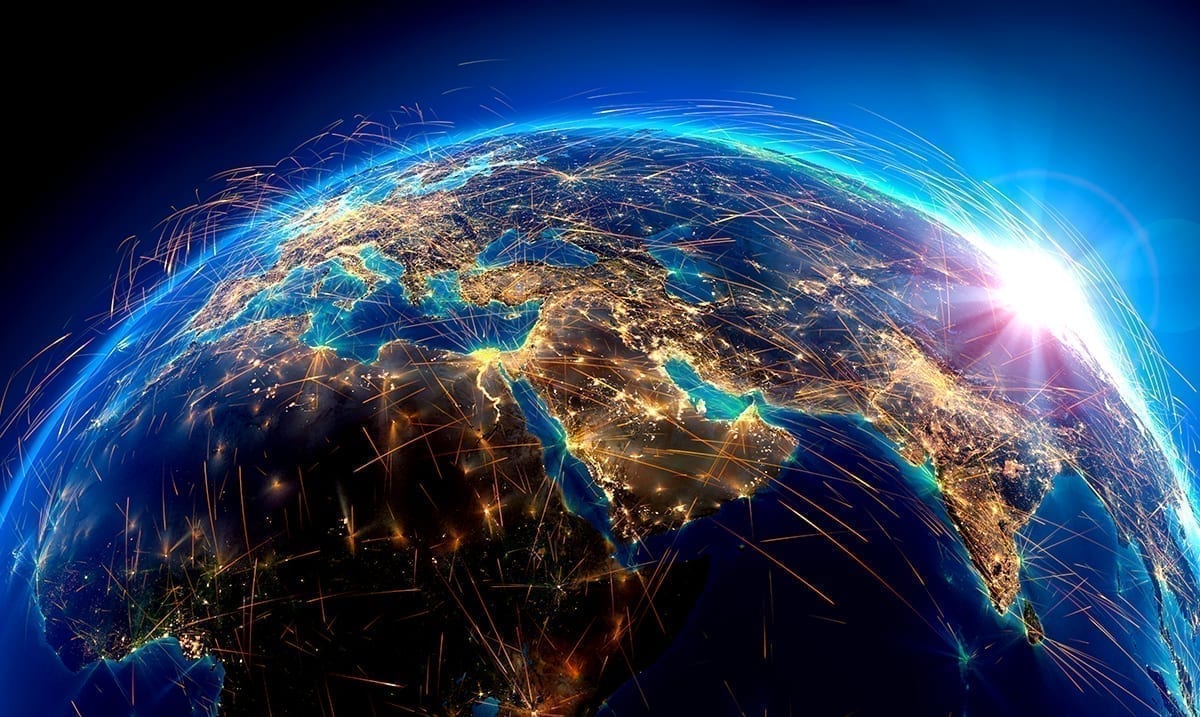 Findings Suggest A New Ocean Will Open Up In Africa

While it won’t be happening anytime soon, roughly five or perhaps even ten million years from now Africa will no longer be whole. According to recent findings, it seems the continent itself may end up tearing apart, yes tearing apart.

You see, Africa sits on top of tectonic plates and well, it’s actually right at the juncture of three of them according to NBC News. Since those plates are slowly peeling away from one another, this means the continent itself will do-so as well in time. Millions of years from now, Africa will be torn in two, and in the creases left behind we will see a ‘new ocean.’ I know, that sounds quite mind-blowing but it seems quite true at least when you look at the research.

NBC wrote as follows on this topic:

The African continent’s tectonic fate has been studied for several decades, but new satellite measurements are helping scientists better understand the transition and are offering valuable tools to study the gradual birth of a new ocean in one of the most geologically unique spots on the planet.

“This is the only place on Earth where you can study how continental rift becomes an oceanic rift,” said Christopher Moore, a Ph.D. doctoral student at the University of Leeds in the United Kingdom, who has been using satellite radar to monitor volcanic activity in East Africa that is associated with the continent’s breakup.

It’s thought that Africa’s new ocean will take at least 5 million to 10 million years to form, but the Afar region’s fortuitous location at the boundaries of the Nubian, Somali and Arabian plates makes it a unique laboratory to study elaborate tectonic processes.

Earth’s crust is made up of a dozen large tectonic plates, which are irregularly shaped, rocky slabs that constantly mash against, climb over, slide under, or stretch apart from one another.

For the past 30 million years, the Arabian plate has been moving away from Africa, a process that created the Red Sea and the Gulf of Aden between the two connected landmasses. But the Somali plate in eastern Africa is also stretching away from the Nubian plate, peeling apart along the East African Rift Valley, which extends through Ethiopia and Kenya.

When speaking to Christopher Moore from the University of Leeds, NBC noted that this specific place in itself is actually the only place that you can study how continental rift becomes an oceanic rift. Sure, we won’t see all of this happen in our lifetime but with the use of satellites, a lot has been predicted that’s for sure. Through the use of satellites, it seems the researchers going over this have measured the rate of movement ‘down to a few millimeters per year.’

NBC News also wrote as follows on the topic:

Over time, these rifting events will reshape the African continent.

Each plate boundary in the Afar region is spreading at different speeds, but the combined forces of these separating plates is creating what’s known as a mid-ocean ridge system, where eventually a new ocean will form.

“The Gulf of Aden and the Red Sea will flood in over the Afar region and into the East African Rift Valley and become a new ocean, and that part of East Africa will become its own separate small continent,” Macdonald said.

What do you think about all of this? I for one am quite blown away. While I won’t be around to see it, knowing it’s going to happen is insane. To read more about this please click here.