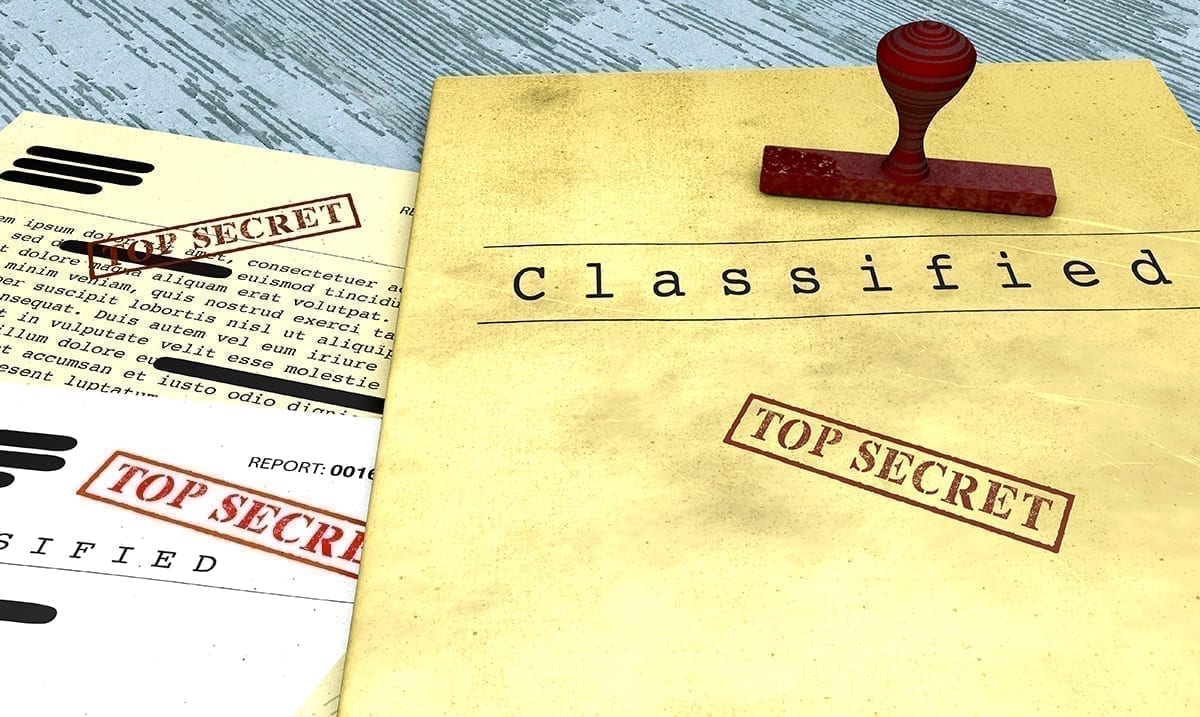 Files About Astral Projection, Parallel Universes And So Much More Have Been Declassified

Throughout the years the CIA and other powerful US organizations have researched different things that you might not have expected them to. Some of their experiments were basically like something you’d see in a science-fiction movie and well, as more information gets declassified things are coming to the surface big time.

For instance, back in 2017 information on a project known as stargate was released and it shocked many. While we’d heard rumors of this kind of thing for a long time, having concrete evidence of it was mind-blowing. For those who do not know, stargate was a mission the CIA carried out on psychic abilities and working to seemingly develop them. Through this the experiments done were an attempt to ‘provide an overview on remote viewing’ and other things of that nature.

You can actually click here to read more on stargate.

Another interesting thing we’ve got information on as time has passed is that the US Army did actually fund projects on things like astral projection and even hypnosis. While these experiments and things of the sort were carried out back in the 80s, learning more about them now is important. When people in this day and age talk about these kinds of things they tend to take them in a very spiritual manner but the government seemed to have other plans for them, big time.

Vice actually wrote as follows on the US Army and all of this:

According to the declassified CIA documents that I read, the US Army was extremely interested in psychic experimentation. From the late 1970s into the 80s, it even paid for intelligence officers to go on weeklong excursions to an out-of-the-way institute specializing in out-of-body experiences and astral projection.

The documents were declassified as early as 2001, but they caught my eye when they appeared in a /r/conspiracy post earlier this month. The psychic experimentation program, which was called “Project Center Lane,” interviewed Army intelligence officers in order “to determine attitudes about the possible use of psychoenergetic phenomena in the intelligence field,” according to the declassified CIA document from 1984.

As a huge fan of The X-Files, I couldn’t resist reading as much as I could about Project Center Lane, which looks like it could have appeared on the show.

In June 1983, Army Commander Wayne M. McDonnell was asked to give his commander an assessment of the psychic services provided by the Monroe Institute, a non-profit organization focused on treatments designed to expand a person’s consciousness. The Monroe Institute is known for its patented “Hemi-Sync” technology, which uses audio to synchronize the brainwaves on the left and right sides of the brain. According to the organization’s website, this makes the brain vulnerable to hypnosis. McDonnell himself had completed the seven-day psychic program the month prior at the institute, which is lodged in the middle of Virginia’s Blue Ridge Mountains in a town called Faber, about 30 miles east of Charlottesville.

McDonnell’s assessment, collected from his experience at the secluded institute, formed the basis of a 29-page Army document that featured detailed explanations of hypnosis, holograms, and out-of-body experiences. The document placed these phenomena in the context of larger ideas of consciousness, energy, space-time, quantum subatomic particles, and so-called astral projection, a practice that aims to transport consciousness around a metaphysical plane—a central idea in McDonnell’s assessment.

McDonnell cited a metaphor penned by Monroe Institute employee Melissa Jager in order to illustrate the nature of hypnosis. The metaphor says that a normal state of consciousness is like a lamp, which emits light in a “chaotic, incoherent way.” However, a hypnotized state of consciousness is said to be like a laser beam, whose thoughts and energy are focused like a “disciplined stream” of light.

“Intuitional insights of not only personal but of a practical and professional nature would seem to be within bounds of reasonable expectations,” McDonnell wrote, in reference to parapsychology.

You can actually click here and here to read more on astral projection in some of these declassified files.

Throughout the 70s and 80s, it really seems the US government as a whole was doing a lot more than most would have realized. While it might not sound like much to some, if you’ve ever looked into this kind of thing you know the implications that come with it. It seems there were and potentially still could be prominent people who believe strongly in the things that others believe could never happen or do not exist.

History.com wrote as follows on all of this a few years back:

The CIA shut down its work with ESP in the late 1970s, and the program moved to the U.S. Army’s Fort Meade in Maryland, where it was funded by the Defense Intelligence Agency. Over the better part of the next two decades, Congress continued to approve funds for the remote viewing program.

“It seems to me a hell of a cheap radar system,” Rep. Charlie Rose of North Carolina told fellow members of the House Select Committee on Intelligence during a meeting about psychic research in 1979. “And if the Russians have it and we don’t, we’re in serious trouble.”

Army veteran Joseph McMoneagle stood out among the remote viewers who worked with the government’s top-secret program. As he later told the Washington Post, McMoneagle was involved in some 450 missions between 1978 to 1984, including helping the Army locate hostages in Iran and pointing CIA agents to the shortwave radio concealed in the pocket calculator of a suspected KGB agent captured in South Africa.

Another remote viewer, Angela Dellafiora Ford, was asked in 1989 to help track down a former customs agent who had gone on the run, she recounted recently on the CBS News program 48 Hours. She was able to pinpoint the man’s location as “Lowell, Wyoming,” even as U.S. Customs was apprehending him 100 miles west of a Wyoming town called Lovell.

Publicly, the Pentagon continued to deny it was spending money on any kind of psychic research, even as reports leaked out in the 1980s of the details of the government’s experiments. Finally, in 1995, the CIA released a report conducted by the independent American Institutes for Research, which acknowledged the U.S. government’s long-rumored work with remote viewing for military and intelligence purposes.

The report also declared Star Gate as a failure, arguing that “it remains unclear whether the existence of a paranormal phenomenon, remote viewing, has been demonstrated.” Though the analysts acknowledged that some trials had been successful and that “something beyond odd statistical hiccups is taking place,” they concluded that any information remote viewing had provided had been too “vague and ambiguous” and did not produce “actionable intelligence.”

What do you think about all of this? I for one always find it to be truly interesting the more I learn in regard. To dive more into this subject, take a look at the video below. Successful or not, they were heavily researched.