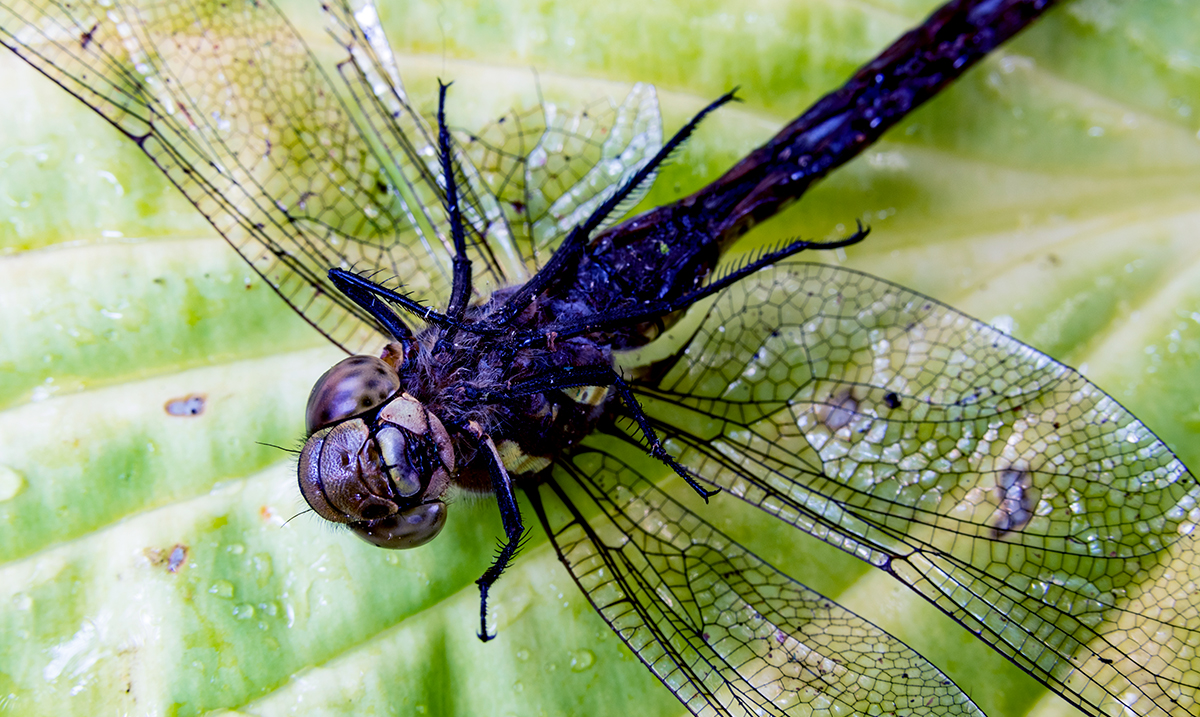 Female Dragonflies Will Literally Fake Their Own Deaths To Avoid Males

If you’ve ever gone to extreme lengths to avoid someone, you should be able to relate to the dragonfly. Rather than being intimate with their male counterparts some dragonflies opt to play dead, literally.

While this is specific to the moorland hawkers (a type of dragonfly) it is possible other species partake in the process as well. Rassim Khelifa from the University of Zurich, Switzerland while collecting larvae samples in the Swiss Alps several years back watched 27 out of 31 female dragonflies fall from the sky crashing to the ground and pretending to be dead this a means of trying to get the harassing males to move on. Khelifa noted that it is likely they do this as the moorland hawkers do not stay with their male mates once the act is done and their eggs are fertilized which leaves them more vulnerable to harassment.

Regarding why this is done National Geographic wrote as follows:

The mating ritual of the moorland hawker dragonfly—common around the ponds and wetlands of Europe, Asia, and North America—begins with what biologist Rassim Khelifa calls “an acrobatic aerial copulation.” While in flight, the female Aeshna juncea contorts so that her lady parts, which are near the end of her body, connect with the male’parts, which are near his thorax. Thus joined in a lopsided-heart shape, they land and complete the se* act, whereupon the female will head off to lay her eggs.

Before she can do that, other males may show up seeking sex. Evolution predisposes her to resist: She has limited eggs, her reproductive tract can be damaged by repeated copulations, she’s already been inseminated by the mate she chose, and the dragonfly male part is structured so that it removes any sperm present before making a new deposit. So to avoid further se*, she may fall down dead—or more precisely, she may fake death, dropping from the air and lying motionless in the ground cover.

This behavior itself was evolved to protect females against aggressive males but it doesn’t always work. This interesting ordeal was actually caught on film in more recent times as you will see below. The female really dedicated herself to the fake death and remained motionless until the male was finally gone.

It’s pretty interesting how smart these flying insects are. Did you know that dragonflies did this or were you as unaware as I was? Isn’t it fascinating?