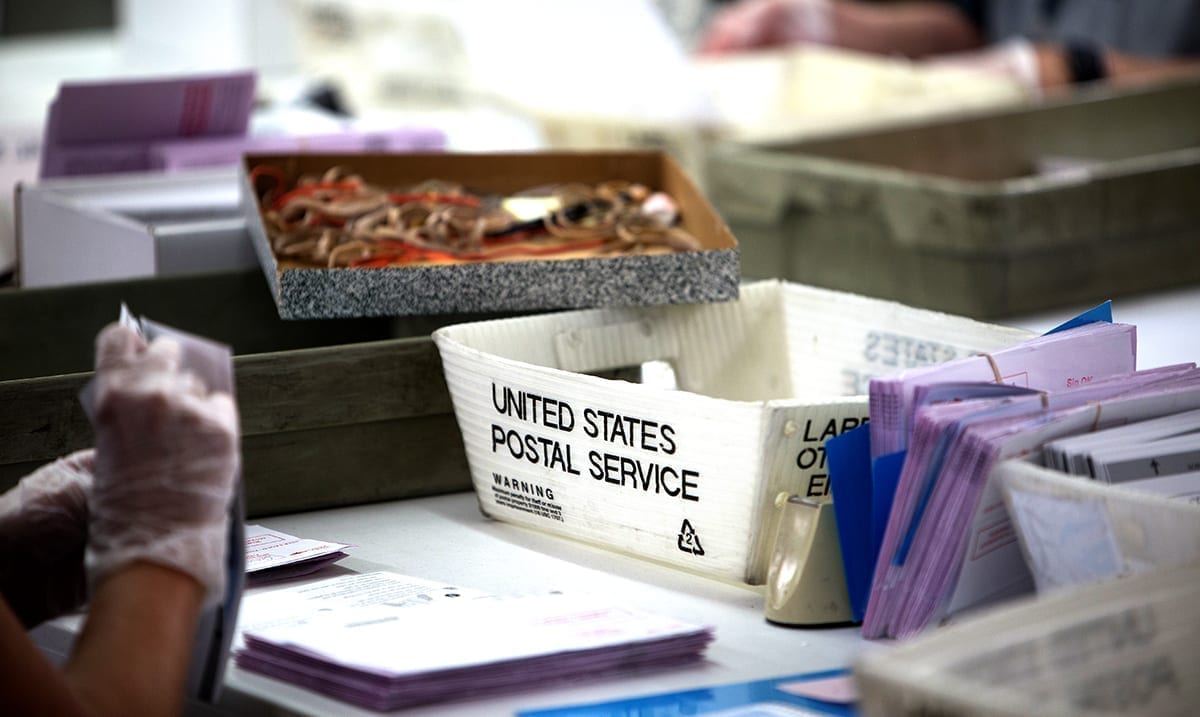 Right now, tensions are high as the votes are tallied up. This election is easily one for the books and has many on edge but there is a lot going on behind the scenes.

As of late, news of the US Postal Service failing to meet the Election Day order for postal inspectors has been making headlines. According to USA Today, it seems facilities in 12 postal districts have not been searched which means we’re left to wonder if there are any missing ballots out there. The order was basically one that had postal services to sweep through their processing facilities for missing ballots marked on or before the election day and well, with time ticking, finding any ballots that have been left behind is important.

Between Sunday and Monday, an estimated 10,000 ballots were directed to the Express Mail system for overnight delivery, Bray testified. Those pieces were either delivered by air or truck, depending on the proximity of the destination.

The effort took on fresh urgency in the past several days, with Bray telling the court that he instructed staffers to “do whatever you have to do” to accelerate election-related pieces. Beginning Sunday, he said it was mandatory for all ballots to be designated for overnight mail — a process that would now continue for states still accepting ballots for counting.

Although 29 states required mail-in ballots to be delivered by Tuesday, the remaining states have deadlines through the next two weeks. Mail-in ballots in Pennsylvania, for example, are due by Friday, while North Carolina ballots are accepted this year up to nine days after Election Day. California’s deadline — 17 days after the election — is the latest.

In court filings Wednesday morning, the postal service explained it had not complied with Sullivan’s deadlines for postal inspectors to conduct searches of the facilities on Election Day because the inspectors had been scheduled to come in later in the day. Postal service attorneys wrote the inspectors were scheduled “to conduct inspections at the most critical time when the vast majority of any ballots processed on Election Day would be on site.”

The service confirmed its employees — but not postal inspectors — had thoroughly searched all interior and exterior areas of its 220 mail processing facilities on Election Day, “as part of a longstanding review process in place to ensure that no ballots are left behind.”

On Tuesday in Pennsylvania, those searches produced a total of 13 ballots at two facilities, the postal service said. Three ballots were found and delivered in Johnstown, and 10 in Lancaster.

Sullivan is overseeing proceedings in a lawsuit filed in August by the NAACP and other groups to ensure timely mail delivery before the elections.

He issued the Election Day order after a growing frustration with reports by the postal service over the weekend that its delivery times were slowing and that it could not say for sure whether some 300,000 received ballots nationwide had been delivered.

Judge Emmet Sullivan according to Bloomberg since all of this has even gone so far as to state that ‘at some point, the postmaster is either going to have to be disposed of or appear before me and testify under oath.’ This as you can see means tensions are rising on the topic. Sullivan believes the postal service is very much in the wrong as they did not notify him ‘promptly’ once they realized they could not meet the deadlines set for the sweeps as a whole. The Washington Post has noted that according to the postal agencies data it seems there are over 300,000 mail-in ballots that have not been fully traced.

What do you think about all of this? I for one think it was bound to happen. While mailing in your vote was a good idea this year considering the pandemic, the mail system as a whole seems to lose track of things quite often.