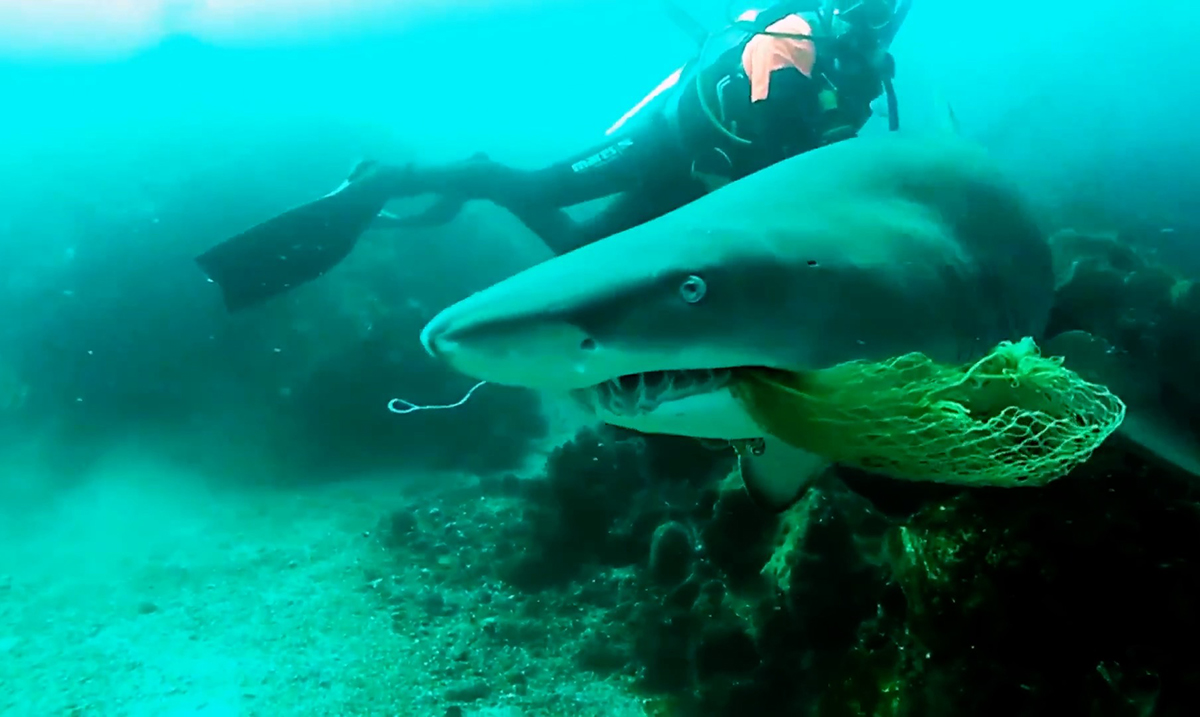 While a lot of people would not think twice about rescuing a cute turtle, seal, dolphin, or other ocean animals not everyone would be willing to stop and help a shark. This shark was going to lose its life if the events that unfolded did not occur.

You see, in this world, we use and waste a lot of things most of which are plastic. We lose nets in the water while out fishing and don’t bother to go after them. We cause things like this to occur and we need to take responsibility.

Inaki Aizpun was diving in Australia’s Byron Bay and noticed a shark in need. This shark happened to be a grey nurse shark and is listed as a vulnerable species. It had a rope of some sort coming out of its mouth and he thought that was odd after some thought he realized that the shark had eaten or attempted to eat a plastic net and the rope was all that was left outside of its body.

Basically, the net was stuck in this shark’s mouth and without being removed would cause this shark to suffer until it eventually died. As you will see in the video, the net is very much stuck. The shark already appears weak and scared, unsure of what Aizpun’s intentions were. While it did take some time he was able to free to shark allowing it to finally eat again.

Aizpun posted his footage on Youtube with the caption as follows:

SAVING A SHARK FROM A TERRIBLE DEATH!
You can watch in this video my thrilling experience in Byron Bay saving a Grey Nurse shark from a painful death, strangled by a deadly fishing net!
Please, SHARE IT to create awareness of how fishing nets are killing the diverse marine life in the oceans!

He fought to get close and managed to do what he felt needed to be done and because of this, the beautiful shark is able to continue on living. To see the whole ordeal please check out the video below. We need to pay closer attention to the waste we are producing and especially when out in the ocean, we need to be sure that our nets are coming home with us.

Thanks to the Dodo for the featured video.